Maybe you spent too much on shoes, and payday is still a few days away.  Maybe you’re on a fixed income.  Maybe more than one person in the family has “La Grippe” (antique term for influenza), and a trip farther than the mailbox and/or trash bin right now is about as doable as a quick jaunt to Paris for lunch.  Or, maybe you’re snowed in.

But there are empty bellies, and the accompanying sad eyes.  So whatever chain of events brought you to this juncture, it’s here.  You’ve got faces to feed, and you’ve got to do it with what you have on hand.

To research what might become dinner with a seriously depleted larder, I decided to play a mental version of Chopped, a Food Network show where the competing chefs get a basket of disparate odds and ends, then try to make something original and edible.

For inspiration, I chose a few items from my freezer, and inventoried my pantry.  You probably won’t have the same ingredients (that’d be weird and a little creepy), but maybe something similar that could spark some ideas.

I found a bag full of chicken from a ginormous rotisserie bird I plucked from Costco.  I’d already used half of the meat so had about 3 cups of clucker.

With it I could make:

Chicken salad flavored and sauced according to what else is in the kitchen.  I could make tacos.  Or mix it with some Eastern NC bbq sauce and have barbecue night.  Chopped and added to a frittata along with whatever kind of cheese on hand and some par-cooked spuds.  Folded into some cheese sauce and spooned over rice or pasta.  Stirred into soup or white bean chili.

There’s a package of pre-formed hamburgers in the freezer.  I could make them as burgers and dress them according to what’s in the fridge.

There’s no law that says they have to stay burger-shaped; or if I leave them as burgers, how I must fix them.  I could make burger parmesan by laying them in a dish, covering with marinara and melting some mozzarella on top.  I could make a cream sauce and have creamed beef burgers on toast.  Remold them into meatballs and slowly cook them in sweet and sour sauce, or a sweet smoky barbecue sauce.

But what if that proverbial cupboard is well and truly bare?  Say you’ve got one blue box of mac and cheese, and a few odds and ends of this and that. 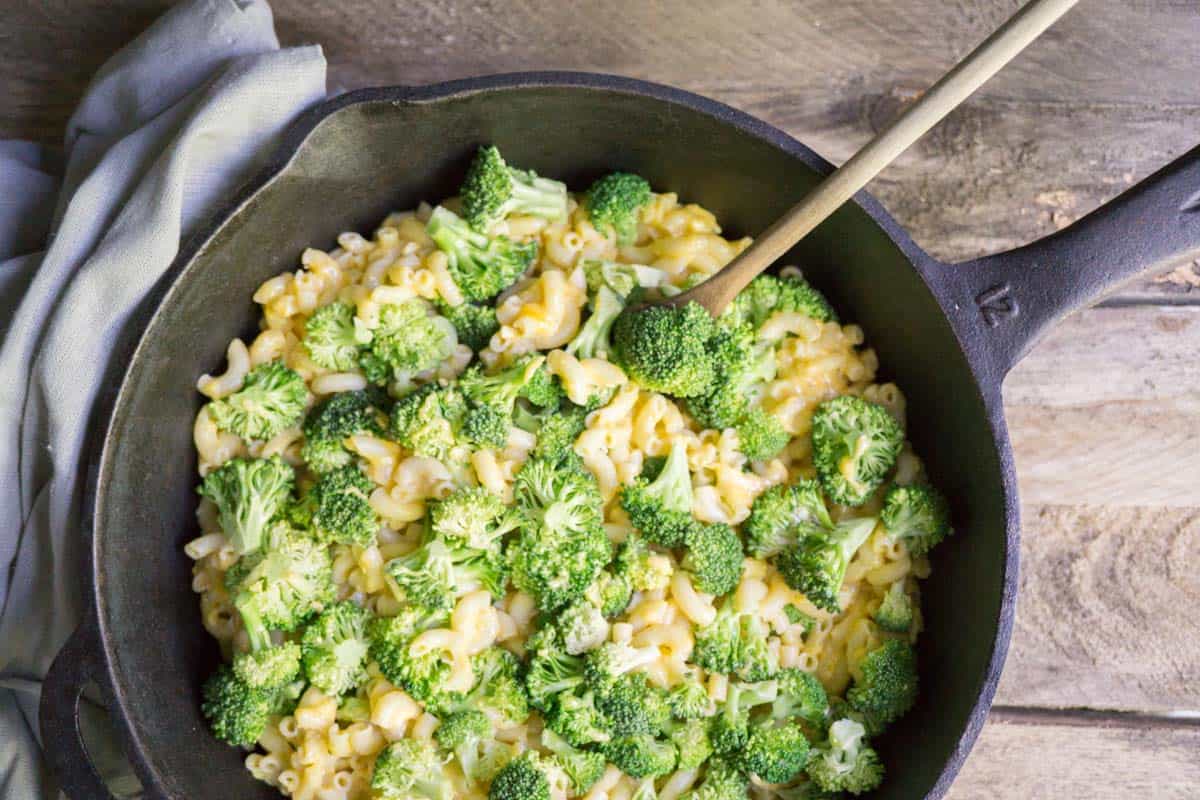 You could add veggies, like broccoli or shoe peg corn.  You could add bacon to it and then top it with a poached egg.  Or, make a frittata by pouring the mac which you’ve prepared according to directions in and around the beaten egg in the skillet.  If you want something that takes a little more work, but is heretically indulgent—make the mac, cool it, slice it, and then do a three-part dredge (flour, then egg wash, then breadcrumbs), let it set up in the fridge for at least an hour, then panfry it to golden brown.  Top with something green and lightly dressed; for contrast and to lighten it up some. 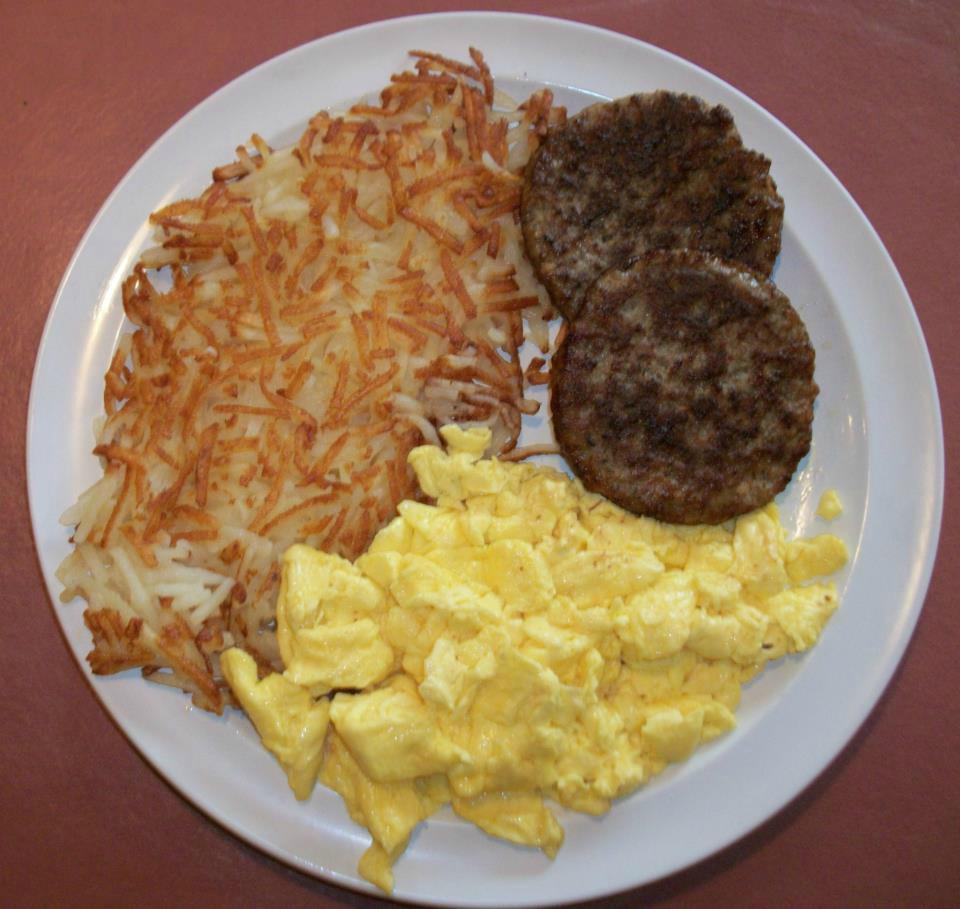 And last, but actually one of my favorite need-to-go-to-the-grocery-store dinners is breakfast.  I scramble up a mess of eggs.  I always have a few potatoes floating around my kitchen, which I make into hash browns.  Then I add toast, or bacon, or even a small salad.  It’s the kind of feel-good meal that might just make you forget (or not care) why you couldn’t make it to the supermarket in the first place.