I’ve had a genius idea that may change the world in which we live for all time.  I am sharing it free of charge, with no other motive but to assist my fellow human.

And, I’ll tell you all about it in a minute.

Clothes shopping for guys is nowhere near as fraught with guilt, anxiety, and frustration as it is for those of us of the female persuasion.

For guilt, we have fast fashion; inexpensive, trendy clothing that usually comes from overseas, and thus has possibly been manufactured under less than ethical circumstances.  That might be an adorable $15 sweater, but it also may have been produced by a child, in a tyrannical dictatorship.  And then, there’s the internal debate to determine our worthiness of the money about to be spent.  Do we really deserve this?

Anxiety arrives in the dressing room with an overly critical eye.  The accompanying soundtrack is the echo of every intrusive voice that has ever commented on a woman’s body.  The chorus consists of moral judgments about the tightness of the pants, the height of the skirt, or the depth of the neckline.

The third horseman of the shopping apocalypse is frustration.  There is no standard when it comes to size.  Even within the same store or designer collection.  In a brick and mortar store it manifests in the necessity of trying on four sizes of the same garment to get a good fit.  That’s bad enough.  But it makes online clothes shopping a nightmare.

This unreliability of clothes sizing leads me right back to my brilliant brainstorm. 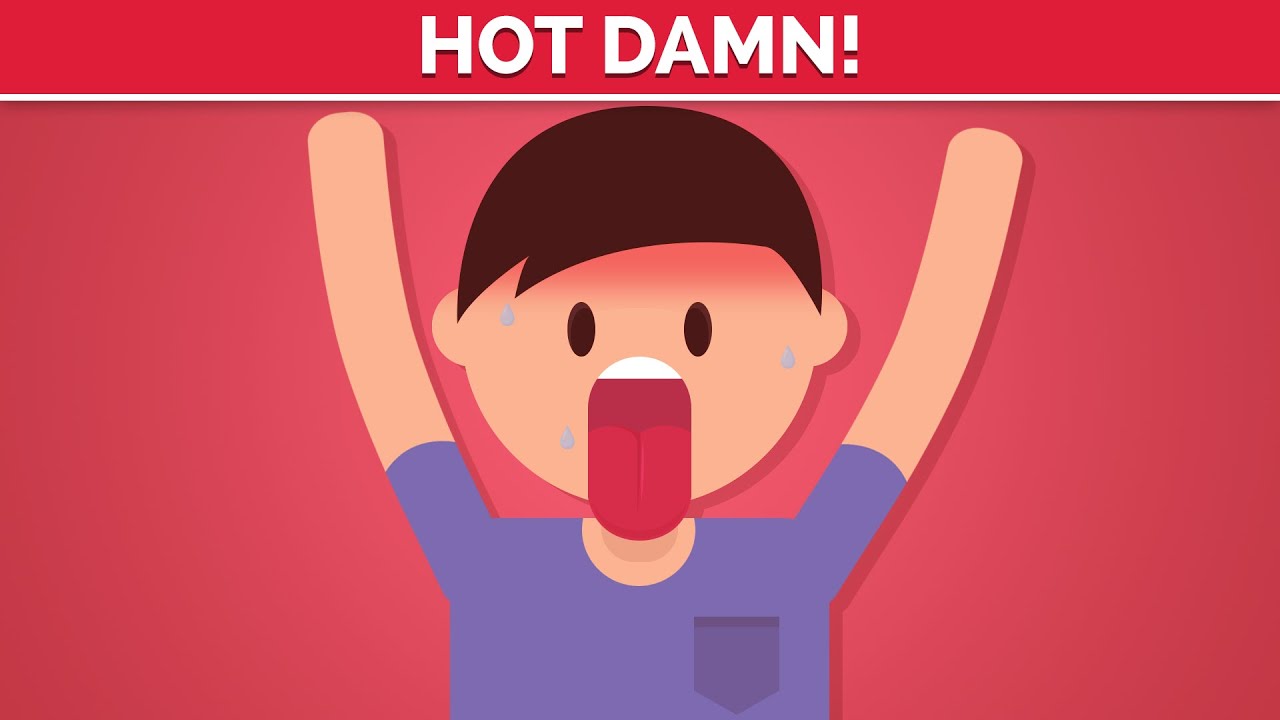 I have very little stamina when it comes to spicy food.  My palate has an extremely low tolerance for fiery.  Sometimes a surfeit of black pepper can be too much.  And it’s not that I’m a baby, or a picky eater.  I’d love to able to chow down on the kind of food that brings a tear to one’s eye.  But it literally causes me pain.

The hottest pepper that I can usually eat is the relatively mild poblano.  Although a big fan of fried foods, jalapeno poppers have never crossed my lips, and four-alarm chili is at least 3 & ¾ alarms too many.

The substance that creates the heat in peppers is a compound called capsaicin.  It’s quantified with something called the Scoville index.  This number can vary from zero in bell peppers and pimentos, to 1000-2000 for poblanos, to 2.2 million for the newly engineered Carolina Reaper.  To illustrate this amount of hellfire, eating a whole Reaper can carry with it the possible side effects of hallucinations and death.  Heck, the lowest level of weapons-grade pepper spray comes in at 2,000,000.

Based on the scale, it’s easy for anyone to figure out their heat tolerance.

But when shopping or dining out, one must make do with complete subjectivity.  Bottles of salsa are labeled, ‘hot’, ‘medium’, or ‘mild’.  Restaurants are even worse.  Try asking a server about the level of heat in a dish, and you’ll get something like, “It’s not too hot”, or “It’s a little spicy”.  There needs to be a better way.

Well, now there is, and it’s my proposition; instead of leaving your well-being to vague generalities, declare the spiciness in concrete Scoville units.  Put it right on the menu or label.  You’ll know exactly what you’re getting into.

Then never again will the timid of palate take a bite of a dish marked “mild”, and feel like they’re dining on a heaping helping of volcanic lava.

One thought on “The Burning Question”