I’ve been thinking about getting a tattoo, but please don’t misunderstand me.

I shed blood with a disturbing regularity.  From kitchen knives to the zipper on my Levi’s, if something has an edge, I figure out a way to perforate myself with it.  But because I hate needles and shots so very much, I haven’t had a tetanus shot since the 11th grade, when I wrecked my friend Billy’s motorcycle.  And what is a tattoo, if not getting a few hundred thousand shots, one right after the other?

I’ve been thinking about the act of a random human getting a tattoo.

The most important thing our random human must do is make an informed decision about the what and where of it.

Do you really want to be full when you’re faced with this?

It’s like a being at a buffet the length of a football field, and you can only eat so much before you drop dead.  What if there’s a lot of good stuff up front?  Your plate might be filled before you get to items that may be chocolate.  Or have frosting.

Yup, somebody did this on purpose.

So, what if you pick something ridiculous to have permanently inked on your body?  You think the internet has a long memory?  Think about the permanence of a portrait of Santa, Martha Stewart, and Churchill playing Yahtzee while wearing footy pajamas inked upon your tender flesh.  Or decisions made while under the influence of chemicals.  Or under the influence of the one, highly moronic buddy everybody has; you know the one with ideas that sound “Epic Bro!” late at night, but more like utter lunacy in the cold light of day? Maybe you don’t pick something dumb, or offensive, or pornographic.  But maybe, you pick one that screams. “Drunken sorority girl on spring break 2002”.  There are reputable tattoo shops who refuse to do tired clichés like butterflies, dolphins, and roses.

And you know there’s no Grammarly anywhere on your body.  Misspellings and grave grammatical errors can and do occur.  Do you really want to travel this road called life with “Daddy’s little angle”, “Never don’t give up”, or “You only live wunce”?

Keep looking…there’s a second one.

Okay, you’ve thought about everything that can go wrong, picked something totally original and meaningful, and there are no words to misspell.  It’s now time to figure out where it’s gonna go.

Will it be in a secret spot that only you, your physician, and the TSA know about?  Or will this art be for public consumption?  The tattooist will shave hairy areas before they’re inked.  But unless you want that spot-on Madonna portrait to look like the bearded lady at the circus, you’re going to need to keep on shaving.

Don’t forget the thousands of needle pricks.  Unless there’s not an inch of sag or flab on your bod, there’s a troubling dichotomy; soft padded areas are tough to legibly ink and tight bony places are excruciatingly painful.  And some places are both soft and painful; like palms of hands and soles of feet.  Palms and soles also fade fairly quickly.  So, you’ve spent hours paying lots of your hard-earned money to someone to torture you, and it fades to illegibility in eighteen months.

It’s imperative that you make a considered decision when picking the body part to be decorated.  For most people, tattooed faces and hands signal the human canvas has given up on polite society.  Tattooist put this thought in a different, harsher statement; they call the locations: “everlasting job stoppers”.

Don’t call us, we’ll call…Hey! What are you doing with that knife?

But really, all joking aside, there are plenty of intelligent, thoughtful folks who choose to be tatted up (The Kid is one of them).  It’s not my bag, but hey, you do you.

My point and plea is think before you ink.  Like tattooist Craig Jackman from American Electric Tattoo Company in Los Angeles says, “I like it when people put thought into their stupid ideas.” 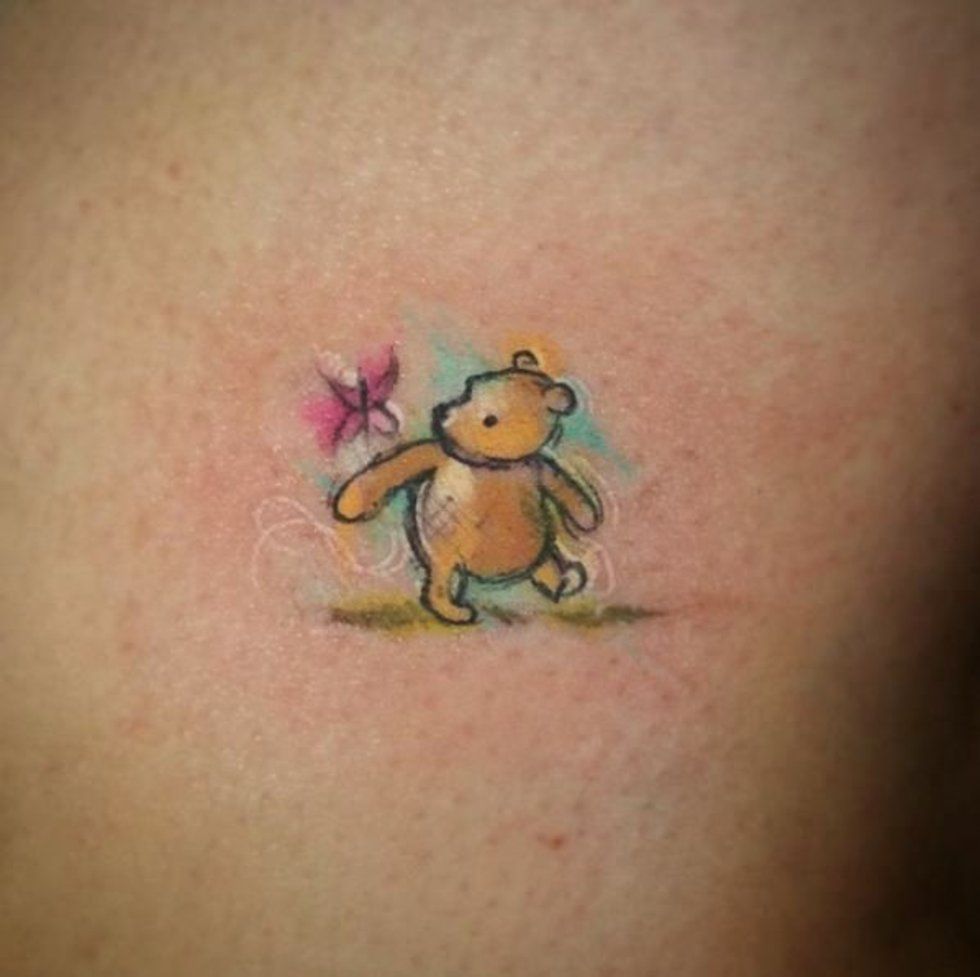