She was the living embodiment of the old saying that beauty is on the inside.

Being stationed in Puerto Rico on a military base was an interesting state of affairs.

We were literally living in a vacation paradise.  We got to experience a culture that for some, was completely unlike anything we’d ever known.  Rent and utilities were provided by Uncle Sam and thus microscopic compared to living stateside.  There were also far fewer opportunities to spend money on shopping, and eating out.

All of these factors meant that most families had an unusually large amount of disposable income. 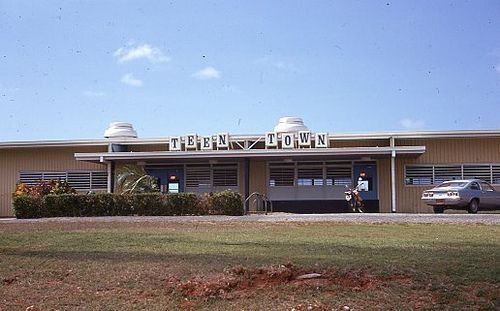 I can’t speak to “Teen Town”, I wasn’t a ‘teen’ when we lived in Puerto Rico.

The military takes family morale very seriously.  There were swimming pools, movies, bowling, beaches, theme nights at the base clubs, USO shows, sponsored trips, and horse stables.  Our ranch was the Lazy R. 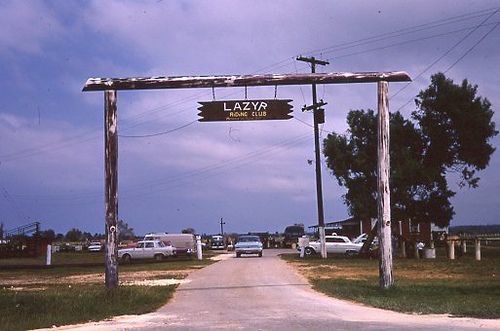 This is actually my Lazy R, back in the day.  It sure did seem bigger then.

Most horse folks in the area knew that the people at Lazy R had a soft spot for animals in trouble.  Sick, abused or neglected, we could almost always be counted on to step up, take them from the situation, and give them a good home where people would love them and take care of them. 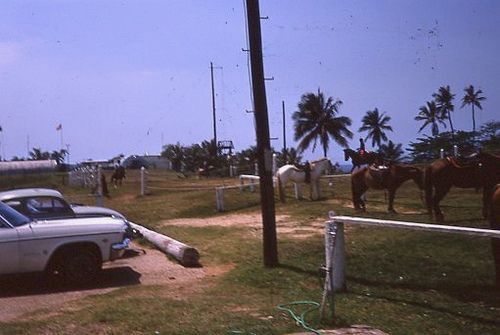 One day my dad told me about a young mare that had had some troubles in her life but needed somebody to love her, take care of her, and make her feel safe.

Her name was Coqui.

The horse on the far right looks just like Coqui.

She was a beautiful little horse; her coat was a deep, rich chestnut flecked with black.  Her flowing mane and tail were a deep ebony.  Her head and ears were small and aristocratic.  Her large intelligent brown eyes were heart-breakingly sweet.  Coqui was almost perfect—she only had one flaw.

Her mouth was completely mutilated.  Her lips were scarred, twisted and mangled.

Dad explained that almost before she was old enough to be ridden, she had been stolen, by what had to be people fashioned from pure evil.  They didn’t have a bridle but wanted to ride, so they used a makeshift bridle.

Made from barbed wire. 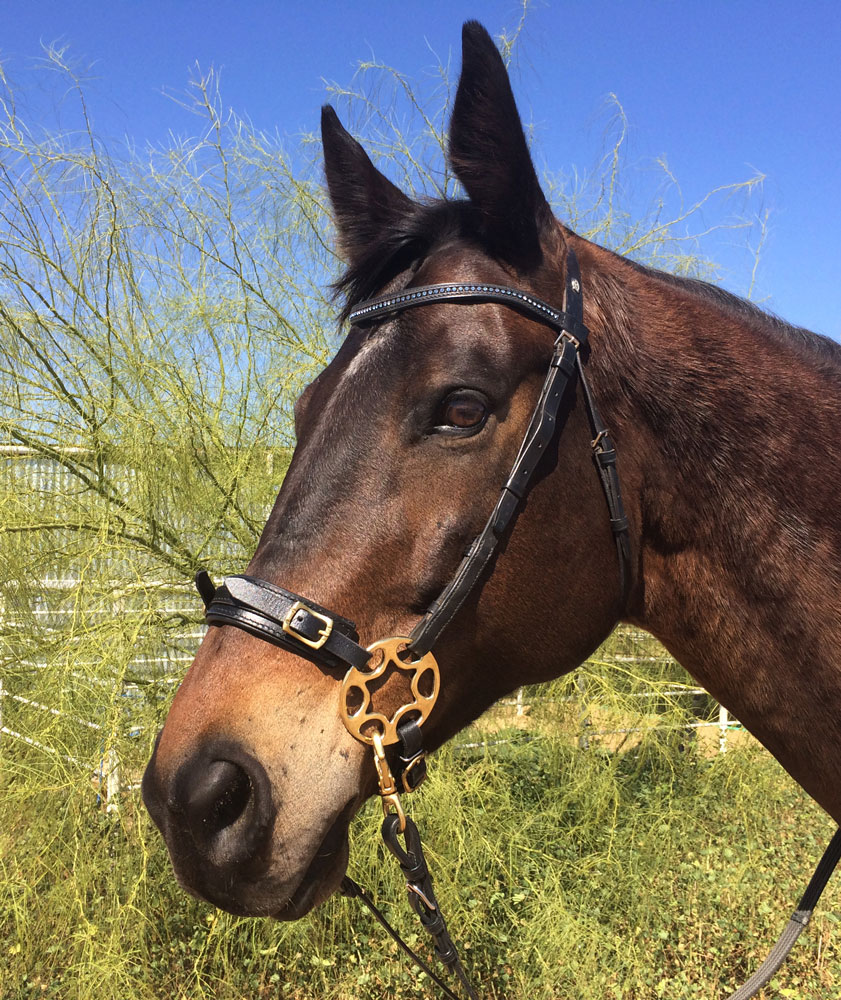 Because of the damage, she could only be ridden with a hackamore.  Instead of a bit that went between her teeth, a hackamore had a padded leather band that went around her muzzle.  The light pressure provided was enough to use on a well-trained, responsive mount.

I’d never been around a horse with a sweeter disposition.  She was eager to please in everything she did.  Instead of angry and skittish, the unspeakable abuse had made her wise and gentle.

She wasn’t a very fast horse, or outrageously nimble.  But she put her whole heart into everything I asked of her.  I loved her, and she loved me.  We were inseparable.     I would have lived at Lazy R if I could.  Or failing that, happily shared my bedroom with her.

I try to live in a way that leaves me with few regrets.  But one of my biggest concern that sweet little mare.

When it came time to move to our next home, we had to sell all three horses.  But, I really hate endings and goodbyes.  I guess that as a military brat, I’d lived through too many of them. 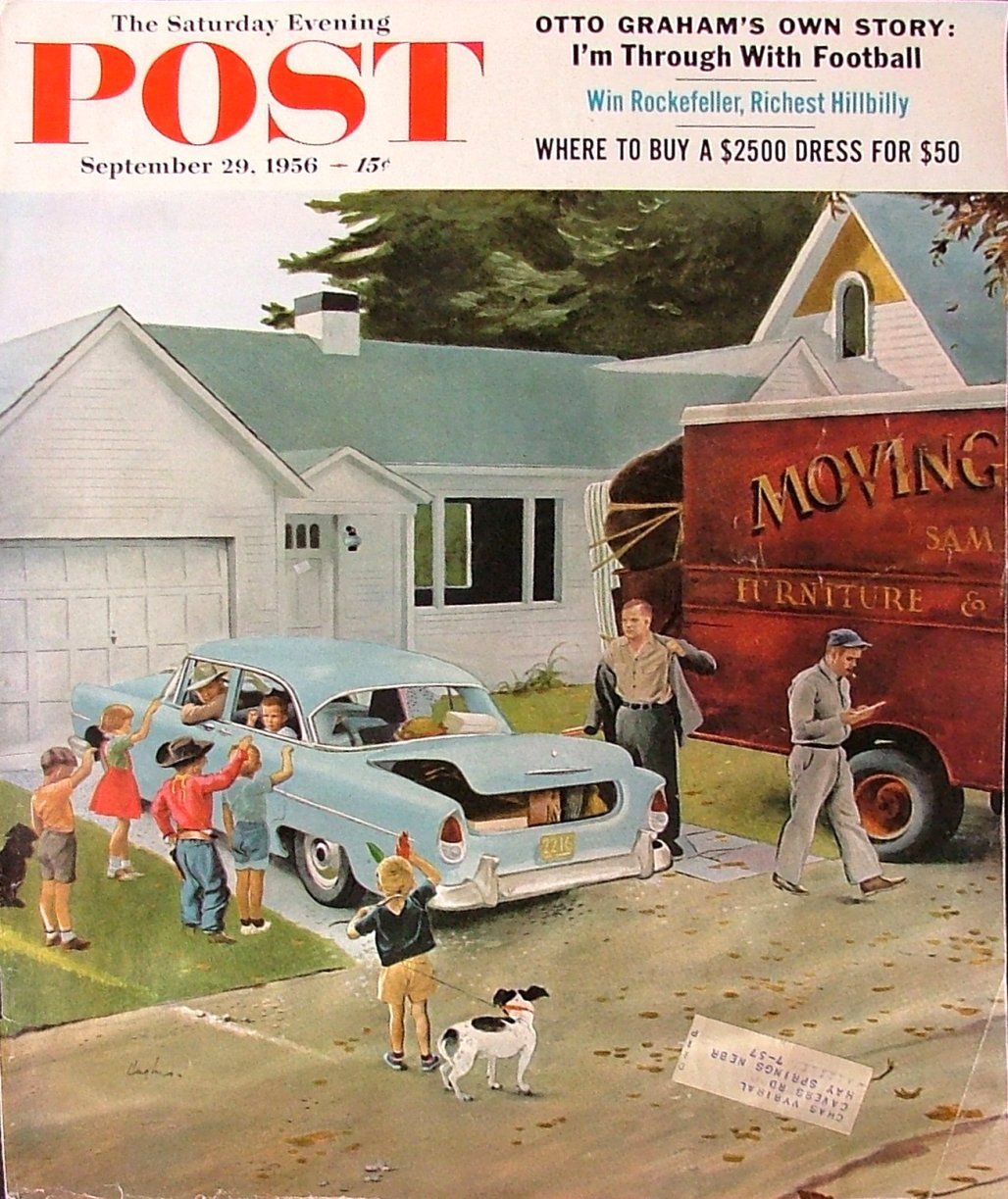 Because of my weakness, the day we handed over the horses, I couldn’t face it and stayed home.  I never said goodbye to my sweet, sweet girl.  I so wish I had.

So, I have a bit of advice.  Rarely in this life do we get the foreknowledge and opportunity to say a final goodbye.  If you can, do it.

Saying goodbye hurts, but it’s an honest pain that we owe to ourselves and the ones we love.  Consider it the price of admission.

One thought on “Coqui & Me”