There’s one huge bonus which comes from growing up in a Coast Guard family.

Every base where my Dad was stationed was on the water.  I’ve lived on both coasts, the Gulf of Mexico, the Caribbean, the beautiful Pasquotank river, and Lake Michigan.

When I was 5, we lived in Alabama  The Coast Guard owned cottages on Dauphin Island, approximately 35 miles from our house in Mobile.  We stayed there occasionally on vacation.  But the much more important aquatic story took place in Mobile at the end of our street, at the neighborhood swimming pool.

I think my Coast Guard rescue swimmer father is part otter, so he was the designated swimming pool, river, ocean, overly-filled bathtub, deep-potholes-after-a-heavy-rain parent. Dad and I spent many hours together in the water.

One day I was bobbing around in the shallow end when I saw a kid younger than me swimming.  I thought to myself, “I’ll bet I could do that.”

Oh, don’t misunderstand me.  This was a graceless stroke that a drunken penguin might employ.  But I was swimming; and I’d taught myself.  My style could be refined later.Four years later, we were living in Elizabeth City.  My folks sent me to a Girl Scout camp in Virginia.

Yeah, it did.  It totally did.

This was where I got formal swim training.  I became proficient in all the strokes, and a junior life saver.

Later that year we moved to Puerto Rico.  We lived on a military base on the very northwestern corner of the island, thus were surrounded by beaches.  The base also had two Olympic-sized pools.  For three full years, I swam somewhere almost every day.

This is where I learned what an undertow was, and how to deal with it: Don’t fight it-you’ll only exhaust yourself, which is when people drown.  Keep your head up and tread water until you come out the other side, then swim to shore—you’ll know when you’re out.

I was best friends with Kitty Murphy. We were inseparable, and became honorary members of each other’s families. 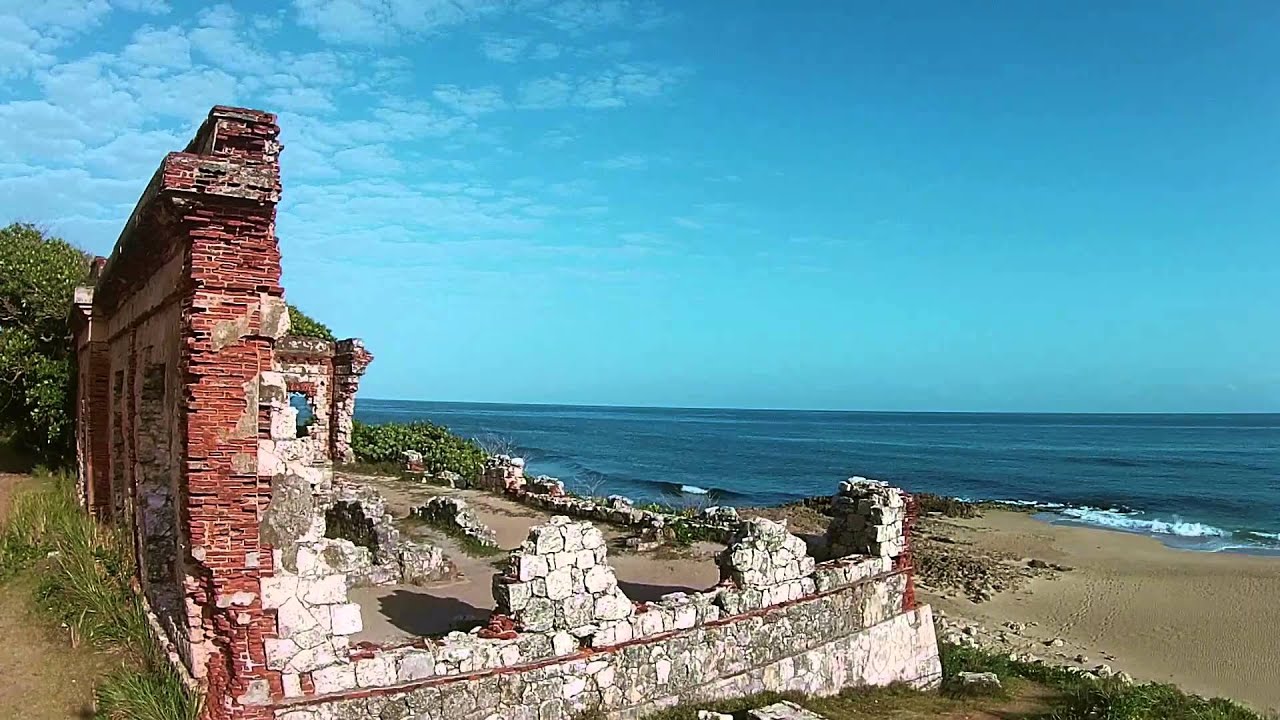 Lighthouse Beach at Punta Borinquen, in Puerto Rico.  The spot where I learned all about flushing.

Very often I would tumble into the car with the rest of the Murphy kids for trips to the beach.  I learned how to body surf, and learned the definition of an ocean related phenomenon: being flushed.

A truly unpleasant and unnerving experience, flushing is when one is caught up in a breaking wave and held underwater while the ocean spins you like a Maytag washer.  It’s an occasional, unavoidable occurrence when body surfing.

The entire Murphy clan found it pie-in-the-face funny.  Truthfully, I did too, when it wasn’t happening to me.  It’s hilarious to see someone furious with the ocean.

My beach of choice has always been the Outer Banks.  My very favorite thing to do in the ocean gives poor Petey heart failure.  I swim straight out as far and fast as I can (maybe a quarter mile), stop and rest a minute, then turn around and swim to shore.

I relish testing my limits and the absolute solitude.  Petey sits on the sand and mentally rehearses the phone call to inform my parents their only daughter has drowned, been eaten by a shark, or lost in international shipping lanes.

My watery tale has a heartbreaking ending.

In 1986 we moved to the Piedmont and four hours from the beach.  My maritime opportunities dwindled drastically.  It has now been so long, I no longer even own a bathing suit.

So, if you hear I’ve been arrested for indecent exposure, don’t worry.