All were geniuses ahead of their time.  And all, in one manner or another, were unappreciated by their contemporaries.

For dinner tonight, Petey and I dined on two foods that are also frequently unloved and misjudged: asparagus and duck. 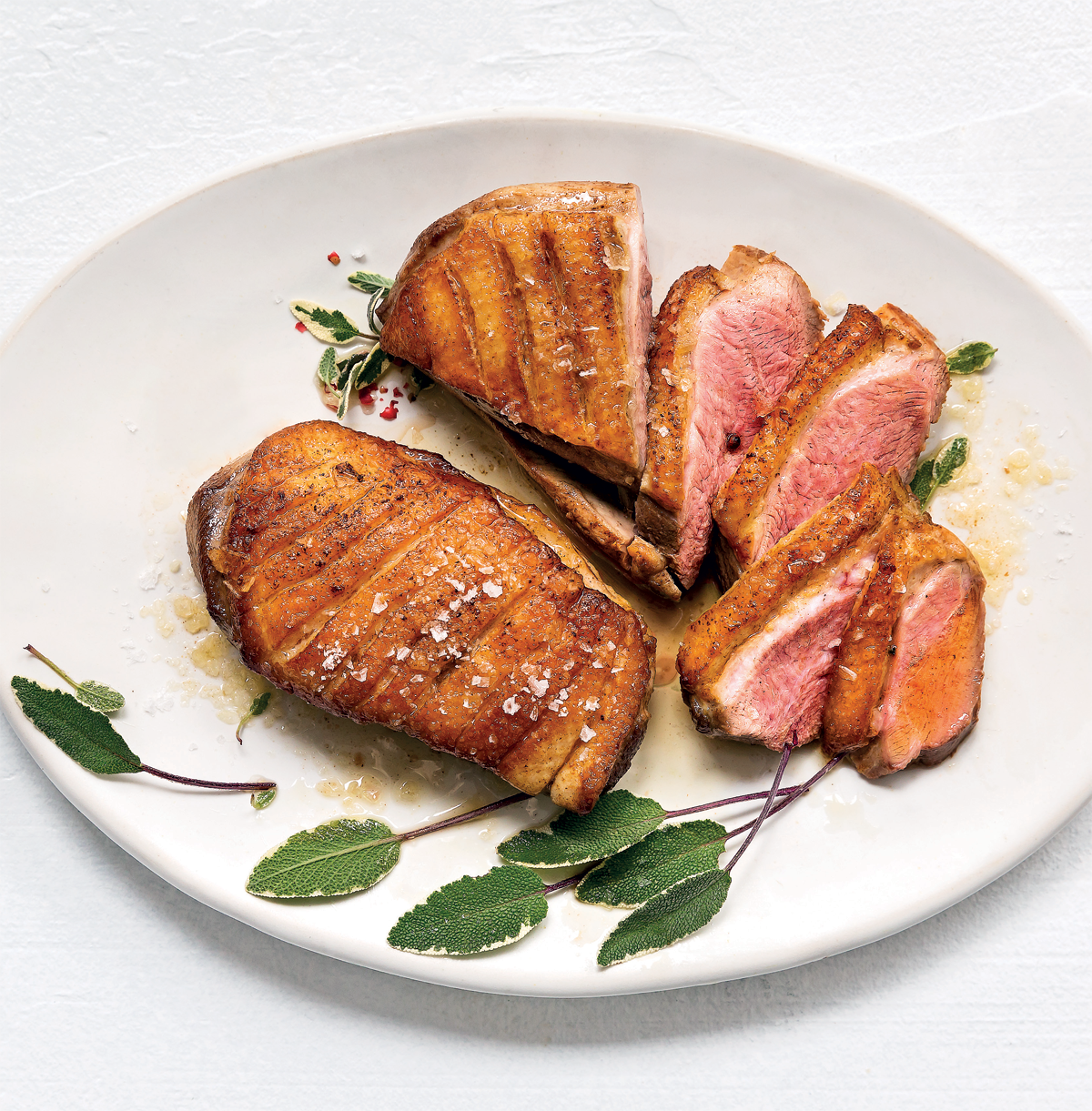 The Matthews family has been eating duck for many years.  A correctly cooked breast is very much like a bacon-wrapped, medium-rare fillet mignon, but with more flavor.

My mom, survivor of one too many overly cooked, overly sweet 1970’s duck ala orange hates, hates, hates it.

She cooks her steak to solid gray.  She was also raised to cook meats to dry chalk; so the idea of duck breast with a red center terrifies her. Duck confit is duck cooked very slowly in its own fat.  The meat is then pulled off the bone, and used countless ways.

Our confit was cooked, but pale and flaccid.  I removed the skin and cut it into strips.  Then I slowly rendered it.  Once brown and crispy, I placed the quacklings on a paper-towel lined plate, and salted it.  I left the fat in the pan.  I had two big plans for those couple of tablespoons which I had harvested.

The first was in rice.

I left in about half the fat, and reheated the skillet.  When it was nice and hot, I placed in a chopped yellow onion, and one cup of uncooked brown rice.  Stirring constantly, I sautéed until rice and onion were starting to brown.

I moved the rice and onions to a sauce pan.  Then I poured in 1 ½ cups of chicken stock, and added the cut-up duck.  I covered the pot, set it on medium-low, and let it cook about 50 minutes, or until the liquid was gone and the rice was tender.  Then I let it sit, covered for 10 minutes.

When rice was off heat, I turned my attention to the asparagus.

Years ago, an asparagus farmer had given me a tutorial.

When pencil-thin, the plant is either too young or old and played out.  A fully mature plant in its prime will give you fat stalks the size of your thumb which every knowledgeable asparagus aficionado craves.  When I see restaurants trying to pawn off limp emaciated veg, it really makes me angry.

The two main reasons why many people don’t like the vegetable are the serving of unsuitably immature stalks and overcooking it to mush.

Cooked asparagus should still have a crunch to it, otherwise it is slimy and unpleasant.

Tonight I blanched it in heavily salted water.  Once it turned bright green, I removed it to salted ice water to stop the cooking.  When it was time to eat, I poured the last bit of duck fat into the skillet and turned it on medium-high.  I seasoned the asparagus, then cooked the vegetable until the skin began to blister and char marks appeared. 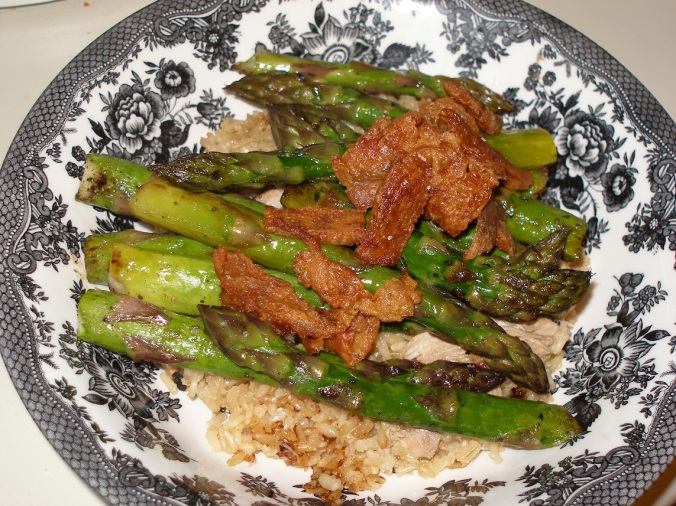 I plated our dinner in shallow bowls.  First in was the chewy brown rice and duck meat.  Over it I laid the charred asparagus spears.  And to make the dish even more decadent, I topped the whole thing with a handful of the rendered skins.

My friend, Chef Chrissie once told me that one couldn’t truly say they didn’t like a specific food unless they eaten it prepared by someone who knows what they’re doing.

Now, if I could only get my mom to show Daffy or Donald, some love.  Heck I’d even settle for Huey, Dewy, or Louie.