Before I write another word, for the sake of your circulatory system and my conscience, I need to be completely honest with you, Gentle Reader.

Poutine (pronounced poo-teen), is to health food what Rolls Royces are to economy cars.  Classic Canadian poutine is French fries, drenched in gravy, and covered with cheese curds.

I love poutine, but because of its sinister health connotations, I indulge infrequently.  I had it twice in Vermont at a restaurant called The Skinny Pancake; a crepe joint.  It was love at first bite, but honestly, I was already half in love just from the description of the dish.But depressingly, even poutine can be ruined.  One morning I had breakfast at the Pancake. 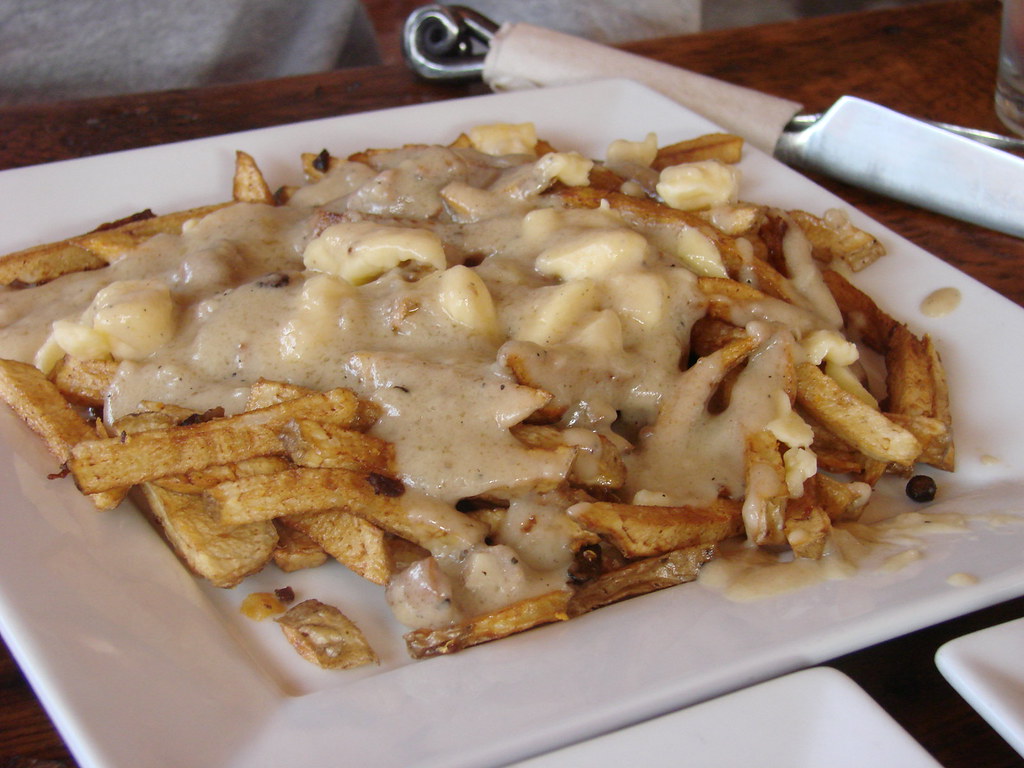 …and their glorious poutine

But depressingly, even poutine can be ruined.  One morning I had breakfast at the Pancake.

Because it was the AM, they offered a breakfast version.  It was covered in mild sausage gravy and topped with poached eggs.  The gravy was like sage-flavored wallpaper paste, and the eggs were so overcooked they might have been hard-boiled.

I was so disappointed I almost cried.

I succumbed to poutine at lunch yesterday.  And it was really good.  But again, so very calorific and rich that The Kid and I shared an order, and last night for dinner I was fine with just some fruit.

The moral is, they can be transcendent—or dismal.  But, despite my experience with the ghastly jacked-up poutine, I am constitutionally unable to not tinker.

So The Kid and I collaborated and invented a couple of new twists.  But first, a quick tutorial on the technique for making an easy, quick gravy—‘cause it ain’t poutine if there ain’t gravy.

There are only four steps:

Fry-In a large heavy pot, sauté the base.  Get some type of fat hot.  It can be butter, oil, or render some bacon.  Then toss in some kind of base; onions, mushrooms, or meat (like that delicious, delicious bacon).

Roux- Remove the meat or veg once it’s caramelized.  Then sprinkle in flour and whisk and cooked for a few minutes until it starts to get a little color.  Rule of thumb is ¼ cup light-colored roux will thicken 2 cups of liquid.

Deglaze- Add cold liquid to the hot pot.  This will immediately lower the temp and allow you to scrape up brown bits.  If using alcohol, allow it to almost cook out, then pour in enough stock to make an unctuous sauce.  Add back veg, but hold bacon for garnish.

This procedure can be used to make almost every type of gravy.

The first twist on poutine is really simple.

Instead of fries, use tater tots.  Cover with lashings of mushroom/onion gravy in which you deglazed with sherry, then added beef stock. Sprinkle on a big handful of coarsely grated hoop cheese on top.

How about some sweet potato poutine?  Make sweet potato fries, either homemade or store-bought.  This time use goat cheese, and red-eye gravy.  For the gravy, cook bacon until it’s brown and crispy.  Remove bacon from pan and stir in flour.  Then add a couple cups of coffee and whisk until thick.  Top with crumbled, crispy bacon.

I hope you try some version of poutine.  But think about it as a day at the fair.  There’s a good reason it only rolls around once a year. 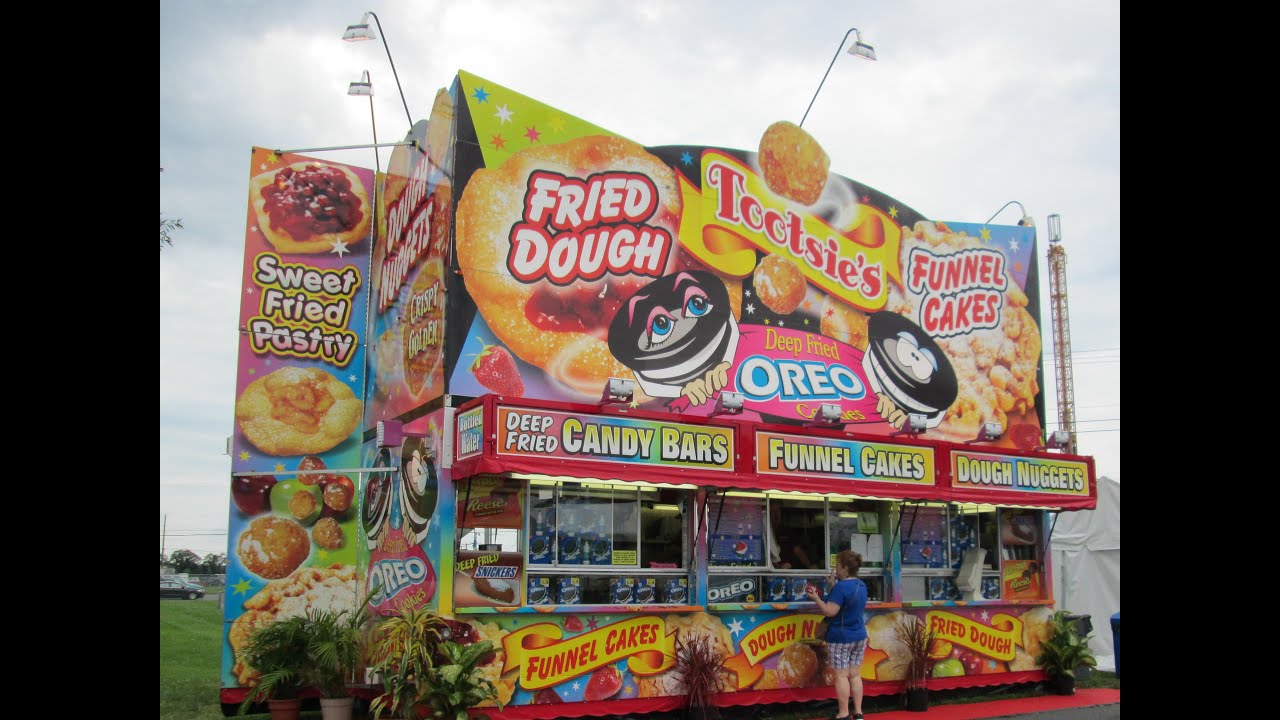 One thought on “May we suggest poutine?”