That’s a grand total of 8736 meals (you would not believe how difficult that simple bit of math was for me—and I was using a calculator).

The upshot of all this is that I have cooked a lot of food, including many, many, many side dishes.  And at about dinner number 1283, I started getting tired of my customary vegetable dance of, “microwave until hot and add melted butter”.

I was desperate for a new song for my tired, boring veggies to waltz to.

I started by overhauling my preparation procedure for bags of frozen vegetables; peas, mixed veg, and other similar types.

First, the microwave got a pink slip.

Except for a very few exceptions, I now cook the veggies, frozen or fresh on the stovetop in a non-stick skillet.  It treats the vegetables with more respect, which always adds more flavor.  It also takes roughly the same effort, and can be prepped and ready to go well in advance.

The formula is simple and works with everything.  You can increase or decrease it depending on the number at your table.

Throw everything into a skillet.  Cover, turn on medium-high and cook until the veggies are hot and the liquid is bubbling.  Uncover and cook until the water is cooked off and formed a sauce.  Take off heat, stir in herbs, and serves.  Serves 4.

This technique also works really well with fresh carrots, with only a few tweaks.  Because they take much longer to cook, you need to start with more water.  Also, you can cut them into any size or shape you like (I usually cut them into slices on the bias), but it’s very important that they all have roughly the amount of same surface area, so they finish at the same time.

You can also switch out the sweet component, and the spices.  I have used maple syrup, jam, brown sugar, sorghum, and even reduced root beer.  As for spices, nutmeg, Chinese five spice, and pumpkin pie spice all work.  You can mix and match to your family’s taste and what’s in your pantry.  No need to go buy something special, just work with what you have on hand.

Lately, I’ve been buying large bags of rainbow carrots.  The Durham Coop and Whole Foods normally carry them, at about $1 per pound.  You could also use this procedure with another root vegetable like parsnip or beets.

All in together glazed carrots

Put everything into a skillet.  Cover and cook on medium-high until the carrots are tender (about 10 minutes).  Uncover and cook until the liquid has reduced to a syrupy glaze.  Check for seasoning and serve.

The last recipe is for green beans.  It’s from my brilliant child, The Kid.  It’s truly my new favorite way to eat them.

Put oil in a small pot.  Give each garlic clove a smash to bruise it, and drop it into the pot.  Turn on medium-low.  When the oil begins to simmer, turn off and let sit to cool.  Strain out the garlic.

Line a large baking sheet with foil.  Toss beans with garlic oil, salt and pepper.  Spread out on baking sheet.  Place pan under broiler for 4 minutes.  Toss and cook for another 4-5 minutes until they’re cooked and blistered (in spots—not all over).  Serves 2-3.

I hope you enjoy these veggie ideas.  Maybe after the next thousand or two meals, I’ll come up with another new take on an old veg. 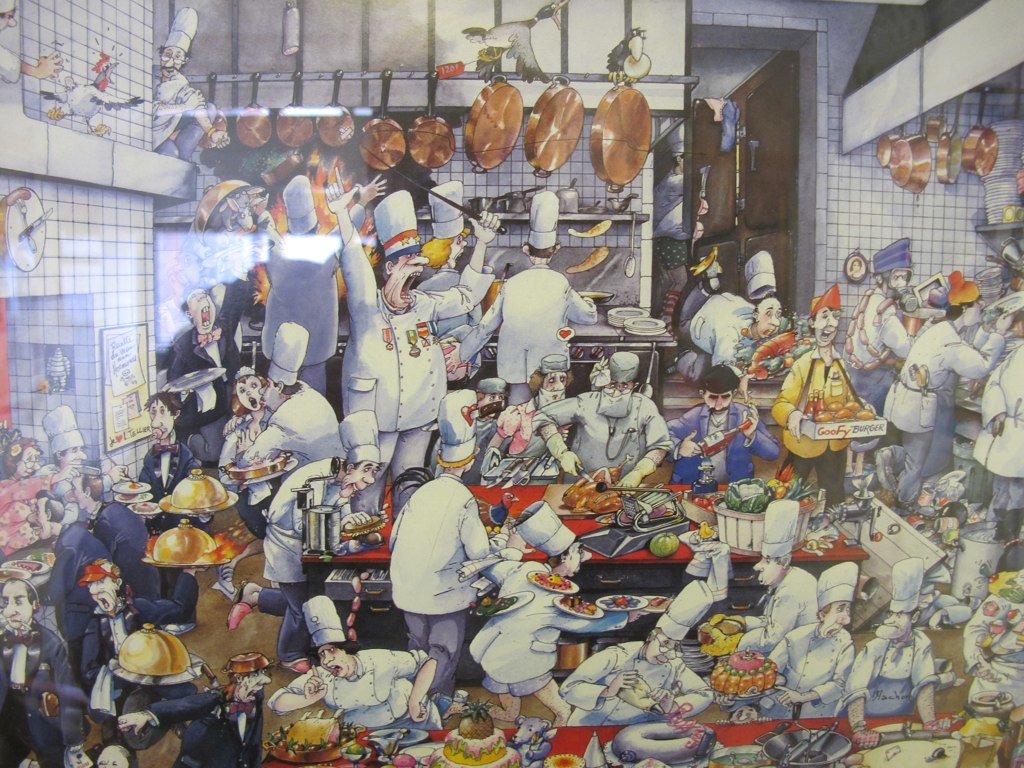