Every year The Kid and I get some type of expensive or hard-to-find food item for Christmas.

Some years it’s heritage grits from Anson Mills in South Carolina.  Some years it’s vanilla beans.  But every year Santa brings me some kind of indulgent eatable. One day, while visiting the North Pole Costco with Mrs. Claus, the jolly, pink-cheeked couple spied split ducks, pre-cooked and vacuum-wrapped.  Knowing how much The Kid and I enjoy duck, on Christmas day, we each found a duck under the tree.  Each half came with a plastic pouch of orange sauce which was pretty much just sugar and orange food coloring.

The pouches were discarded as quickly and carefully as if they were glowing packets of strontium 90.

For New Year ’s Day I made what has become kind of a tradition for dinner.  Creamy, buttery Anson Mills grits, black-eyed peas cooked with bacon, and a mound of sautéed spinach.  It’s warm, comforting, and hey, if the universe wants to give me good luck and piles of money in the New Year, who am I to argue?

As always, I made too many grits.  I decided to pour them into a square vessel and spread them out as smoothly as possible—I had a kind of an idea.  I also had some spinach left which was saved as well.

A few days ago I took one of the packs of duck out of the freezer.  More of the idea had coalesced.

The plan was to cut the grits into two pieces, and grill them in a frying pan with a butter.  The center would be creamy, with a browned, crusty outside.  I would then warm the duck in some sort of sauce, lay it on the grits, and top the whole shebang with the reheated spinach.

Later that night I was still thinking about what kind of sauce for the duck.  Duck is really rich, and the grits are rich and creamy, too, so I didn’t want anything heavy and fatty.  I decided to shred the duck, and put it into a saucepan with some Sweet Baby Rae’s barbecue sauce.  There’s lots of flavor, but not fat.  Also, I thought the vinegar in the sauce would, along with the lemony spinach, help cut the richness. 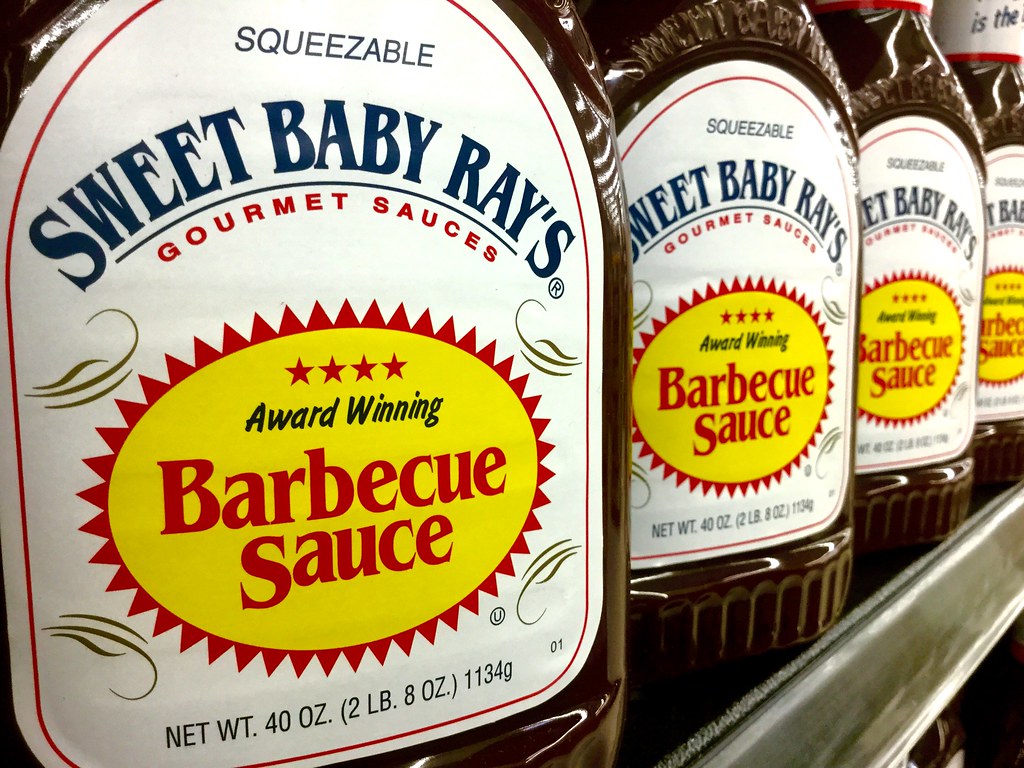 The duck came on the bone, with the skin on, which was pretty flabby and anemic. This was actually good news because that meant that the fat had not rendered out.  I pulled the meat off the one, and sliced the skin into strips. I laid it in a cold skillet and cooked it on medium-low until all the fat had rendered out and the skin was golden and crispy.  If this had been pork skin, it would have been called cracklings.

I salted the crispy bits and gave them to Petey.  That man ate every single piece.

I ended up with a couple tablespoons of duck fat.  Chef-type folk love this stuff and even call it ‘liquid gold’.  It makes the best fried or roasted potatoes you’ve ever eaten.  I was going to put it in the fridge and with the fat from the second half of the duck, do something potato-ey with it.

Then I glanced at the grit cakes I was preparing to toast in butter, and had a better idea.  Let me tell you, grits are good.  Anson Mills grits slow-cooked with loads of butter are darn good.  Pan frying them into cakes with butter would have been great.

But cooking those puppies in duck fat were astonishing.  I cooked the first side covered, to make sure they were warmed through.  I uncovered the skillet and flipped them.  When that side was golden brown I plated.

The duck which had crispy, mahogany-colored caramelized bits went on next.  Then the whole thing was topped with sautéed spinach.

It was darn good.  Petey and I both cleaned our plates.

I’ve gotta say; if I were a duck, I wouldn’t feel that my life was in vain to have ended up in a dish like that.

Aside from all the being killed and eaten thing, of course.