Alright you guys, today I’m bringing you all along for culinary jalopy ride/scientific experiment.

Here at Chez Matthews, we love smothered pork chops.  But there’s a major fly in the ointment when using modern grocery store pork.

Today’s modern mass-produced pork has very little fat.  Many pork chops, either bone-in or boneless are from the very leanest part, the loin.  This makes for a tender and juicy chop when cooked just to 143 degrees.  But when cooked low and slow this quality translates to dry and stringy.

I’ve been thinking about doing a slow-cooked smothered pork dish that would only get better by a long sojourn in a low oven.

A North Carolina gold mine.

A pork butt (or shoulder), the cut used to make NC barbecue and carnitas, is full of fat and connective tissue that when cooked slowly becomes tender and unctuous.  But, they’re huge hunks of meat.

There is though, a compromise cut.

It’s something called boneless country ribs.  They aren’t actually ribs, but cut either from the blade end of the loin near the shoulder, or the shoulder itself.  The leaner loin-cut rib works here, but the best cut for this dish is the butt.

Happily, it’s also a buck or two cheaper than its leaner neighbor. 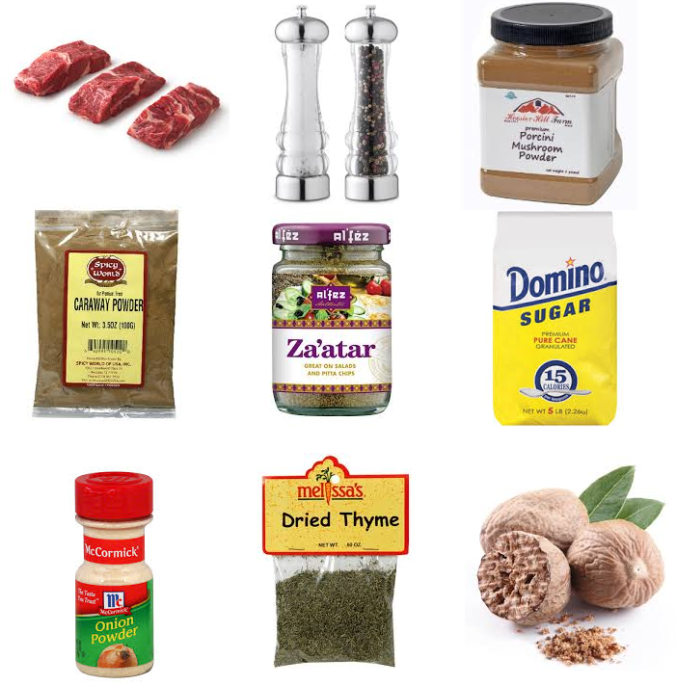 Cook on medium-low until golden amber in a large heavy pot with lid. Remove from pot.

Heat the same pot on medium-high.  Brown meat on all sides in 2 tablespoons vegetable oil.  Remove from pot and set aside.

Melt butter in a small saucepan on medium-low.  Whisk in flour and cook until the color of peanut butter.  Set aside.

Preheat oven to 250.  Heat pot on medium-high.  Add mushrooms, rosemary, and 1 tablespoon thyme to pot along with ½ teaspoon salt and ¼ teaspoon pepper.  Cook until liquid has released from the mushrooms and cooked off.  Add cooked onion.  When mushrooms begin to brown, add jelly and tomato paste.  Cook until jelly dissolves and tomato paste has begun to darken (about 3 minutes).

Pour in wine and cook until pan is dry again.  Add stock, stir in mustard, Worcestershire, and dairy.  Heat until boiling.  Whisk in roux until gravy thickness.  Check for seasoning.  Add in meat and cover.  Place in oven and cook three hours.  When done, skim off any fat from the surface.

Well, it turned out delicious.  The meat was literally falling-apart tender.  The connective tissue had completely broken down and gave it that rib-like mouth feel.

And Petey, who I sometimes think likes pork more than he likes me, loved it.  He claimed the leftover pork and rice for lunch tomorrow.  I also had two deli containers of gravy left.  One portion will be used for baked meatballs in a day or so.  The other’s in the freezer for a future project to be named later.

So, my experiment was successful.  But really, how bad can pork and gravy ever be?  It’s not like my kitchen fiddling was going to create a monstrous porcine/human hybrid.   But just think; if it did we could have had a huge pig pickin’ that could baste itself and make the sides. 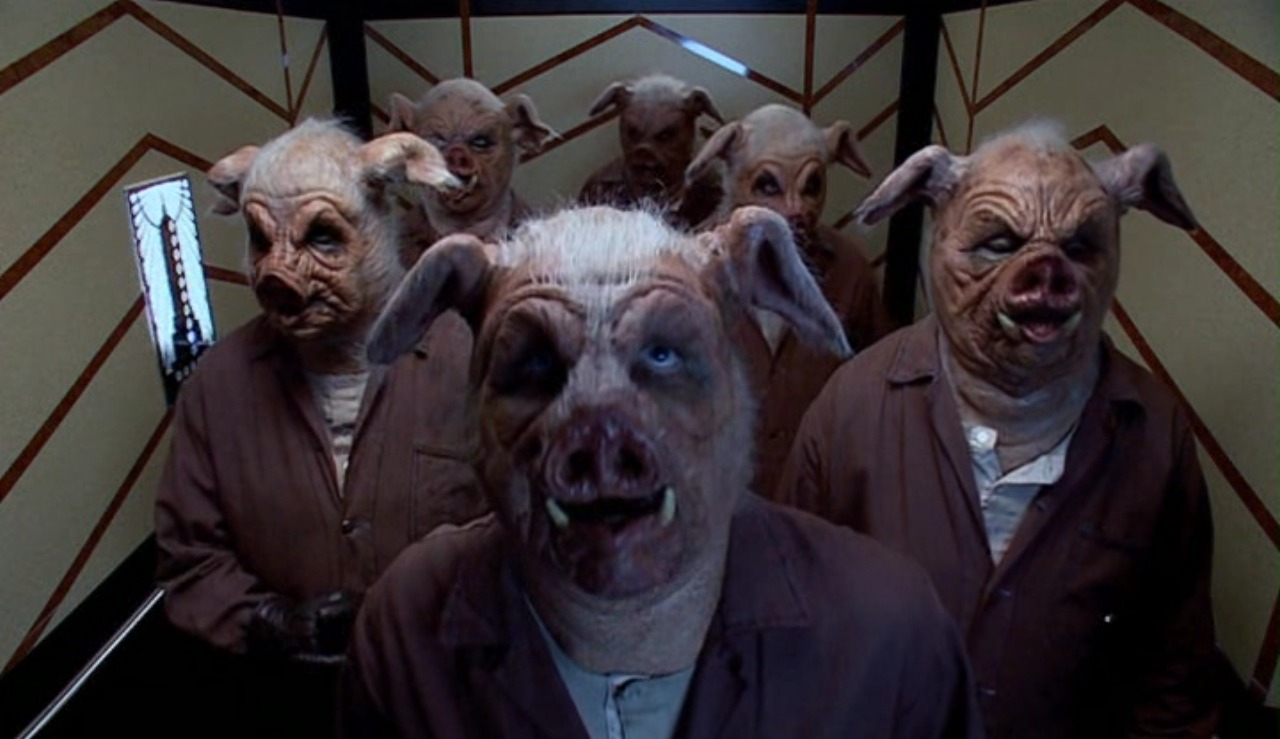 Don’t worry, this is actually a still from a Doctor Who episode.