There are 40,000 different varieties of rice on this earth, and in keeping with a life-long rebellious spirit, my favorite, wild rice, isn’t even rice at all—it’s a grass.

After thirty years of wedded bliss, and soon after purchasing a bag of brown rice from Costco the approximate size of a grain silo and, my beloved husband Petey decided to reveal he’s no fan of brown.

I like white rice just fine.  But white is white because all the healthy stuff has been stripped away.  It’s so nutritionally void that US law mandates the resulting grain must be “enriched” with vitamins B1, B3, and iron.  Brown rice is a whole grain.  It’s also more flavorful, with a chewy, nutty texture.

But anyway, back to Petey.  I discovered that if I prepare rice blends I can get him to eat the healthier version.  Most grocery stores have blends.  Usually there’s brown, wild, and maybe red or black.  The prepacked blends are convenient because they’re meant to cook together, with no math necessary to calculate preparation times of each grain.

Recently I came up with something using a whole grain blend and loads of vegetables.  It didn’t have a ton of fat, and was flavorful enough to eat without any kind of gravy or sauce.  And the rice that was left over I made into patties, and fried them into cakes to serve with bacon and eggs another night when we had breakfast for dinner.

6 celery stalks, cut in half length-wise and sliced

Heat fat in medium saucepan.  Stir in onions, celery, thyme, and a pinch of salt and pepper.

Cook until all liquid is released, cooked in, and the veggies are starting to caramelize around the edges. Pour uncooked rice in pan and cook, stirring frequently until it’s nutty smelling, and the rice starts to lightly brown.

Stir in wine, and cook until the wine is totally absorbed.  Stir in cold butter until it’s melted in and the rice and veg have started to brown a tiny bit more.

Pour in stock and bring to boil.  Cover, lower to medium-low and cook for 20-25 minutes or until all the liquid has cooked in.

Pour peas on top of rice and without stirring, re-cover and let stand for 15 minutes.  Gently fold in peas, add cheese into rice, and serve.

If you’re contributing to the Thanksgiving table, add steamed broccoli, mushroom soup (homemade), a heavy hit of hoop cheese, and this confetti pilaf can be the foundation of a jacked-up broccoli rice casserole. Or, add dried cranberries, toasted pecans, some sage, and some oysters, you’ve upped the game on dressing.  For something crazy unexpected, put the rice into ramekins, cover them with a custard, bake slowly in a water bath, and you have an elegant rice flan to liven up the table and get folks talking—plus it’s delicious. 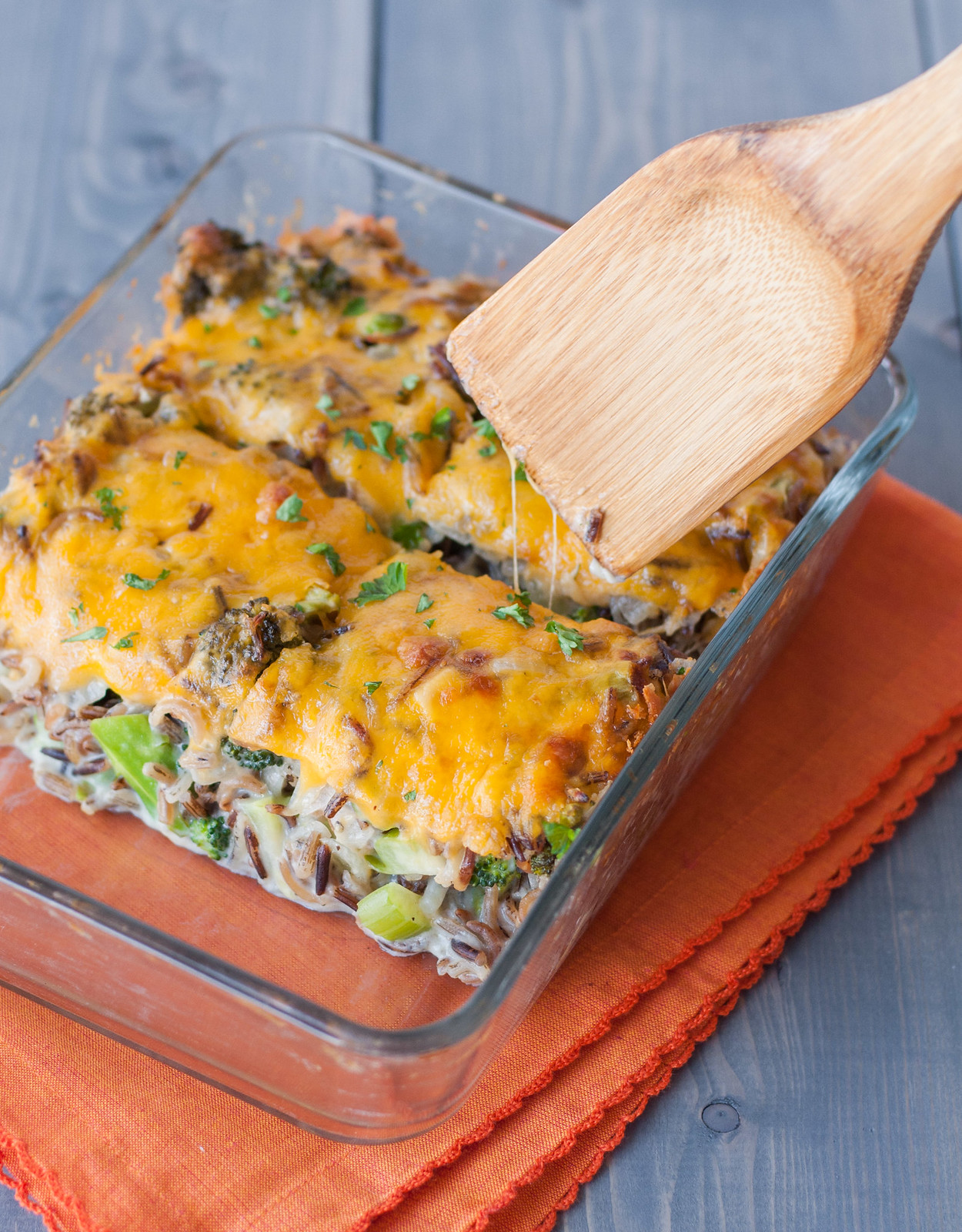 Then sit back and watch Uncle Ezra, who hasn’t had a vegetable since the Carter administration chowing down on something that’s actually good for him.  But I still don’t think you’re gonna get him to swap out his slice of bacon maple pumpkin cheesecake for quinoa/goji berry “cookies” topped with tofu icing.

It’s still the holidays after all.  Cut the poor guy some slack.

Hoping you and yours have a happy, classic Thanksgiving celebration