Some things are much harder than you imagine.  So hard in fact, that if you knew in advance how difficult they would be, you’d probably pass.

Leaving The Kid at college was like getting my spleen removed without anesthesia.

Reading “Great Expectations” the whole way through was the kind of pain that I visualize military basic training to be.  That man never used two words when ten laborious pages would say the same thing.

He even has the capacity to bore himself to tears.

And some things are way easier.

Crochet.  For Christmas last year I made a giant blanket for The Kid, and scarves for my three nieces.  This ability came as a shock, because the last time I tried crochet, it took three years to make one lopsided scarf that no one has ever been cold and desperate enough to wear.

Simple crochet for a simple mind…

Swimming.  When I was four or five I was at our neighborhood swimming pool.  I saw a kid my age swimming, and thought to myself, “That looks pretty easy—I bet I could do it.”  I put my face in the water, started gyrating like a drunken guppy, and before I knew it I was swimming.  Definitely not graceful, but definitely swimming.

If he eyes it on a menu, Petey orders it.  I’ve purchased it pre-made and frozen, from the supermarket, Costco, and the Schwann’s man.  But never, in more than thirty years of cooking for him, have I ever made it from scratch.  It just seemed way too time-consuming, complicated, and potentially fraught with life-threatening hazards (under-cooked chicken can kill). 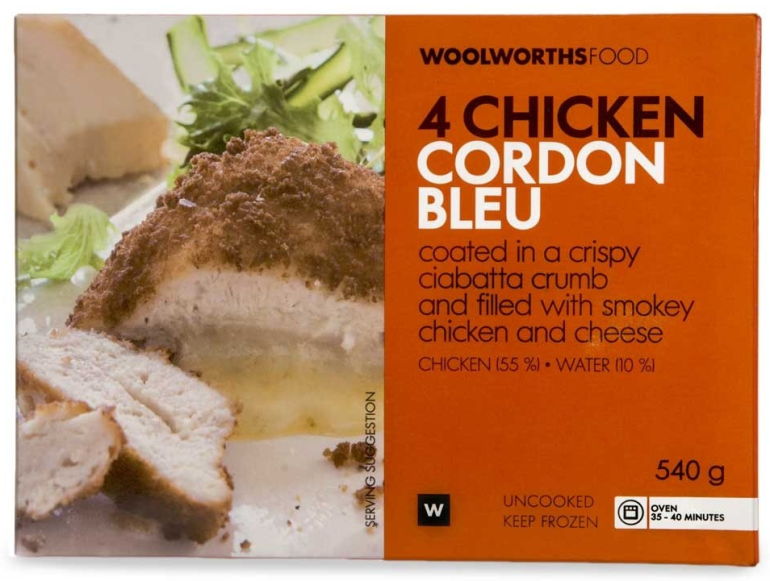 Who knows what’s really in these things?

Monday afternoon I was at the Food Lion near NCCU (3022 Fayetteville St).  Somehow I hit them at exactly the right moment and there was a plethora of markdowns in the meat department.  I picked up a small roast for half price, and a bag of chicken.

The chicken was Perdue individually wrapped breat cutlets; they worked out to a dollar apiece.  I planned to make a pasta dish with them last night and took some out of the freezer to thaw.

I then remembered I had both deli ham and sliced provolone in the fridge.  Throwing caution to the wind, instead of pasta I would attempt to make chicken Cordon Bleu for my ever-loving spouse.

To cut down on cleanup and the ick factor of working with and assembling raw chicken, I wore a pair of latex gloves.  The whole procedure was made much easier and lot less gross.

Sandwich 2 slices ham and 2 slices cheese between 2 cutlets, with cheese in center.  Make sure there’s no cheese hanging outside.  Using 2 toothpicks, secure the edges.  Repeat with second packet.

Dry off outside of chicken and coat in flour first, then egg mixture, and finally bread crumbs.  Make sure the crumbs are firmly pressed over the entire surface of the chicken packets.  Cover and refrigerate for at least 4 hours.

Heat a large heavy skillet with about ¼ inch of vegetable oil on medium-low (My stove has 10 settings, and used 3-4.).  If the heat is too high, the outside will burn before the chicken is fully cooked.

Place chicken into pan and cook until the bread crumbs are golden brown.  Flip, and cook the other side until a probe thermometer inserted into bottom cutlet reaches 165 (about 6-8 minutes a side).  Drain on paper towels and serve.  Makes 2 large servings.

This was so simple that I wondered what else might be easier than I previously thought.  So tomorrow I’m going to teach myself at-home brain surgery.