Yep, this is a thing that actually happened–in the 80’s.  Check out the pom-poms on Nancy’s shoes…

Twenty-five years ago was our very first Christmas in Durham. It was also the first time Petey and I had been away from family at the holidays. The Kid be wouldn’t be making an appearance for another six years.

We’d moved to town the during the summer that had just passed, and were loving our adventures in the Bull City. We were both busy; separately, at work; and together, exploring our new home. My boss Joodi, a transplant herself, had taken us under her social wing, and we were spending time with Petey’s co-workers at Duke.

During his shifts at the hospital, I frequently visited him for meals. I liked his fellow nurses. We’d had cook-outs and Trivial Pursuit nights together. Late in November, Petey told me the crew at work was having a holiday get-together.

He was casual about it. Just a gathering at somebody’s apartment club house.

I had to work late, so Petey picked me up at the mall on the appointed night.

Dressed for the store, I was attired in off-white cargo pants, black ballet flats, and a hot pink sweater with a slight shimmer running through it. That minor sparkle was the fashion totality of my concession to the holidays.

I have nothing to say here; except at the time, this was the epitome of style.

You know something funny? Except for the giant, asymmetrical, shellacked hair-do, shoulder pads that were roughly the size and shape of ironing boards, and the fact that the waistband of my cool canvas pants came almost up to my arm pits, the duds I was styling that night have all come back, sort of.

My handsome knight’s shining armor was a denim jacket, jeans, and a sweat shirt. Even now, in Petey’s forty-sixth consecutive year of autonomous dressing, his play clothes are still the sartorial choice from late October through March. His uniform from April-September? Jeans and a t-shirt.

Ladies and gentleman–the Candian tuxedo; 80’s edition.  Thirty years later and Petey is still rocking this look, albeit with less hair than any of these guys.

I’ve lately started finding “dress sweat shirts” for him. A t-shirt though, no matter what Simon Cowell would have you believe, is sadly still, just a t-shirt. Especially with something like, “Raleigh: Where Barney goes to party”, emblazoned across your chest.

I asked him if we should stop at our place to change.

“Heck no,” he replied. “It’s just another hang-out night, only this one’s in December.”

I secretly fretted that my lightly sparkling outfit was a little dressy for the festivities. Should we bring pizza and a bottle of something? I queried. Nope, they said something about getting stuff. “I’m guessing Rinaldi’s chicken.” he prognosticated.

Then he admitted, “I really hope so. I’m hungry.” 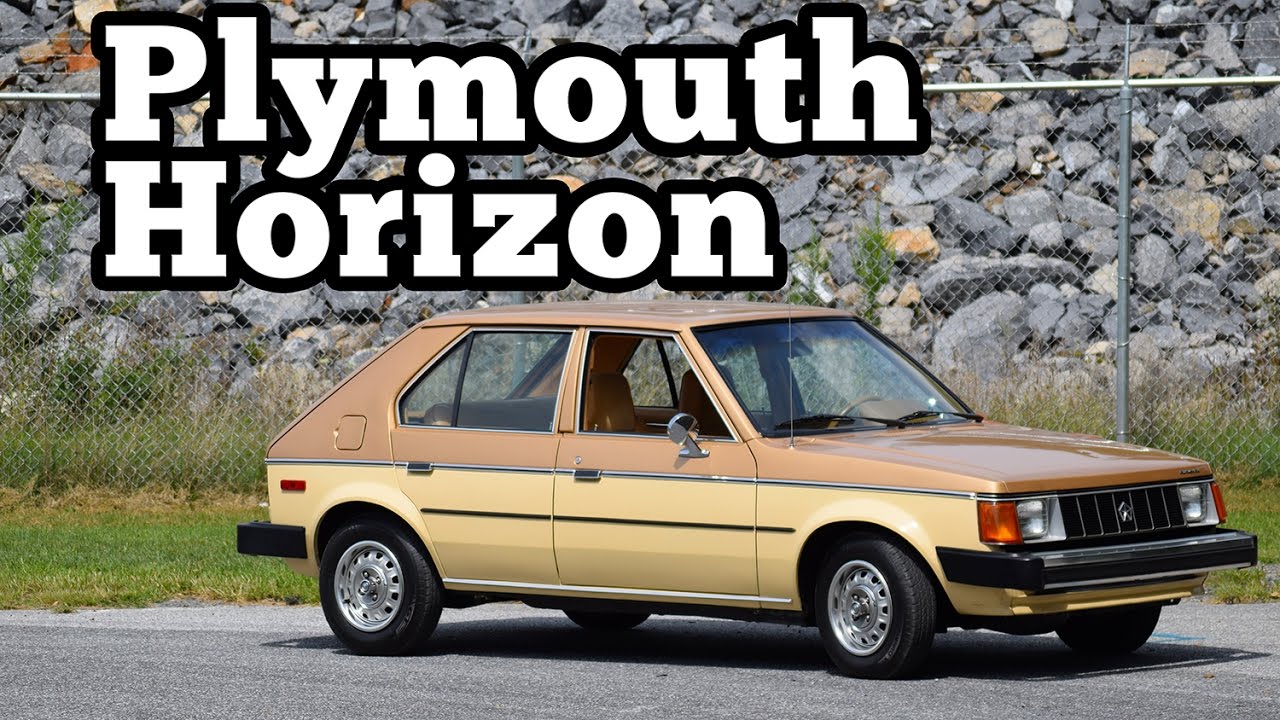 This is exactly what our sleigh looked like until somebody dented it in the Crabtree Valley Mall parking lot.

Party bound, we set off in our sleigh by Plymouth Motors.

At the time, I was working at the old South Square Mall. The party was in Hope Valley. The trip should have taken twenty minutes, max. Even with unprecedented traffic.

Unfortunately, the route Petey had gotten from the hostess, started out from our apartment, on Guess Rd. Unfortunate as well, my life mate, possessing the XY combo plate, didn’t write out those wrong directions.

And so, we started our trek by driving to Guess Rd., turning around and getting on 85 South. We kept going south. And going. And going. Until we reached Hillsborough. We figured it was a tad far, so Petey got us turned around. We were now heading north on 85. 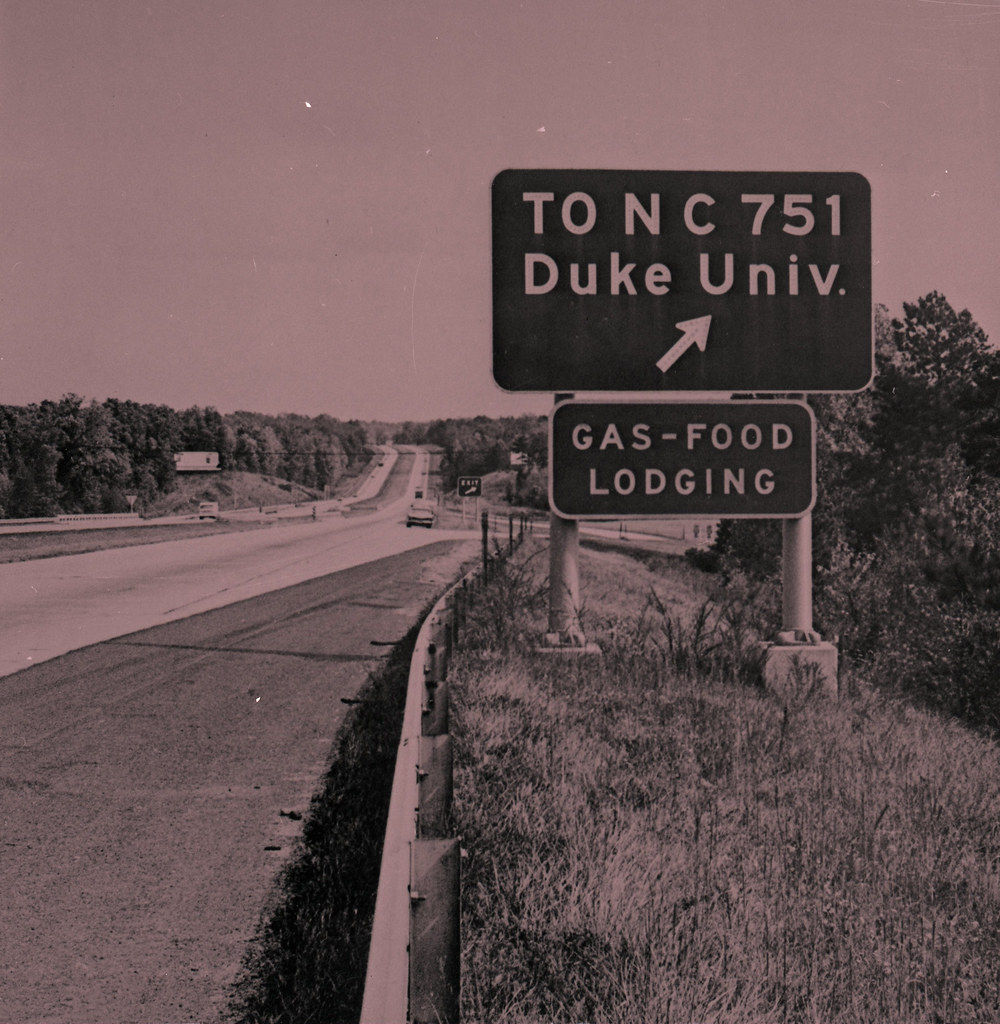 We started howling when 751 took us on a tour through Duke campus.

By now, we were both almost swooning with hunger. Somehow, that was funny, too.

It took us more than three hours, but unbelievably, we eventually found the party coordinates.

From the parking lot, it seemed kind of dark in the club house.

Figuring we were still at the wrong place, I decided to peek in the windows while my true love waited in the car.

I scanned the room. There was a party in there. And I recognized some Dukies.

Then I walked back to my husband, got into our buggy, and said, “You wanna do drive-through? Or do you want to stop at Honey’s on the way home?”

When he made the sweet little confused puppy face that all men make, I informed my beloved that although we were at the right place, he had been a smidge off, when it came to the dress code.

There were more black stockings, rhinestones and lace in that party than in an entire 1980’s Madonna video. It seems the “little get-together” was casual in the way that Kim Kardashian’s recent uber-wedding was casual. We didn’t even own the type of clothes that would have been appropriate.

Petey was right about one thing. They didn’t need my third-rate potluck contribution. The “stuff” they got, appeared to be a fully catered, gourmet cocktail party, staffed with waiters bearing trays, and a couple of bartenders.

We never did join the soiree. Sitting in our car, he looked at me. I looked at him, and started giggling. That did it. The entire situation hit us, and the comedy floodgates opened.

The trip back home, including the delirious devour-ment of a quick dinner at Honey’s, took all of forty five minutes.

He more than made up for our evening of havoc. The next year, Petey took me to the official Duke nurse’s celebration. He looked sharp in a brand-new Alexander Julian suit, and I wore my very first LBD (ladies; insert your own, personal LBD happy dance here).

There were two unexpected benefits from that berserk road trip.

Since then, we have no trouble finding our way on the roads in and around the Big D of NC.

And the next morning, Petey offered to bring us breakfast in bed. As I shook my head at the Ben & Jerry’s Heath Bar crunch he had chosen for us, I had a thought:

“Christmas here this year will be great. If after last night, I’m looking forward to tomorrow, and not on the phone with a divorce lawyer, then in a million years we’re still going to be having wacky adventures together in the old folks’ home.”

That was a quarter of a century ago, and we’re still getting all kinds of lost together, all the time. And believe it or not, we still laugh about that night.

I wish, but Petey says a bear would probably kill us.  I think that’s just the lying media with their anti-bear propaganda.

Happiest of Noels everyone.