Have you ever noticed that the reaction to one unexpected, completely out of character action is often another?

That’s what happened when I passed on to The Kid a request from my mom.

Normally, someone that makes Chatty Cathy look like Marcel Marceau with laryngitis, my child is never at a loss for words. 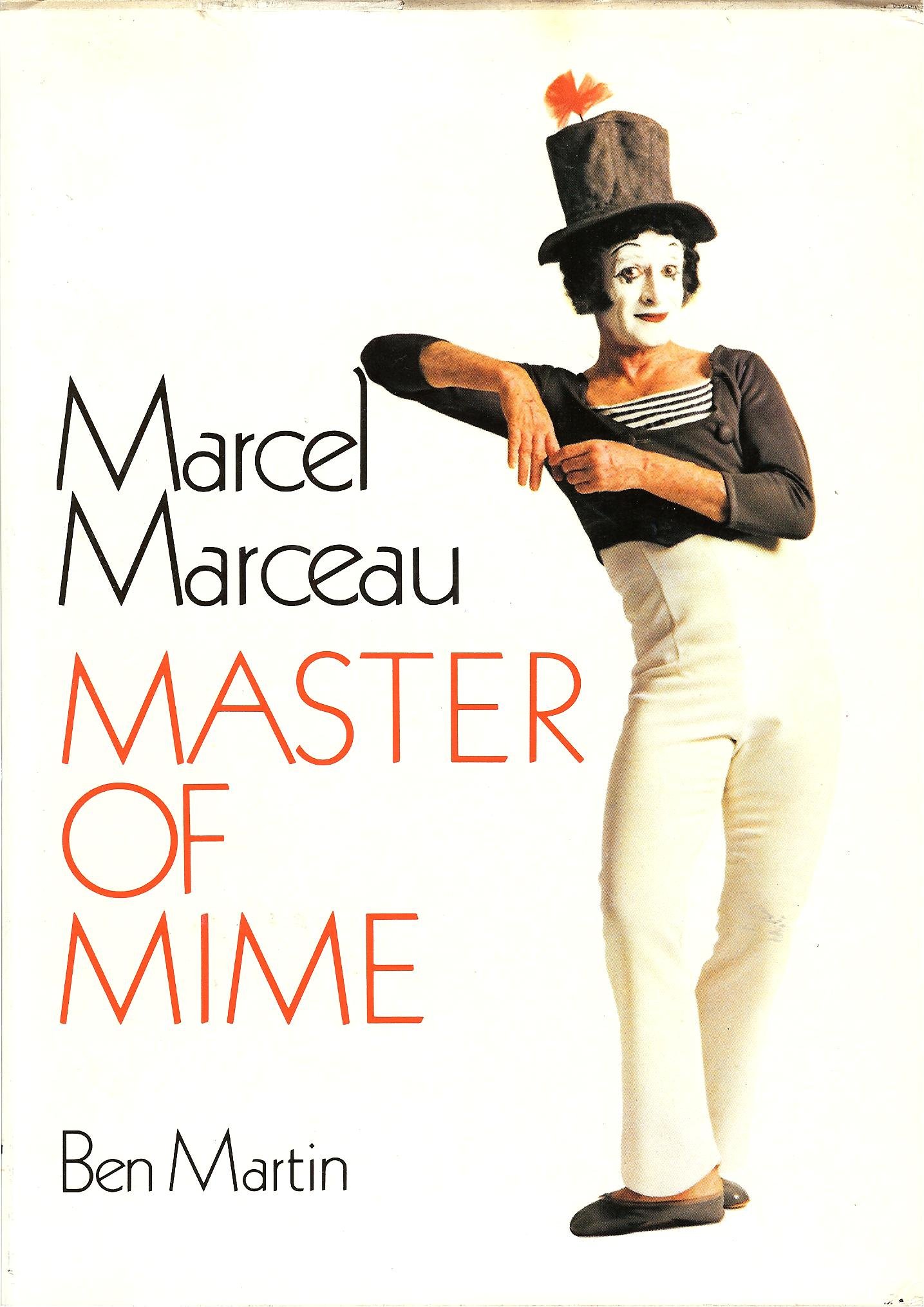 Some say it comes from me…

After spending four years and most of our money in culinary school, The Kid is our family’s Converse-wearing, puppy-loving, everything food encyclopedia.

Last week, my mom called and asked me to google our walking reference book—for a scratch-made cranberry relish recipe.  This was a highly unexpected request.

To understand the earth-shattering quality of my mom’s query, you must understand a few things. 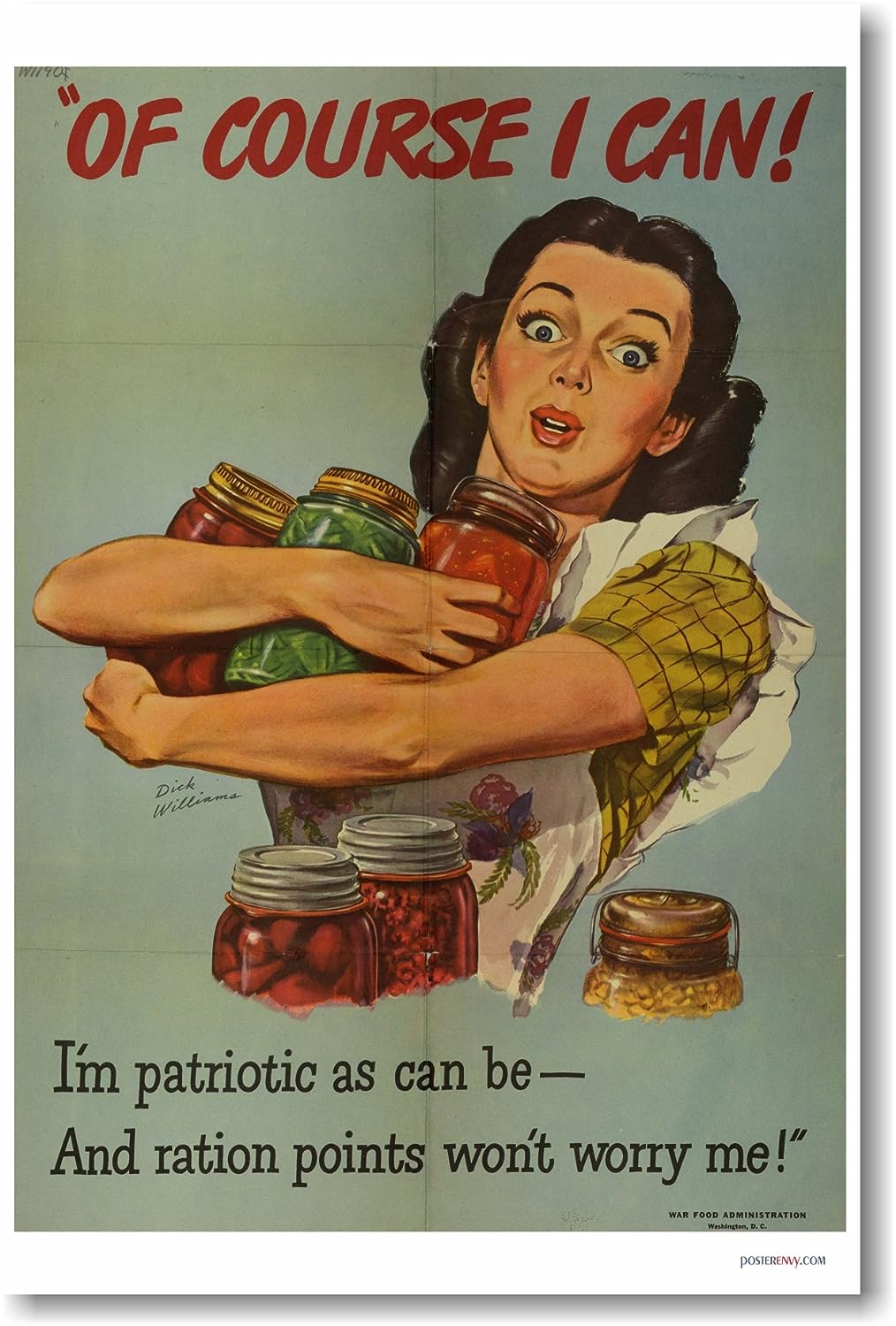 My mom was born into the deprivation of World War II and raised during the convenience food heydays of the fifties; but in a large family on a limited budget.  Her mother used lots of fresh, locally grown foods, and cooked from scratch.  There wasn’t money for shiny cans, boxes, and kits.

Because of this, my mother developed a wistful longing for pre-fab food.  And decided that when she stocked her own kitchen, she’d be doing the shopping from the center aisles of the biggest, most modern supermarket she could find.

I never saw fresh asparagus until my twenties, only canned.  Until I was in my teens, I thought all lettuce was iceberg lettuce.  I thought all peas were olive drab and mushy.  Mashed potatoes came from a box, and soup from a can.

As you might guess, the only cranberry sauce on our Thanksgiving table was deep maroon, quivering and tin-shaped. 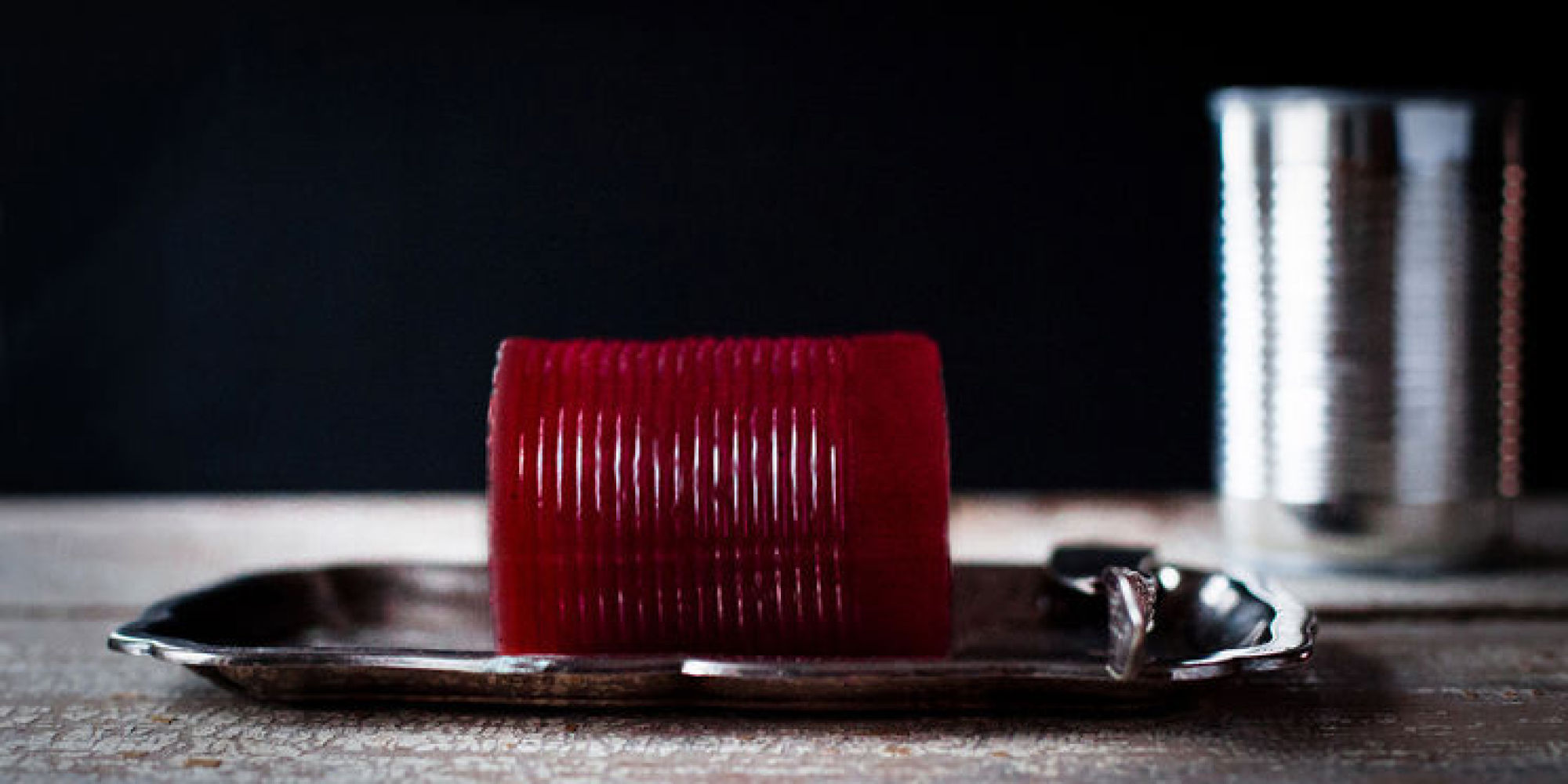 So, when I passed on my mom’s request for fresh cranberry relish, I was met with a deep, flummoxed silence on the other end of the phone.  The only time my child is silent is when sleeping, and if asked for a Christmas wish list.  Truthfully, even coming from my own mouth, my mother’s words felt badly awry.

The Kid later wondered if Gramma had gotten into a rap-style beef with Ocean Spray, which made sense until I pointed out that most fresh cranberries were sold under the Ocean Spray banner, as well. Well, this week my little altruist is in Canada, working for a charity, and hasn’t yet come through with a cranberry dish for Gramma.  So, I stepped in.
Harvest Cranberry Sauce

*Note: Mom probably meant cranberry “sauce”, which is cooked and more mellow than the uncooked “relish”.  Cranberry chutney is also bandied about; this is a spicier, chunkier concoction, sometimes containing ginger and savory ingredients such as onions or garlic.

1/3 cup honey, the darker the better

¼ cup bourbon, rum, or brandy; or replace with cider

Put everything except pecans and raisins into heavy saucepan and bring to simmer.  Simmer until apples are tender and most cranberries have popped (10-15 minutes).  Check for sweetness (add more honey if needed) and stir in raisins and pecans.  Let cool, then refrigerate, for up to three days.  Will thicken as it cools.  Before service thin with cider if needed. Serves 12-18. 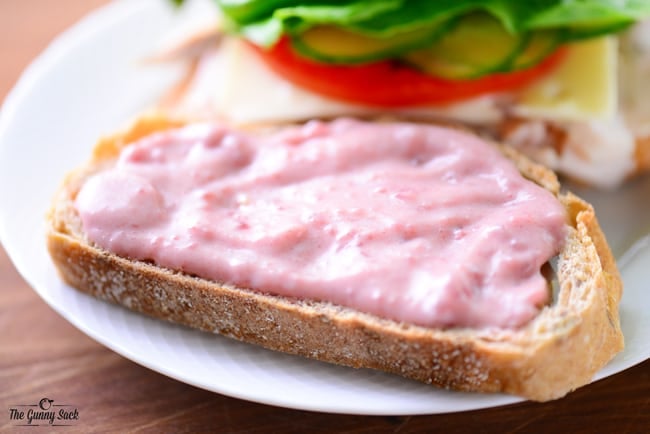 For leftover sandwiches, mix it with equal parts Dijon mustard and mayo for a creamy, tangy spread.

I think this will be a hit at Mom’s Thanksgiving table.  Of course, I’ve already been informed it will share billing with that carmine-colored cylinder from a can. 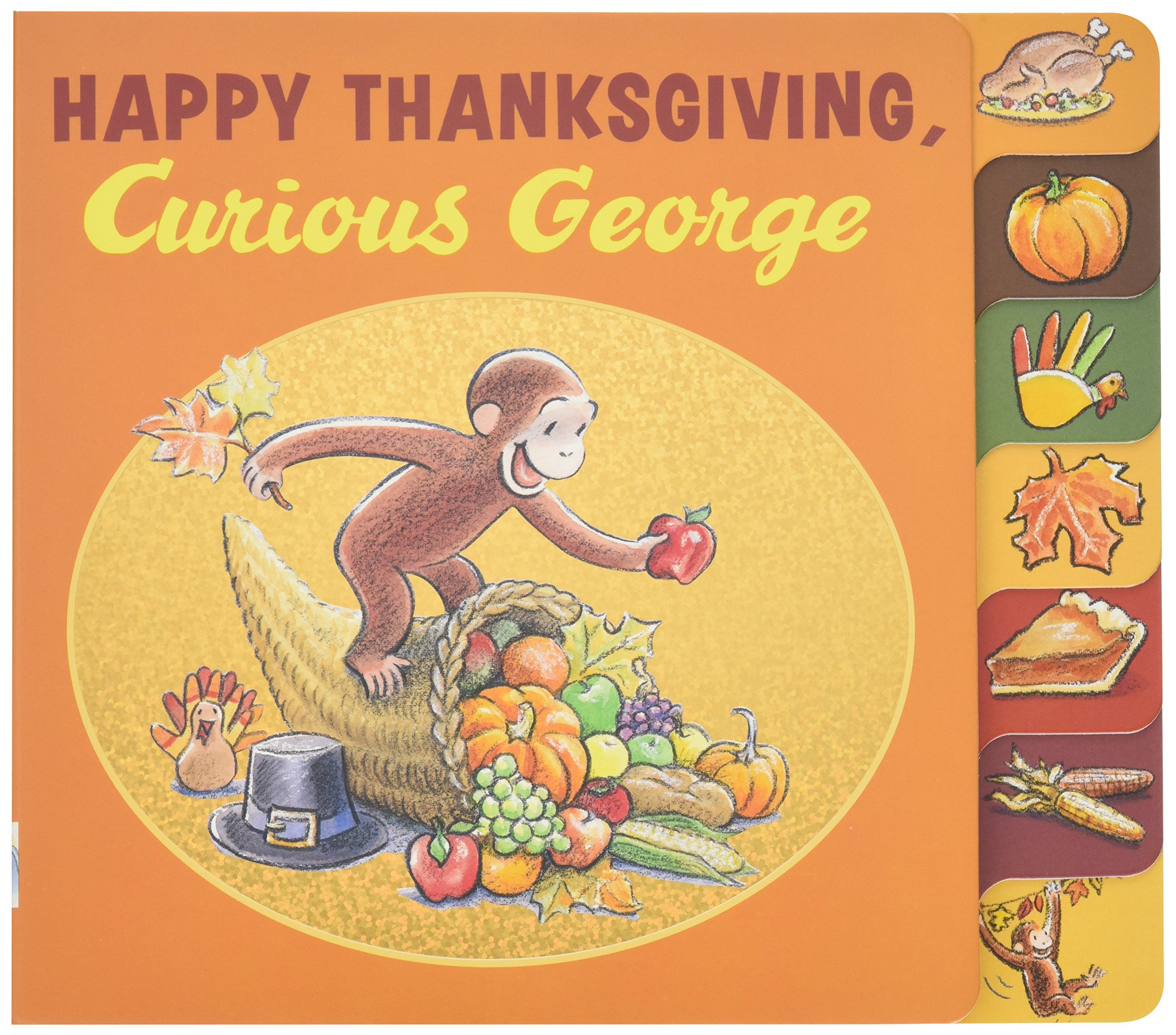 Here’s some stuff that makes me madder than the near-sighted snake who married a garden hose:

Shoe sales that never have any size 10’s.

Those ridiculous choreographed pantomimes that NFL players have started doing after a touchdown.

You wanna hear some horrific facts?  40% of the food in the US is never eaten.  It’s thrown away.  That’s around 250 pounds per person per year.  Globally, 4 billion tons of food is wasted each year.  60% of shoppers buy more food than they need.  What’s almost criminal is that fact that they know they’re doing it at the time of purchase.

You may think that the little bit you throw away doesn’t add up to very much.  But the average family of four loses at least $1,500 a year this way.

It’s actually not that hard to reduce the amount of waste each household produces.  It took some time, but wasting food at our house is an infrequent occurrence. 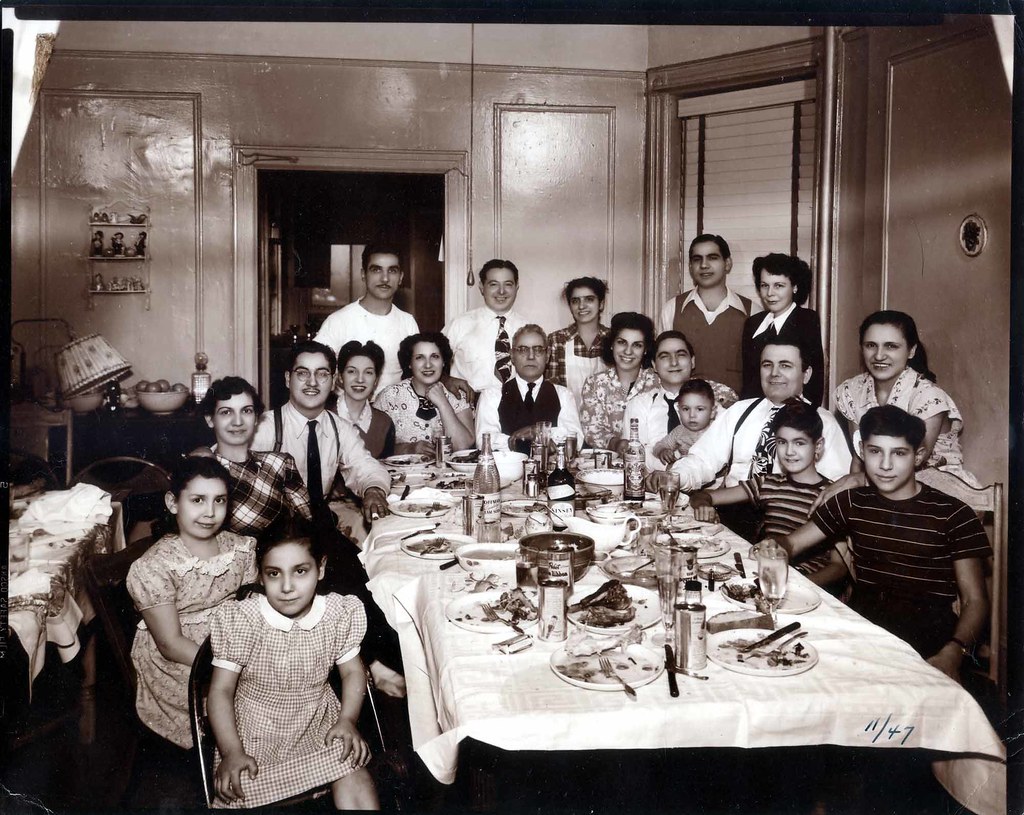 The biggest tip I can give you is to stop making more food than you need.  When Petey and were first married, I had no idea how to cook for two.  I was used to cooking for an Italian four, which is an anyone else’s twelve.  I couldn’t understand why that five-pound meatloaf didn’t get eaten up before it got furry.  I had so much refrigerated food that had gone so very bad I’m surprised it didn’t join street gangs and have rumbles in the crisper drawer.

If the food doesn’t make good leftovers, you don’t want it hanging around.  If, on the other hand it reheats well, and would make a lunch that you’d actually take to work and eat—go for it.  When you’re cleaning up after that original dinner, portion it out and wrap it for brown bagging.  If you won’t get to it for more than four days, label then freeze it.

And your freezer is your best ally in the quest to quell waste.  Don’t throw out old crackers, chips, and bread.  Dump it all into a zip-top bag, throw it in the chill chest, and when you need breadcrumbs, breader or such, take it out, season it according to food and mood, grind it finely in a food processor, then toast it at 300 degrees for 15-20 minutes.  Only make as much as you need, and if it’s touched raw meat, toss it.

Have another bag for leftover veggies.  When you have enough, make soup or use it for stuffing peppers, or pork chops, or any other stuff-able stuff.  Freeze extra pancakes, cooked pasta, rice, or potatoes.  Once you have a nice assortment in suspended animation you could make a meal solely from the Frigidaire.

If Thanksigving’s at your place, you’re going to have leftovers tomorrow.  The turkey can be used in place of chicken in any dish.  Make tacos, or pot pie, or white chili.  And don’t forget the mandatory sandwich before bed (well, mandatory for me, anyway).

So, think about how you shop, cook, how your family eats, and figure out workable methods to eliminate food waste.

Then next year, instead of losing sleep getting up before dawn and losing your mind in the Black Friday Thunderdome to score a Barbie dream house for 25% off, you’ve saved enough money to pay for all the Christmas gifts, plus shoes for yourself (you’ve earned them). 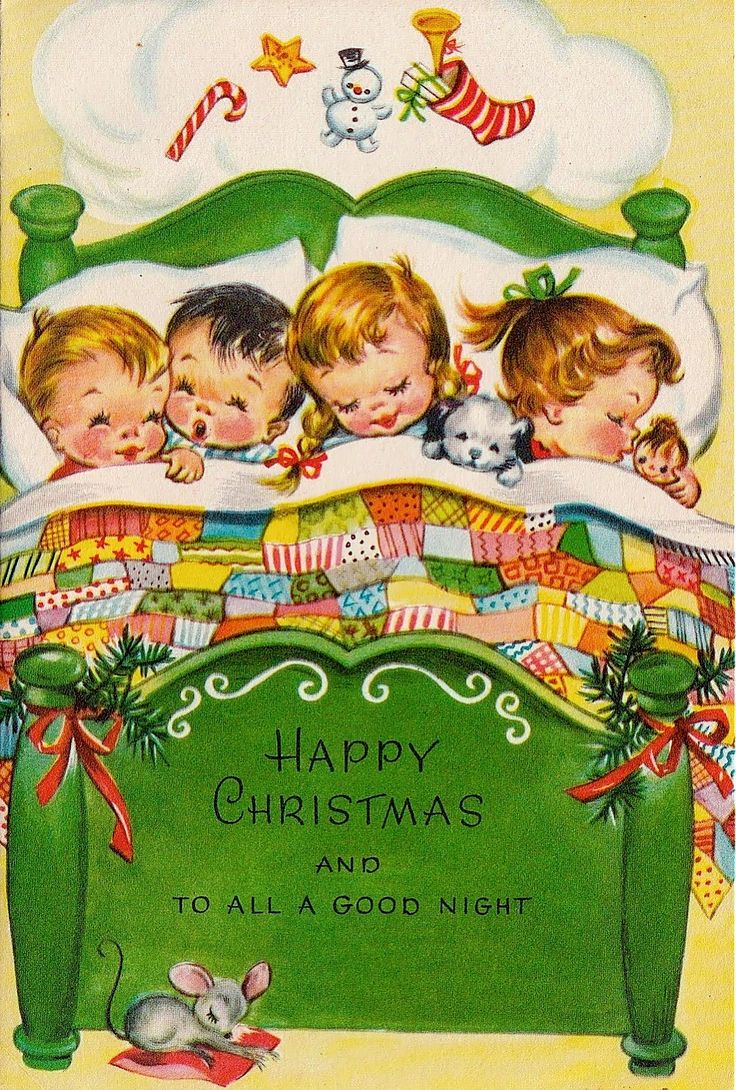 And instead of retail mayhem, you get to sleep.