So, despite slumber parties being an endangered species, you’ve lost what was left of your self-protective candy coating, and your cotton-picking mind, and agreed to host a horde of ravenous tween Mongols.

Or, maybe the grand-offspring are coming to stay the night without parents, and you’re eagerly looking forward to tearing up the parents’ list of dos and don’ts in regard to their care and feeding and partying with the progeny.

But the result is the same: it’s a low-level special occasion, and you need to feed kids.

When The Kid turned sixteen, we rented a really cool venue and threw a bash.  Petey and I wanted to make it special, so I investigated catering.  I discovered that for our budget, it was prohibitively expensive—like bare bones basic ran about $40-50 a head (and this was eleven years ago).

So, we decided to self-cater.  I spent months searching for and auditioning recipes.  I finally decided on about six items that were interesting but not too complicated, light and fresh, and could be made ahead and finished on-site.

We also had tubs full of soda and juice on ice, big bowls of different chips, two different desserts, and beach buckets (like the kind kids use to make sand castles) full of various candy bars.

The kids devoured the soda, chips and candy.  The rest of the food was barely touched.  We gave away as much of the carefully prepared food as we could, but there was still a ton of waste.

After that fiasco my policy for feeding kids in social situations was stacks of pizza with sides of junk food.

But I do have a few refinements.

Make your own pizza and personalize it.  By the time you let every kid decide what kind of pizza they want to order they’ll be in graduate school.  Make it at home and have a topping bar.

First check each guest’s dietary restrictions.  You don’t want the little buggers to swell up like a Macy’s parade float.

For pizza: buy pre-made dough from a pizza joint, including whole wheat and gluten-free, if necessary.  Have a couple different cheeses, pepperoni, sausage, and some veg.  Don’t have more than three or four choices so they don’t become paralyzed by indecision.  Let them make their own and just bake or grill them. For tacos, make a visit to your local tortilleria (tortilla factory, they’re everywhere these days, just google them); they’re fresh and cheaper than the grocery store.  Get corn tortillas for tacos and larger flour tortillas if you want quesadillas on the menu.  Get a modest selection of toppings and let the kids create their own. 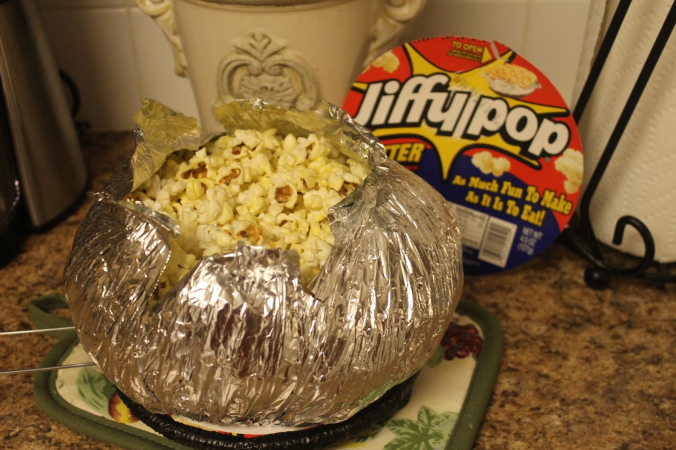 You must have munchies, but don’t get carried away.  Jiffy Pop popcorn is fun, and a lot of kids have never seen it.  I like a 50/50 spread: 50% chips and such, and 50% fruit, nuts, and veggies and dip.  Popcorn falls somewhere in the middle.  You can also make things like rice crispy treats, granola bars, and tiny little pb&j’s.

For sweets, have a Sundae bar with no more than three flavors of ice cream and a small selection of toppings.  Just have plenty of cans of aerosol whipped cream.  Small fry adore them—I know The Kid and Petey sure do. 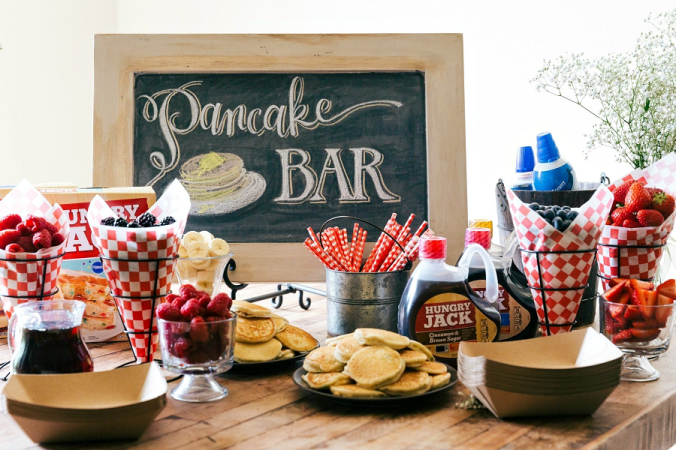 For breakfast serve a make-ahead potato casserole, bacon, juice, and pancakes with plenty of drop in choices like nuts, chocolate chips, and fruit.

I hope this helps.  Just remember, don’t get too fancy or complicated.  They could eat cold cereal out of the box, and because it’s with a bunch of friends at a party, they’d be thrilled.