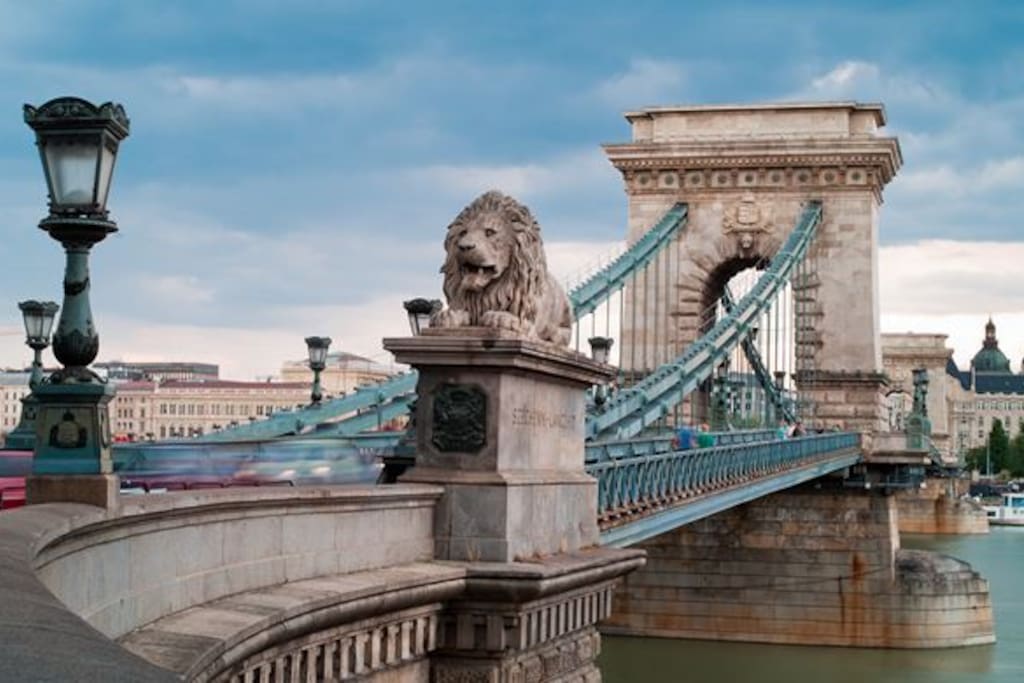 This is an actual photo of Budapest, not an artist’s idealized rendering.  It looks like it’s made of daydreams and spun sugar.

The Kid is on vacation this week—in Budapest.

In a phone call home, we discussed goulash. 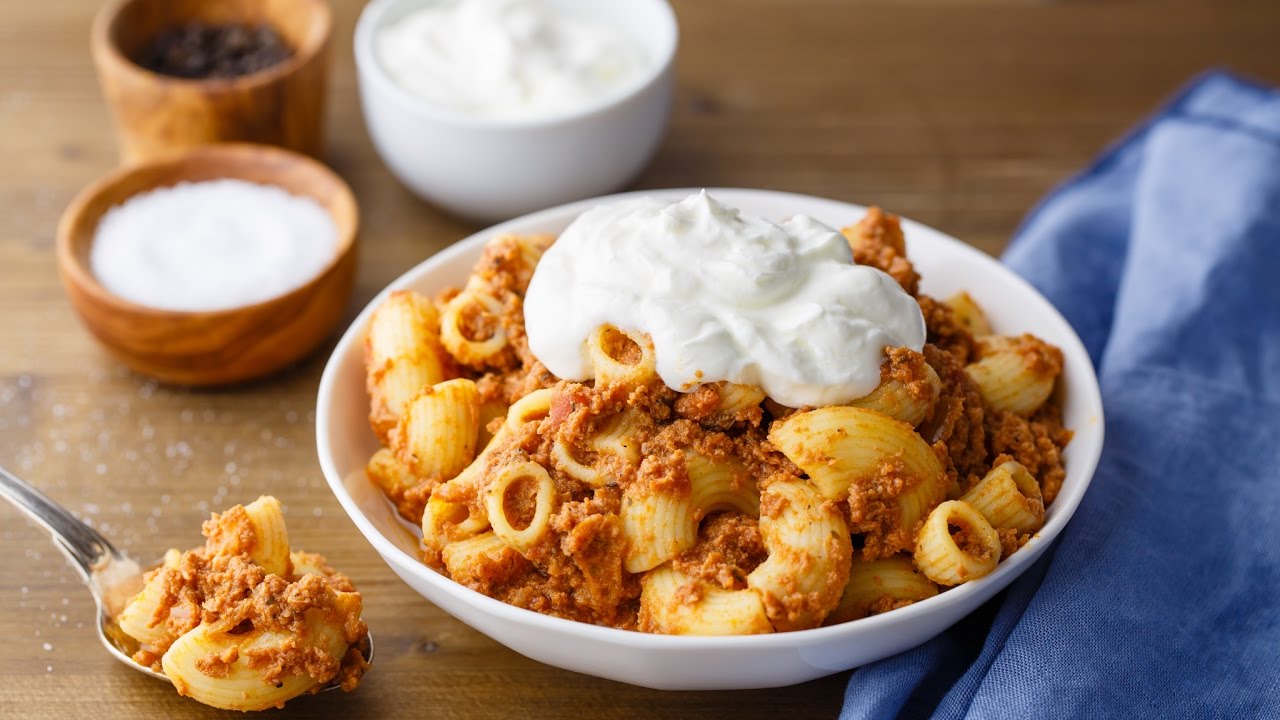 Our version of goulash.

In our family, goulash is a stew-like dish made with hamburger, roasted garlic, mushrooms, tomato, and pasta of some sort.  It’s filling, tasty, reheats like a dream, and with a dollop of sour cream is practically perfect comfort food.  In other areas of the US, various iterations of this dish are known as American chop suey, beefaroni, and curiously, Johnny Marzetti.

A plate of the real thing, from a restaurant in Budapest.

The Kid informed me that our goulash has nothing in common with true Hungarian goulash (which I knew) and it’s the national dish, served mainly on special occasions (which I didn’t know).

But the US/Hungarian dinner dichotomy got me to thinking.

What is wrong with us as a nation that we take a perfectly good ethnic dish and pervert it into something the citizens of the dish’s birth country wouldn’t recognize it if a pan of it was dumped over their heads? 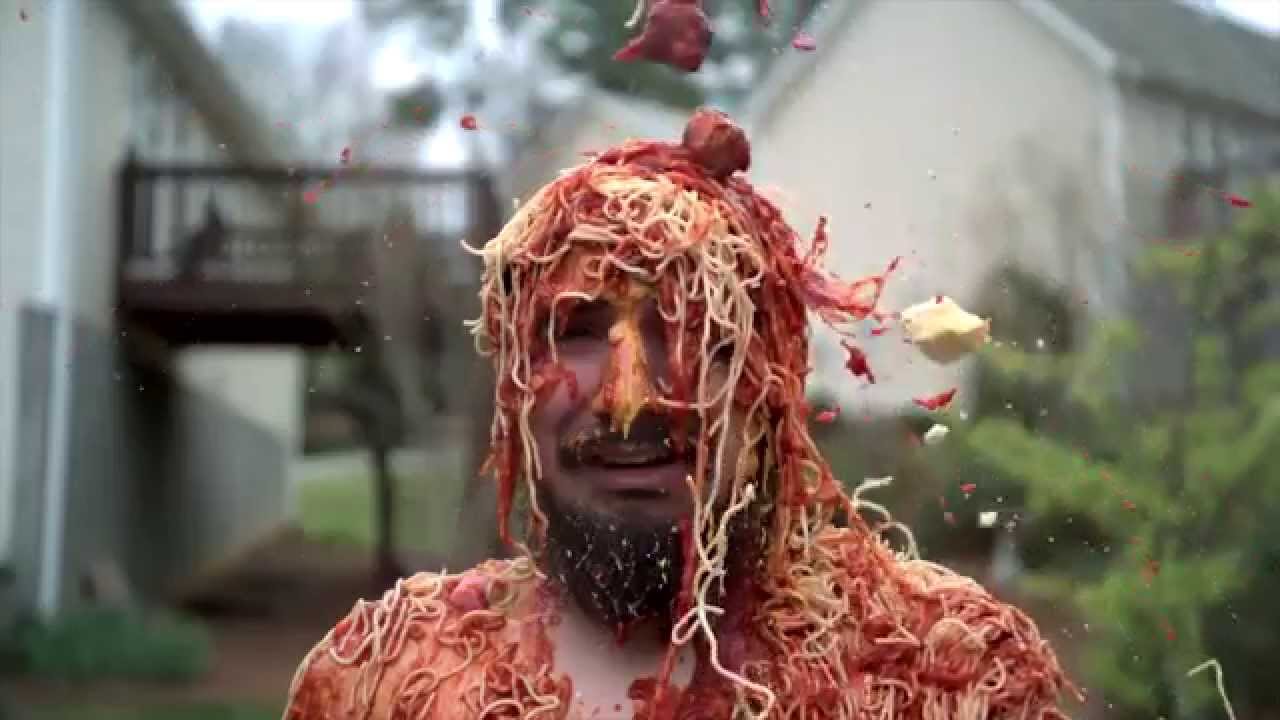 And goulash is the tippiest tip top of the culinary iceberg.  If a national dish can be changed so profoundly that the only thing left in common with the original is the moniker, we, the people have probably done it.

Authentic street tacos of carnitas, white onion, and cilantro.  Like a dog, I could eat these until they kill me.  But what a way to go.

Mexican food in general, and tacos in particular.  Nowhere in Mexico does anyone serve shredded lettuce and cheddar cheese on a traditional taco.  Or ground beef.  Or seasoning from a glossy envelop manufactured in a Scottish company in Maryland.  Taco shells are not even a thing.  And those u-shaped, bland, crispy shells from a cardboard box would just make a Mexican abuela (grandmother) cry and pray for our very souls.

Why ya gotta make Gramma cry?

In elementary school they made something they called chicken chow mein.  It was a glue-y, stew-y dish of chicken and celery served over rice.  A handful of noodle-shaped cracker things were thrown over the top for crunch. I, and many of my classmates loved it.  We were little kids though, so what did we know from international cuisine?

But the only thing that lunch tray ambrosia truly had in common with the authentic Chinese dish was the chicken.

This is the real thing.  Check out the crispy noodles.

It’s not even a rice dish.  Traditional chow mein is made with egg noodles.  They are fried so they’re crispy and crunchy in spots.  This, I imagine are where those canned crunchy noodle things came in. This product alone made him a hero to generations of schoolchildren and stoners everywhere.

The one man that arguably put more chow mein in more American bellies than any other single person is Jeno Paulucci, a second-generation Italian who founded the canned Chinese food company, Chun King, in the 1940s.  He seasoned the food with Italian flavors, in an effort to make the taste more familiar to the European palate. 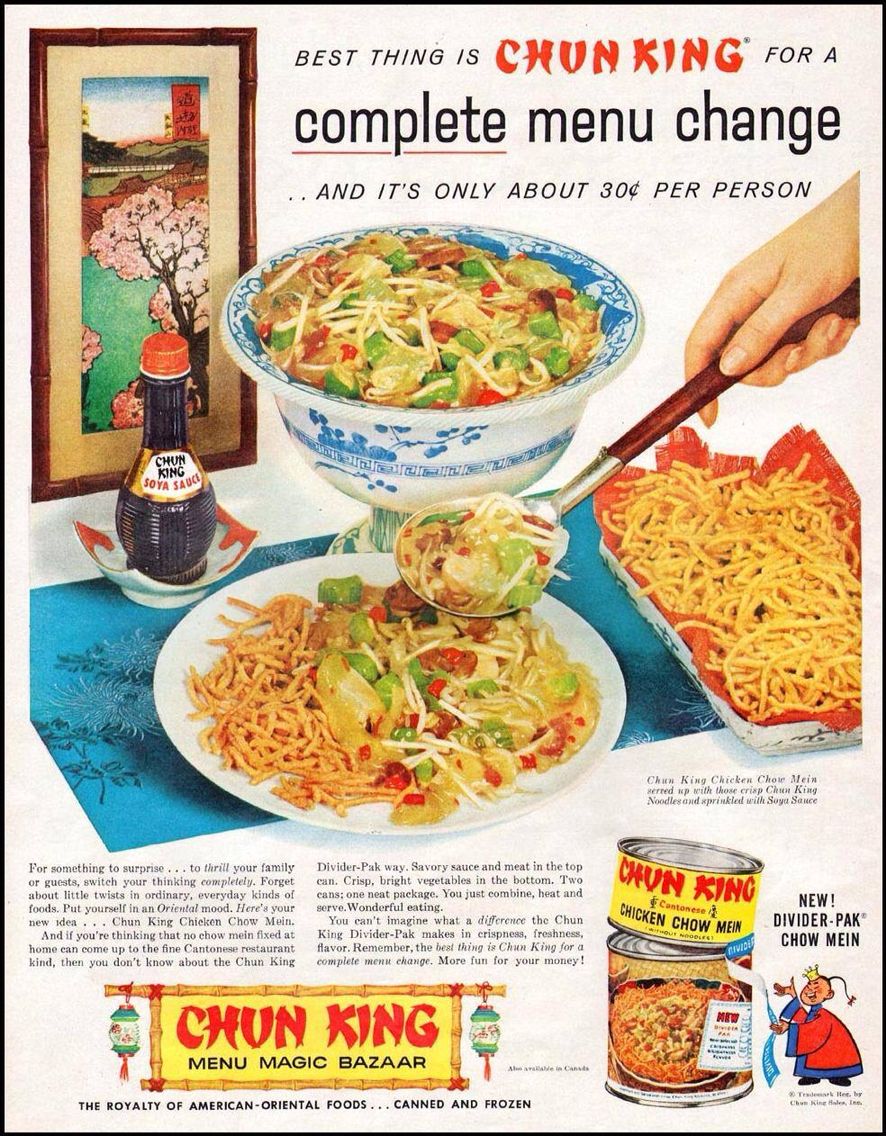 This mania to morph traditional recipes has almost become a national joke, a kind of twisted point of pride.  At a bicentennial dinner attended by Paulucci, President Gerald Ford summed it up by asking, “What could be more American than a business built on a good Italian recipe for chop suey?” 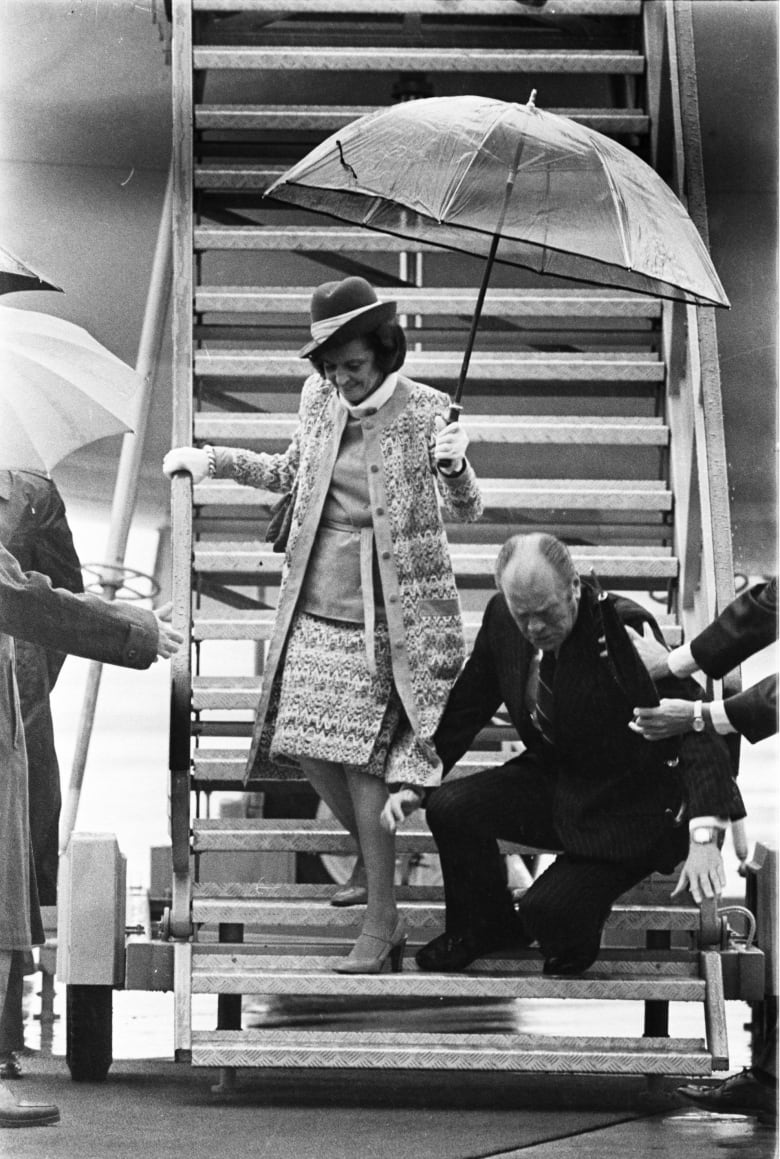 Many of these Americanized, sanitized dishes are favorites from our childhood.  So, eat them to your heart’s content.  But would it kill you to at least sample the authentic food that inspired them? 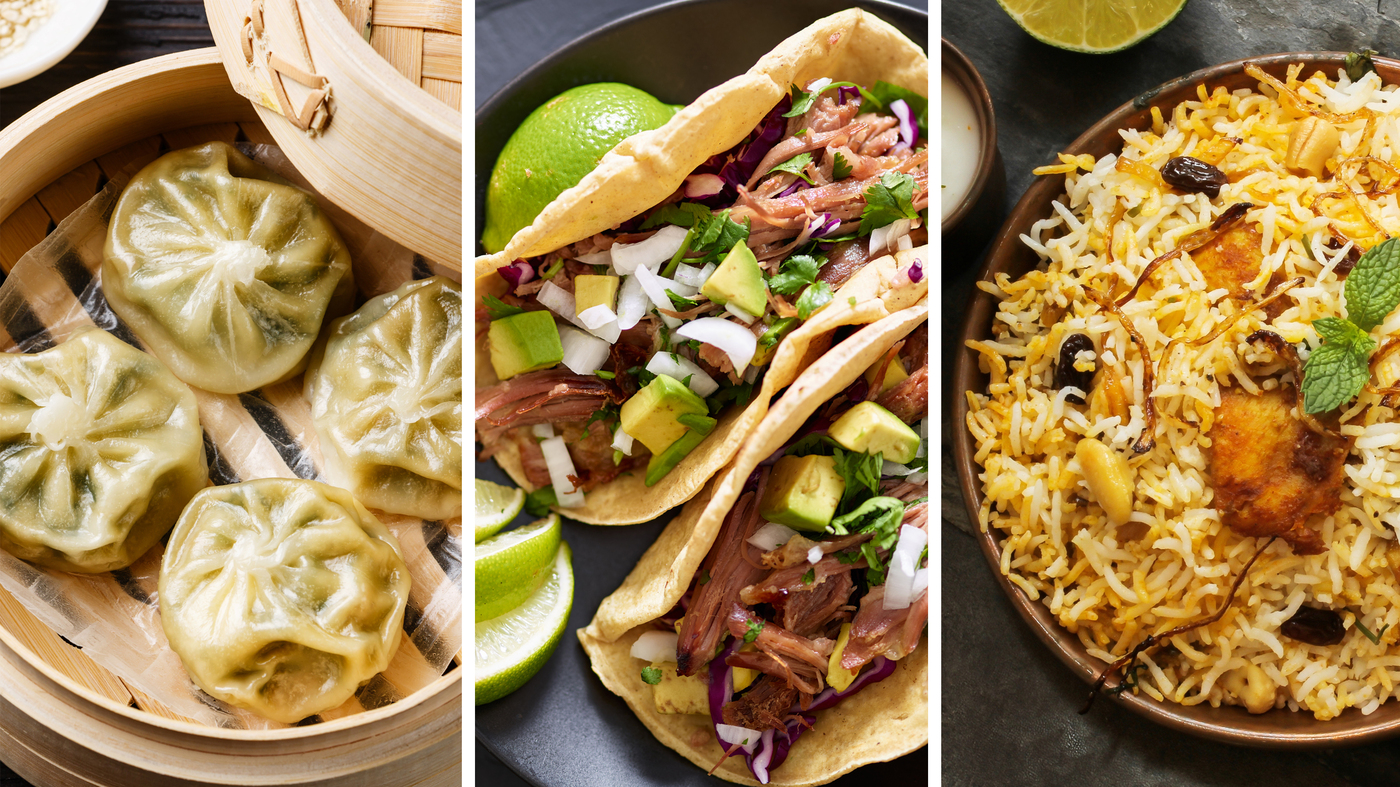 C’mon, you know you wanna…