The Kid is convinced that there’s nothing he can’t do.

The Kid is wrong.  But hey, Superman has kryptonite and Green lantern has the color yellow (For realsies—yellow.  So you could beat him to death with a number 2 Ticonderoga.).

Sometimes though, it seems like my dad can do anything.

The man knows his way around a sketch pad.  I don’t think he’s ever had art lessons, but he has a real drawing skill.  I’ve always envied the way he can, with a pencil, faithfully depict pretty much anything.  When we were little my brother and I would sit at the kitchen table for hours, directing Dad to draw a horse, or a couch, or any other item that popped into our heads.

And he always did, long past the point where I, as an adult, would’ve faked an aneurism to put down the darn pencil and have a stiff drink.

But he possesses endless patience with children, because he loves kids.  He’s the guy who can soothe the sobbing baby, entertain the cranky toddler, and communicate with the sullen teenager.  If I had Warren Buffet money, I couldn’t have bought him a better gift than his grandchild The Kid.

No matter what tiresome, irritating phase my child was traversing, my dad was never on the list of lame adults who were dismissed with an eye roll and melodramatic sigh.  I actually asked, and unlike every other adult on the planet at some point, The Kid cannot ever remember being mad at Grampa—not even once.

You can almost hear the sigh, can’t you?

Maybe it’s because he does a killer Donald Duck impression.

Or maybe it’s because of what I’ve always told The Grandkid; that my father is a superhero.  And it’s not hyperbole.  This man spent over 30 years in the Coast Guard; but not on boats, in planes and helicopters.

He was the guy who jumped out of the sky into turbulent oceans to rescue hapless boaters.  Even mathematicians couldn’t calculate the number of lives he’s saved.  His main job in the Coast Guard was basically blacksmithing.  He welded together C130’s (airplanes) and H-3’s and H-60’s (helicopters).  He eventually ran the school which taught neophytes the fine art of metal and fire.

Back in the Cretaceous period, Dad was running the Coast Guard metalsmith school (known as A.M. school) in Elizabeth City; he was known as “Boss Ross”.  I was working at a clothing store in town.

One evening three young men came into the store.  Right off, because of their haircuts and overall vibe, I pegged them as young Coasties who were probably at one of the schools on base.  I didn’t know if they were in A.M. school, but regardless, I knew that they, like everybody at the base were familiar with my 6’4” dad with the booming voice.

As I was helping them pick out some new duds, they started talking smack, and throwing shade at a woman in the mall.  I wasn’t having it.

They were unmoved, “Oh yeah? Who’s he and what’s he gonna do?”

“Have you ever heard of Boss Ross?”

The change in their demeanor was as hilarious as it was instantaneous.  “Oh, hey, wait!  We were just joking!  Really!  We’ll stop; you don’t need to bother your dad with this!”

Check out the expression of pure doggy bliss on Riker.

The funniest part of this story is my large imposing dad is a huge softy who chokes up at the slightest sentimental provocation.  I, and by extension, The Kid, got our love of pooches from him.  He’s like Dr. Doolittle.  He adores canines, and they love him right back.  I honestly think every dog I’ve ever owned loved him more than Petey or me, but probably not The Kid, who is also beloved by all dogs and most hermit crabs.

His big heart doesn’t stop at quadrupeds.  When I turned 16 and got my driver’s license, he and Mom bought me a 1971 Dodge Dart Swinger for the princely sum of $500.  My car, which I named Lancelot, had an AM radio which picked up most stations within a ten block radius but not much else.  I yearned for a fancy AM/FM car stereo with a cassette deck.

Growing up, we never went without, but there wasn’t a lot of extra money laying around.  I didn’t have a job yet.  And my folks had just shelled out cash for my beloved Lancelot.  They were tapped out for extras.

My dad, who at this time was still doing difficult and dangerous work in the Coast Guard plus volunteering as a first responder on an ambulance, went out and got a part-time job at the Carvel ice cream store for the money to buy tunes for my car.  I got the stereo. 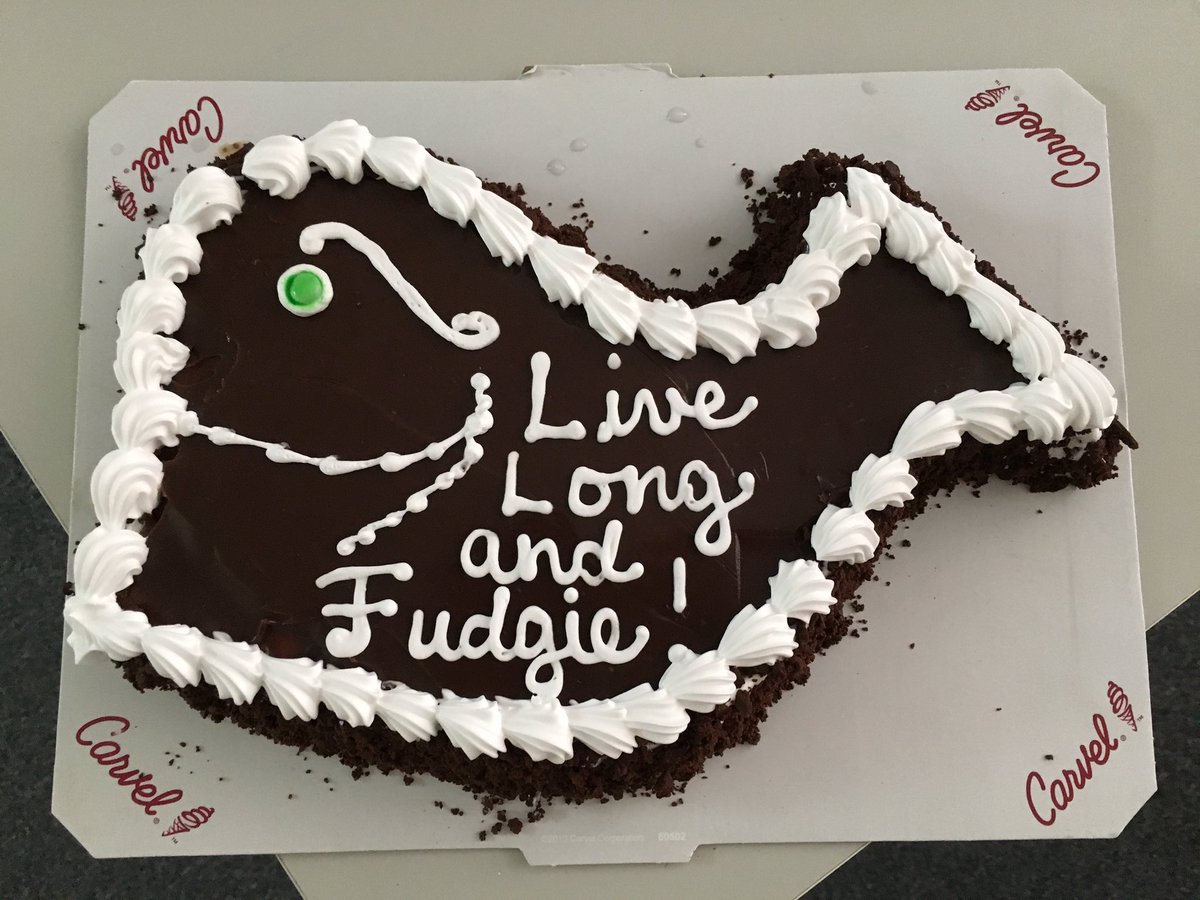 Most people with a somewhat public position would be embarrassed to scoop frozen treats and peddle Fudgie the Whale.  I’m ashamed to admit this, but I would be.  But my father has never seen any shame or reason for embarrassment in honest labor.  He simply can’t fathom that kind of attitude.

Dad invented a part for motorcycles, and shin guards for barrel racing.  He’s survived more than one plane crash.  He beat cancer.  In over thirty years I’ve never stumped him when I’ve called with questions about home or car maintenance, or anything else for that matter.  Just to amuse us he does this hilarious, shambling jig that we call the scarecrow dance; which once seen, is never forgotten.  He’s a fun-loving goofball.  Look into his eyes and you’ll see more than a little mischief.

As I said though, Dad’s not perfect.

The man couldn’t carry a tune with a forklift on the moon.  And, he snores like a grizzly bear with a head cold.  He’s also less than graceful.  Once when cutting down a tree, he missed and buried an ax into his tibia.

So that’s my dad, the superhero.

He just happens to be a superhero whose kryptonite is old photos and long distance commercials.

Happy Father’s Day, and to all a good night.

2 thoughts on “Twinkle In His Eye”