The store was called Stitches, and we sold stylish unisex clothes for young adults.   Think Hot Topic, but more preppy, or Gap, but more trendy.

In this now extinct shopping center there was the obligatory food court.  There were also three eateries that I frequented.  One was Spinnakers; a fast casual which resembled Darryl’s or Bennigan’s.  Another was Picadilly, a cafeteria-style restaurant which was decorated in the style of a London gentlemen’s club with a dash of Southern gothic.

In this mall there was a Dillards.  And like many Southern department stores of days gone by, they had a restaurant in the back.  Like the Belks at Crabtree which had a famous cafeteria heavily patronized by genteel old ladies.  At 1:00 on a Wednesday afternoon, it was teeming with blue-haired doyennes of “Old Raleigh” (The old part is apt. I think some of these patrons might have dated the very Raleigh for which the town is named). 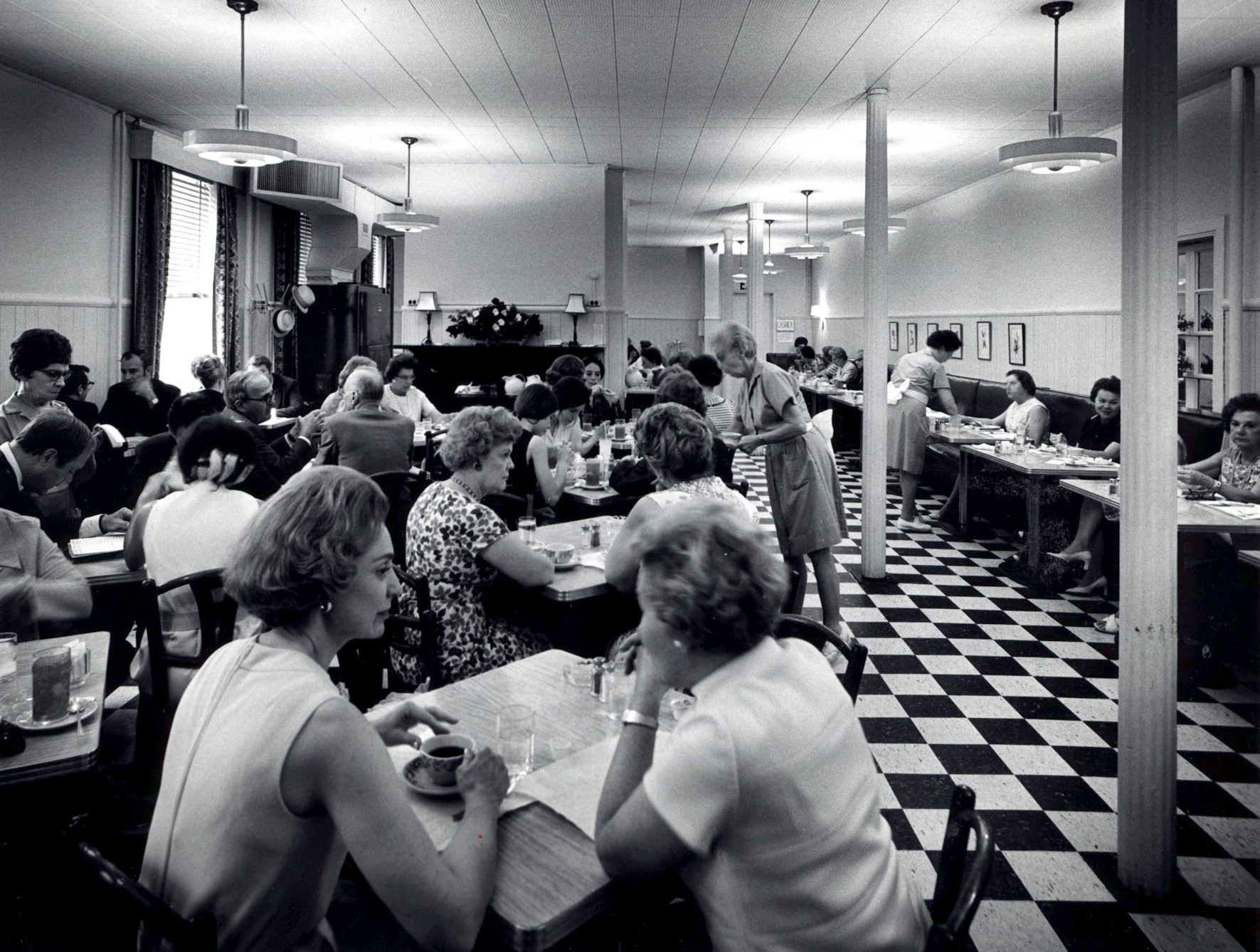 After working at the mall for a while, I became friendly with many of my fellow mall employees.  Unsurprisingly, many of my new buddies were in the feeding business.

The gang at the Dillards eatery became good friends.  I’d always really liked their chicken salad so I asked one of the guys for the recipe.

They gave me the normal ingredients for a classic chicken salad.  But then he told me something shocking; something that I.WILL.NEVER.FORGET.

That chicken salad I enjoyed so much?  Not much chicken in it, ‘cause it was made with turkey.  You could have knocked me over with a feather (chicken or turkey feather, either would have worked).

The guys told me that with a turkey breast (bone-in is best for favor and juiciness), you get only white meat.  It’s also easier to cook well, because unlike a whole bird the breast cooks to one temperature (165) at the same rate.  That way you don’t have a large chunk finished, but continuing to cook and dry out while the rest of the bird catches up.

But don’t fool around with that target temp.  You can cook it to 200 degrees or more if you like dry as dust turkey; that’s your choice.  But always, always make sure the temp reaches at least 165.  If you serve turkey sashimi you can literally kill people.  The bird will still be juicy at that safe, non-lethal temp, I promise. 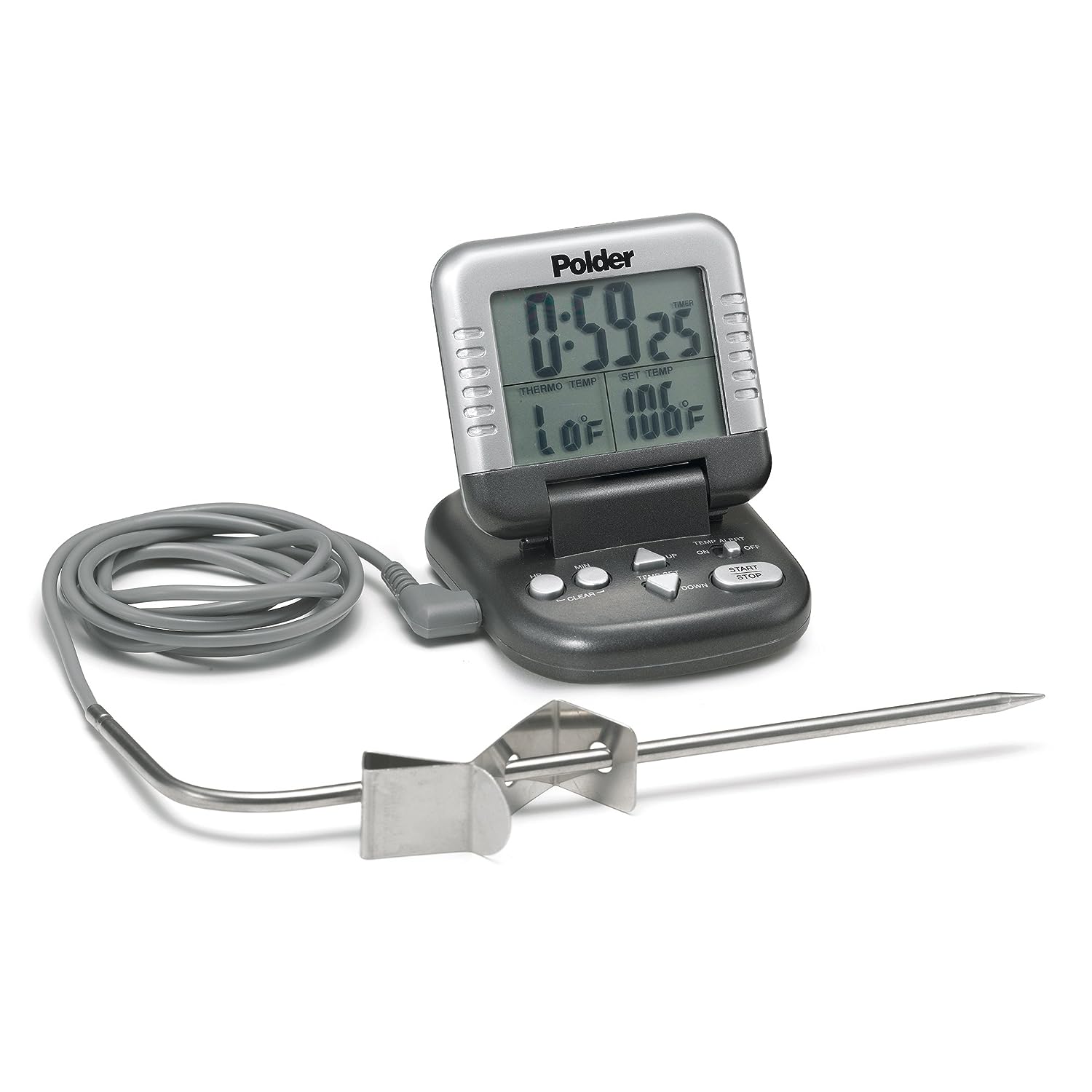 It’s possible you may have some leftover Thanksgiving turkey, hopefully in suspended animation in the freezer because a week in the fridge is too long for safe eating.  If you don’t have any turkey, maybe you’re planning on making more for another holiday meal.

But regardless the genealogy of the bird, my new recipe makes a tasty dish.

2 cup turkey (or chicken) into cubes

2 apples of your choice, peeled and cut into 1/2-inch cubes

Make dressing and refrigerate for at least 1 hour.

Sprinkle apples with 2 teaspoons vinegar to prevent browning.  Since the apples are crunchy, make the turkey cubes about 1 ½ times the size of the apple cubes.

Stir together salad ingredients.  Fold in dressing, starting with half, adding more as needed.  Test for seasoning.  For best texture and flavor, serve right away (you can refrigerate the salad and dressing separately and mix right before serving).  Make 6 generous sandwiches.

When eating this, nobody will ever say, “Tastes like chicken.”

Because nobody will ever realize they’d just eaten turkey.