To look at Petey and me, you’d never guess.

Between us we have two heads, four arms, and four legs.  We read, watch movies, and play with our Pontiac-sized dog.  I adore clothes, shoes, and cooking.  Petey likes sports, music, and meteorology.  We both love to hang out at Costco and judge people based on the contents of their shopping carts.

But there is something very different about us: we’ve never owned a cell phone.

Not counting our house, The Kid has had six different addresses since leaving for college.  These vagabond ways have made a cell the sensible choice.  But we’ve had the same address since 1989.  The most gypsy Petey and I get is visiting both Harris Teeter and Kroger in the same shopping trip.

We also both work from home.  And when we go out, we’re usually together.  Neither of us are brain surgeons or expectant mothers.  We have no need to be connected 24/7.  We’re just not that important. 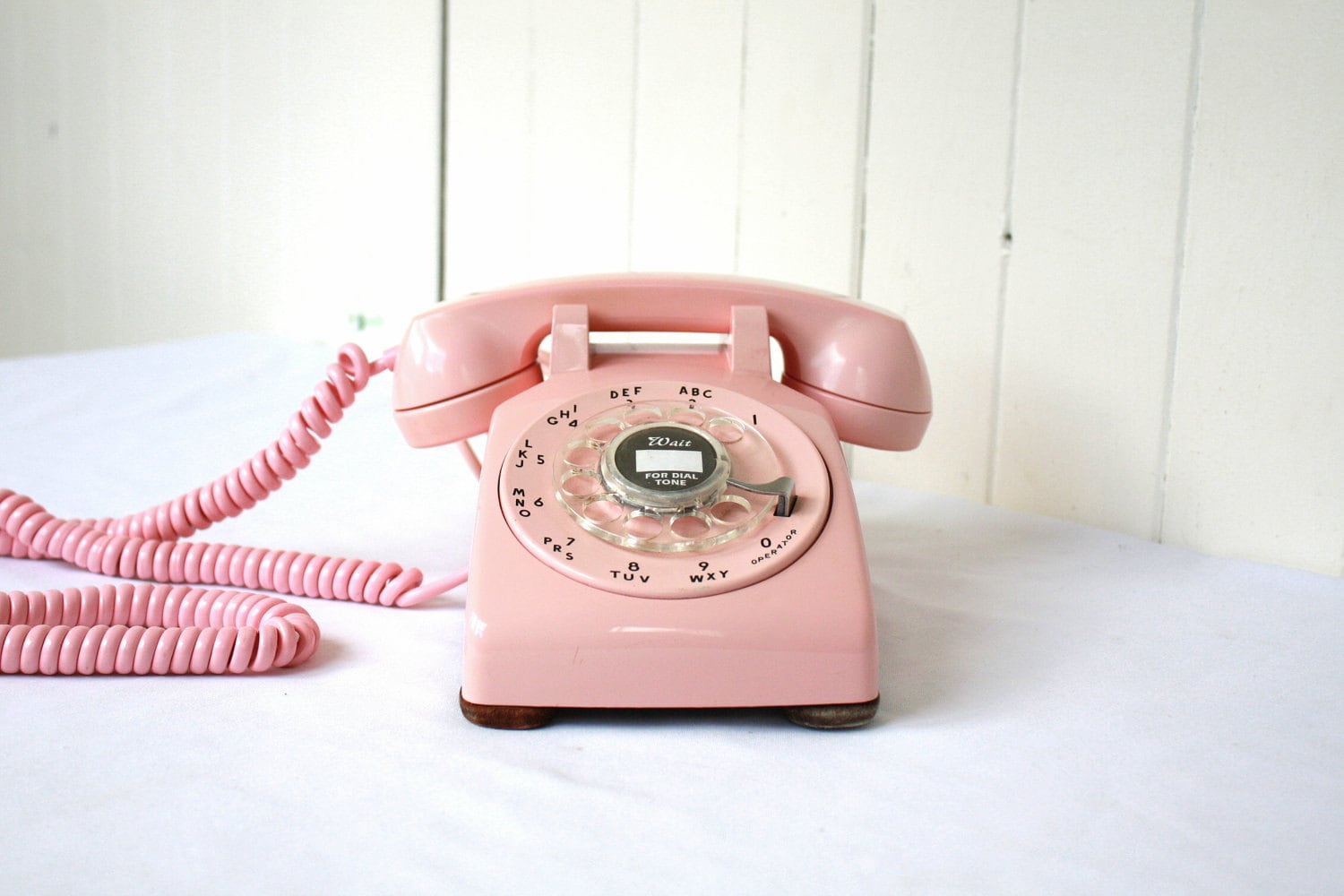 There’s something else you should understand about me.  When I was in high school my nickname was Little Debbie Digit, Queen of the Rotary Dial.  It got shortened to Digit, or Didge, but it all meant the same thing; the telephone and I had a very close, personal relationship.

Can you imagine if I always had a phone on me?  I’m not sure of the ultimate outcome, but I know it wouldn’t be pretty.  I have visions of one of those Special Forces raids, complete with helicopters and armed personnel carriers, flash-bang grenades, and remote robots in an overwhelming show of force all to get the phone out of my hot little hand.

When I tell people that I have no alternate phone number because I don’t own a cell, I get one of two reactions.  People over the age of thirty gaze at me with a mixture of astonishment and wistful envy.  They invariably say one of two things; either, “I wish I could be as brave as you”, or “I’m so proud of you”.  Like I just told them that I mill my own flour, and weave my own fabric.

But the thing that always strikes me coming away from one of these encounters is, why would I want a mobile phone when people my own age act like they’d rather have the plague than their electronic tether?

But it’s the reaction of tech-savvy youth that really amuse me.

Have you ever seen a sci-fi movie where a robot or computer is given input that completely defies any sort of logic?  They start stuttering, twitching, and eventually begin smoking and throwing off sparks, before experiencing a total melt-down.  Often in those movies, it’s how we puny humans take down our robotic overlords.

It looks pretty much like that.  The poor kids just can’t wrap their wired little minds around the concept.  I get a lot of blinking, and what looks like attempts to reboot their programming.

And the few times I’ve had to talk on a cell phone I resemble Granny Clampett.  I hold it about a foot and a half from my head and screech into it.  Honestly, they could probably hear my shouting without the phone.  But the joy that comes from the sight of my mortified child in that situation is worth the frustration of having to talk on one those infernal machines.

And you know what?  When wonderful things happen, I see it first-hand—there is no small rectangle of plastic between me and real life.