So, technically, I wasn’t the flower girl.

Friends and family didn’t ask for exposure through my writing, so they get pseudonyms.  Petey is not on my spouse’s birth certificate; it’s a nickname.  Sometimes it’s something I’ve bestowed, and sometimes I ask the person to pick out their own alias.

But this week there’ll be no pen names.

Until very recently, the right to marry was not universal, and still isn’t universally accepted.  Even now a person’s livelihood and very life can be at risk just by the simple act of refusing to hide one’s authentic self.  To reject shame and embrace pride, to deny secrecy and live openly with dignity, my friends requested that I dispose of fake names for them.

Last weekend we celebrated the marriage of one of my oldest and dearest friends, Maxie Figgs, and his partner of eleven years, Mark Hipps.

Mark, Maxie, and thier four-legged children.

I was honored and touched to be asked to stand with them at the wedding.  The guys were creating their own traditions, so there were no conventional best men or matrons of honor.  I, along with Maxie’s niece and nephew stood at his side while Mark was attended by his best friend and two sisters. 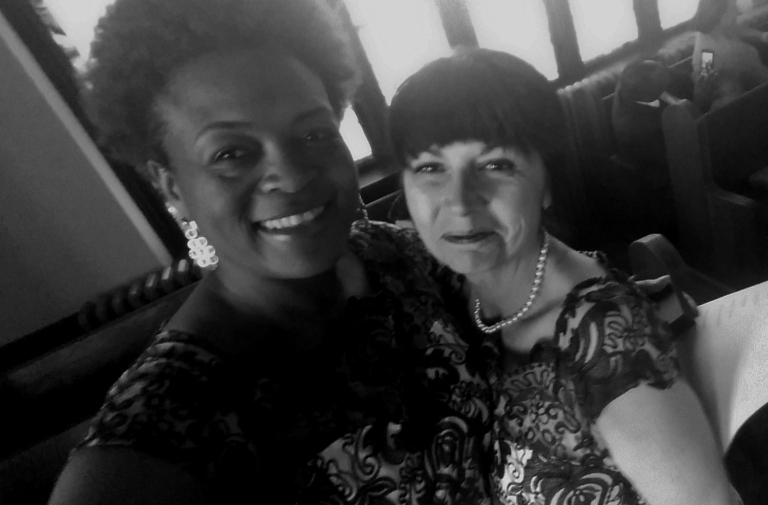 A new friend–Maxie’s niece, Tracy. Notice the matching dresses. She looked way better in hers. I felt like a six-year-old playing dress-up.

Each groom had a little flower girl, and one of my responsibilities was wrangler to Lilly, Maxie’s cherub.  I was to make sure she made it to the altar with no melt-downs or catastrophes.

So finally, after dreaming of it practically my whole life, I got to be a sort-of-flower-girl.

The Saturday nuptials were both beautiful and joyous, and the reception was held at The Pitt (321 W Geer St).  The staff is friendly and efficient and the food delicious; along with traditional tasty treats like barbecue and biscuits they have crazy but inspired items like fried pimento cheese balls (I stopped at three, but could’ve polished off at least ten more).

The rehearsal and corresponding dinner were Friday evening.  It was self-catered in the church’s fellowship hall.  I made vanilla bean and Duke-blue velvet mini-cupcakes for dessert and Mark cooked the rest.  Along with salad, chicken casseroles, and strangely seductive garlic toast, he made his famous lasagna which I’d enjoyed before; at their engagement party.

Mark doesn’t cook with salt; feel free to use it, but taste as you go—this dish is spicy and flavorful.  Serves 20-24

Brown meat and season with herbs to tatste.  Drain off fat after it’s cooled some.

Sautee in butter and olive oil.  Season with garlic powder. 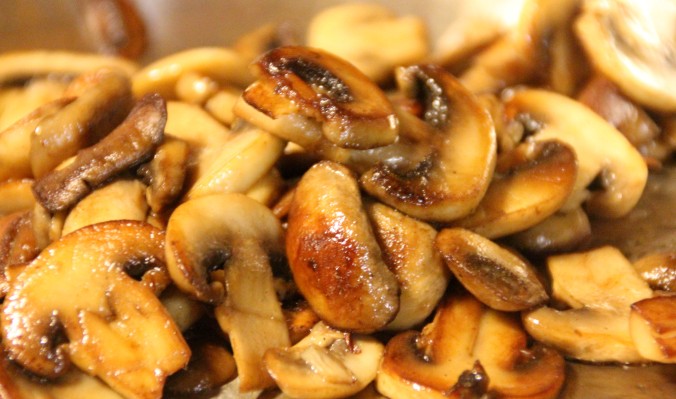 Sautee separately in butter and olive oil with garlic powder.

Pour everything into large pot along with meat, onions, pepper and mushrooms.  Prepare ricotta while simmering sauce on very low heat.  Stir occasionally so it doesn’t scorch.

Loosely layer sauce, pasta, more sauce, ricotta mix, then mozzarella.  Don’t use too much of anything (especially sauce) while building, as it will be too wet, bubble over, make a mess, and waste food.  Repeat until dish is filled, ending with mozzarella.

Bake at 375 for 55 minutes or until it’s cooked through, slightly browned and internal temp is 165 degrees.

In keeping with the “no-tradition” tradition, the wedding party was asked to give a toast if we wanted.  I went back and forth and finally on the morning of the ceremony, decided to do it.  I read a very lovely passage from something I was reading about finding the other half of one’s soul.

It was a Star Trek: The Next Generation book.