The Kid is flying back to NECI on January first.  The plane leaves at the terrifying hour of 6AM. (we’re not morning people).  So, a New Year’s breakfast won’t happen, but my little scholar at least one big, home-cooked breakfast while home for Christmas vacation.

My child has odd tastes.  The Kid will not eat an egg unless it’s been made into a Waffle House cheese omelet.    But, breakfast carbs are a different matter.  Pancakes and waffles?  Loves ‘em.  But hold the syrup.  It wasn’t a fave before going off to school, but Vermont maple saturation turned mild dislike into full blown animosity.

Mama like–The Kid, not so much.

When I was a child, my granny made corn pancakes for me.  Not made with cornmeal, but studded with corn kernels.  When The Kid was very little, I made them.  They were an instant and abiding hit.

Whenever I mention fixing pancakes, my big, grown-up college junior turns into a preschooler.  “Can we please have corn cakes? Please Mommy?”

I’ll have a stack or twelve.

How does a mother say no to that?

They’re actually incredibly easy to do.

Mix the batter in a normal fashion.  You can use any pancake recipe you like, from completely homemade to those shake bottles in the supermarket.  Frozen pre-made flap jacks, alas, won’t do.

When you pour the batter onto the hot surface (a griddle is best for cooking pancakes for a crowd), scatter about 2 tablespoons of frozen, thawed white shoe peg corn onto the uncooked cake.  Then cook normally.

This also works for any other add-ins you want.  Like berries, nuts, chocolate chips, or cheese and bacon.

Waffles can be tarted up like this too.  Sprinkle the goodies after you’ve ladled on the batter, then close the lid.

As a side, we all love potatoes.

My favorite meal to eat out is breakfast.  I love AM potato dishes of all types.  But I normally stick with the hash browns, because many joints make such awful home fries.  They’re too spicy or they’re deep-fried, which turn them into nuggets with only one texture; hard.  You could put an eye out with those things.

The other day at Elmo’s (776 9th Street), my buddy Paxton ordered some.  They weren’t deep fried, but they were burned to perdition.  They were less spuds, and more charcoal briquettes. 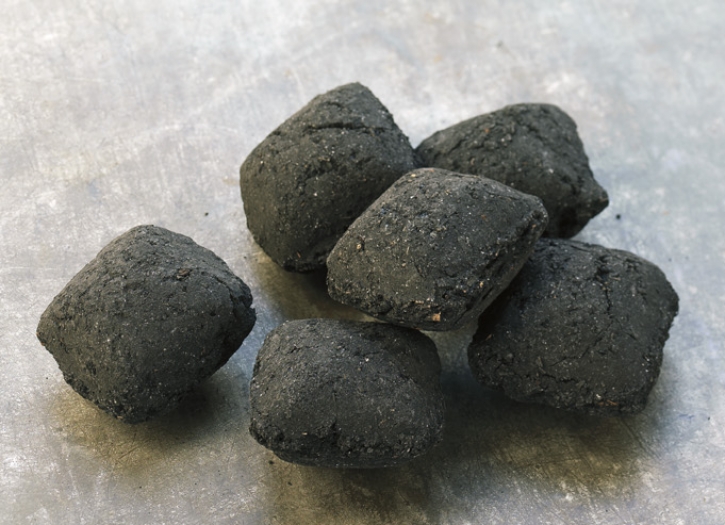 These are not home fries, no matter what anybody says.

On the third try, they finally delivered some that were palatable (the waiter called that batch “light”, we called them edible).  This bummed me out, normally Elmos’ food can’t be beat.

A while back, I was frustrated yet again when out for breakfast, so I decided to try making home fries at home.  I like mine blond-ish, but Petey and The Kid prefer more color and crunch on theirs.  That’s the beauty of DYI, though.  You get to fix them to your liking.

Now that, my friend, are home fries.

3/4 teaspoon seasoning blend (I use Goya adobo with bitter orange, you use your favorite)

Put butter and oil into heated skillet.  When the butter has melted and starts to sizzle, add potatoes, herbs, and spices (except parsley).  Toss potatoes to coat in fat and seasoning.

Spread out in pan and give them a little smoosh with spatula so the taters give a little.  This will give you nice crunchy bits.  Turn heat to medium-low, and let them go for 5-8 minutes without fiddling.  If they’re dark enough for you then, flip and cook on the other side until they’re done to your liking.

Scatter parsley onto taters and toss to evenly mix in.

Although The Kid’s a fan, Petey and I don’t drink coffee with breakfast.  I do love embarrassingly complicated lattes, but only if they’re made by someone else.

However, we do enjoy hot beverages in the colder months.  I make hot chocolate mix from scratch, and it’s easy, at least as good as Swiss Miss, and way cheaper.

Put first four ingredients into food processor and pulse until the powder is finely ground and uniform.  Pour into large bowl.

Boil water, or if using milk, heat until it just comes to a simmer (boiled milk will become wonky and stinky).  Pour over processed mix and whisk thoroughly until completely dissolved.

Place 2-3 kisses into each mug, and pour about a cup of cocoa on top of them.  Stir to melt chocolate, and if you like, top with marshmallows or whipped cream.

It’s perfectly acceptable to make cocoa with water, but if you’re going for it, then go for it.  Also, I’m a fan of Mexican hot chocolate, which is so thick and rich you can almost stand up a spoon in it.

If you want to get all Martha Stewart with your cocoa, make homemade marshmallows.  Tyler Florence has a great recipe on the Food Network website that unlike most recipes, doesn’t entail cooking a sugar syrup.  Making marshmallows is kind of tricky, though.  I’ve ruined numerous batches, so having double the ingredients on hand before starting is not a terrible idea.

But marshmallows made by hand taste so much better than store-bought.  And you can flavor them, or coat them in chopped nuts or coconut.  Imagine peppermint or ginger marshmallows melting into your cocoa.

So, if on New Year’s morning you can face the kitchen, whip up some grub.  Or, you can make it later and enjoy one of my favorite meals, breakfast for supper.  And if you add a slice of melon, you can call it brunch.