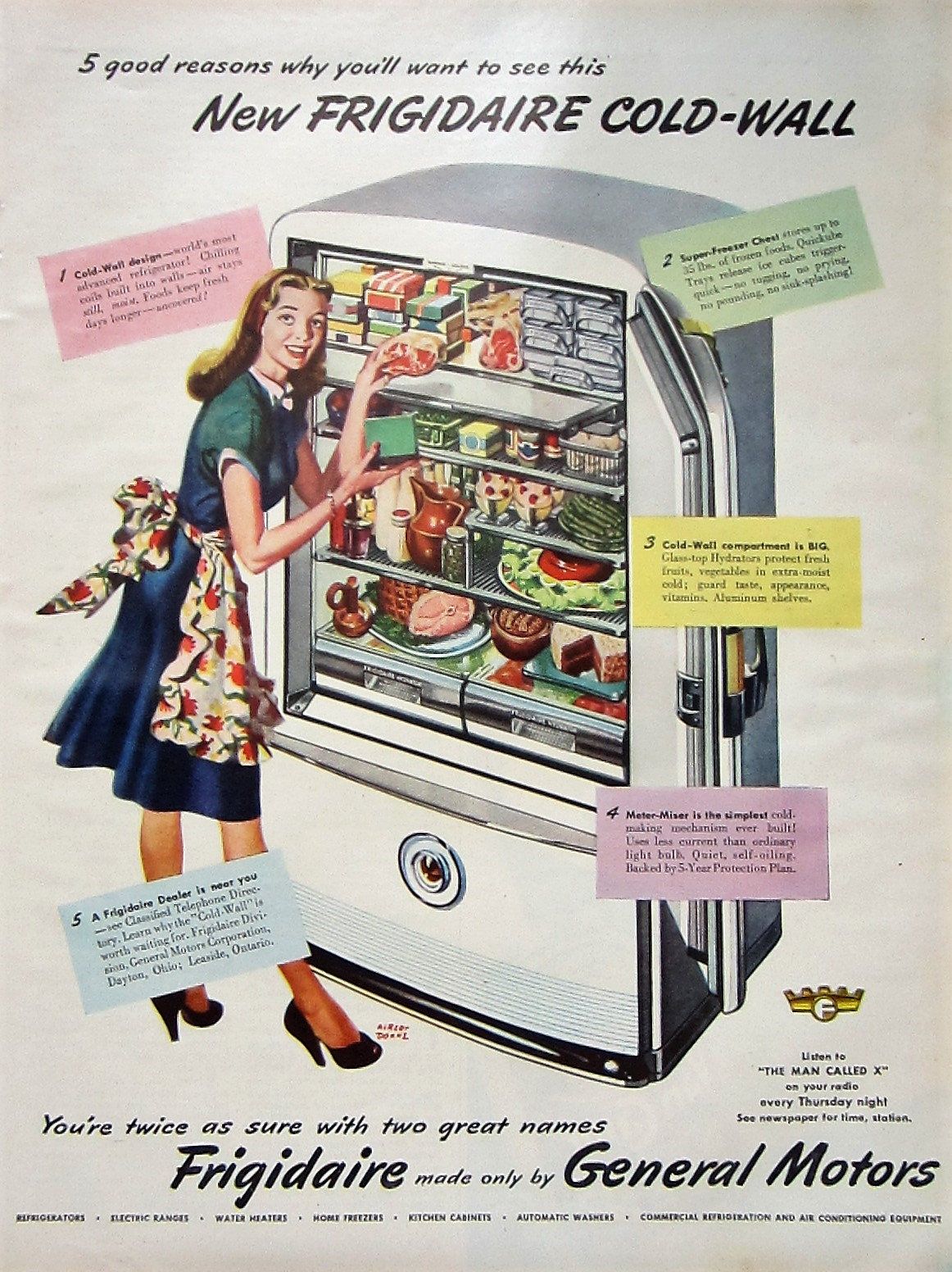 If you’ve ever wondered how long fudge can stay in the freezer, I have the answer.

Have you ever seen those giant teeth at the dentist’s office?  You know the ones that are about a foot tall, which open to a cross section of the different parts of a tooth?

Well, it’s a life-size model of my sweet tooth.

When it comes to chocolate fudge, there are two different types.  There’s creamy fudge; the kind with marshmallow cream—quick and easy.

Then there’s traditional, classic fudge cooked in a pot on the stove until it reaches a very specific temperature.  Then it’s beaten vigorously.  It can go wrong much easier than right.

At the state fair, All-American Fudge makes a stellar example.  It’s better than any old-school version I could make, so I let them do it.  Every year I buy two pounds, bring it home, triple-wrap and freeze it.  I then ration it like it’s the very last pizza at a Super Bowl party.

Well, last year I rationed it too well, and when the fair rolled around, I had about a pound left, so I didn’t buy any more.  Thus, sixteen-month-old awful fudge that broke my heart and left me without fair fudge for Eight.More.Months.

There are two fudges of the easy, marshmallow cream variety that are close to my heart.

The first is a PB&J fudge.  I shared my recipe with Lisa Prince, who along with Brian Shrader does a segment every Friday on WRAL’s noon news, called Local Dish.  This was last Friday’s dish.

¾ cup jelly, jam, or preserves of your choice

Pour half of mixture into baking dish. Drop spoonsful of jam. Using a knife, lightly swirl into the fudge. Top with remaining fudge and dollops of the rest of the preserves. Gently swirl again with knife, just until marbled. 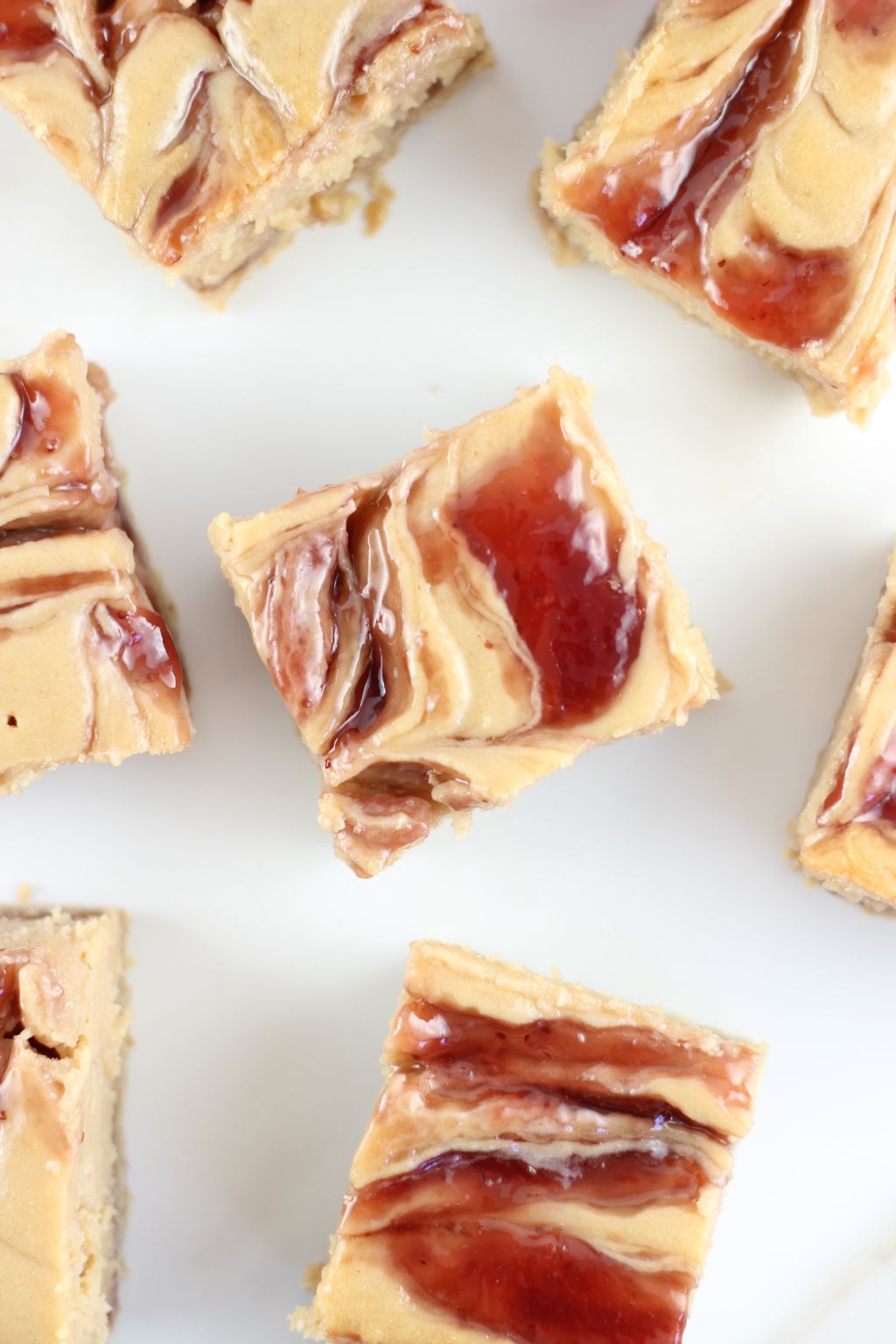 Refrigerate 4 hours, or overnight, until set. Cut into bites. Store in airtight container in refrigerator up to a week.

The other fudge is a long-time favorite; chocolate peanut butter.  It’s easy and tastes so darn good.

*When measuring peanut butter and marshmallow cream, spray measuring cup and spatula with cooking spray to facilitate removal from cup.

The secret to this is to boil exactly 3 minutes. Use a timer. I’m not joking.

I’m sad and disappointed about my fair fudge.

When I get my next fudge stash, I can’t bear to get less than two pounds, and I know it doesn’t last forever in the freezer.  So, like it or not, to avoid wasting food, I’ll be forced to eat more fudge more often.

It’s much maligned, but sugar can be deceptively beneficial.

Before you even bring the sack into the kitchen, sugar can do some impressive things:

Drinking sugar water before vaccinations can help babies better handle the pain of the shot.

Did you dig in to that pizza too quickly?  Sucking on a sugar cube can relieve the pain of a burned tongue.

As a scrub, it’s miles better than anything you can pick up at Sephora.  Mix with a little olive oil into a loose paste and it can exfoliate lips, smooth rough elbows, and knees, and even get paint and grease off hands.

And sugar, almost all by itself can make lots of dreamy dishes.

Caramel.  At its most basic, it’s nothing more than straight cooked sugar.

Add butter, cream and manipulate cooking procedure and you produce everything from pralines, to vanilla fudge, to dulce de leche. 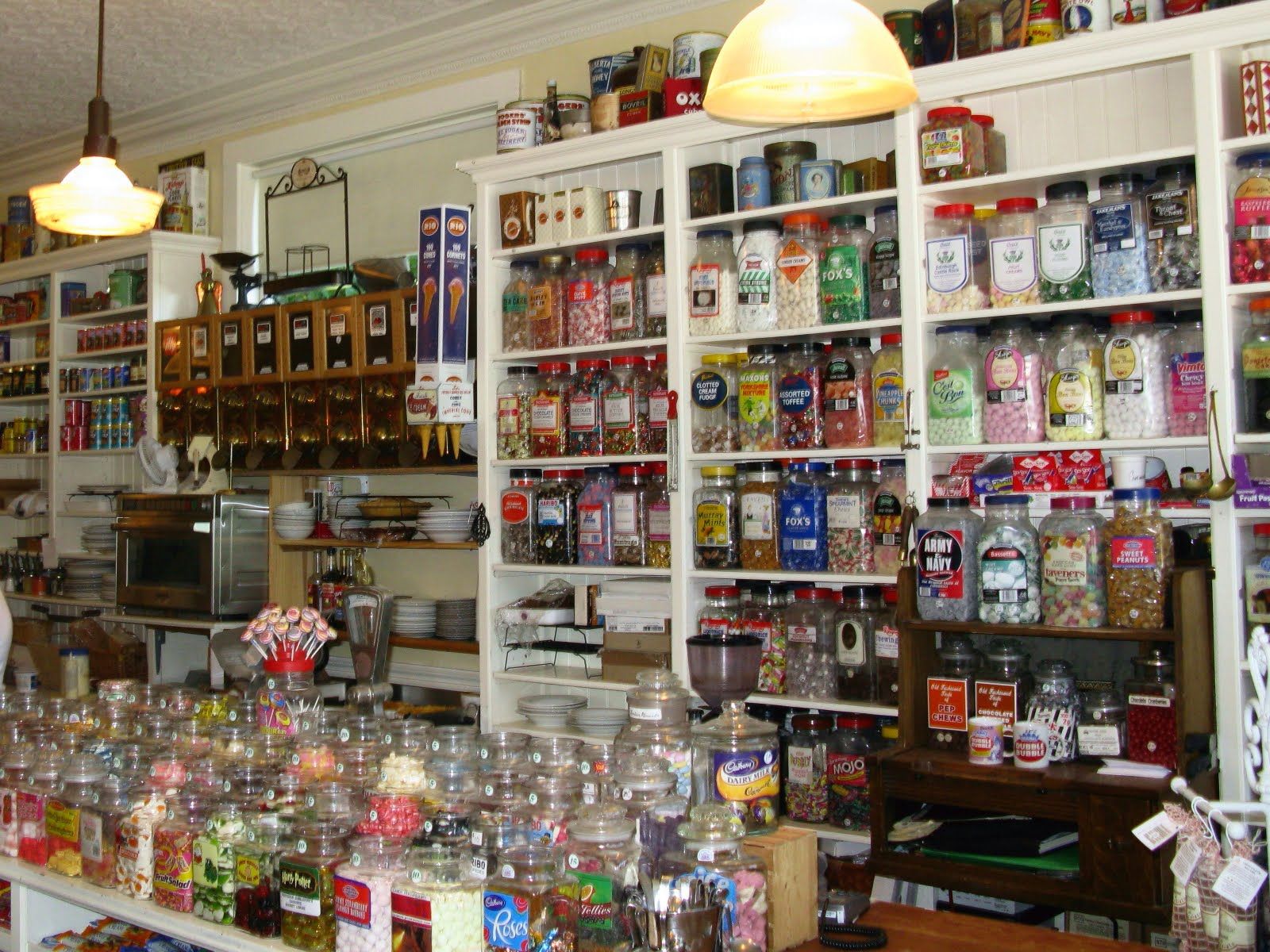 Hard candy, or what the Brits call “boiled sweets” are just cooked sugar with a little color and flavor.  Taffy is cooked sugar pulled, stretched and aerated.  Cotton candy is sugar, melted and spun into gossamer strands.

Last week I spoke about another face sugar can present to the world—the marshmallow.  But the rubbery aspect of its personality is off-putting to me and lots of others.  I also mentioned that I’ve discovered how to get the delicate flavor and soft fluffiness without the creepy elasticity.

The first way is through the divine meringue.  Not the topping for lemon pie, although they both begin life the same way; egg whites beaten into foam with sugar slowly added.  For the candy meringues, you pipe out individual portions and then bake them so low and slowly they dry out and pick up no browning.  Think of them as giant, irresistible Lucky Charm marshmallows. 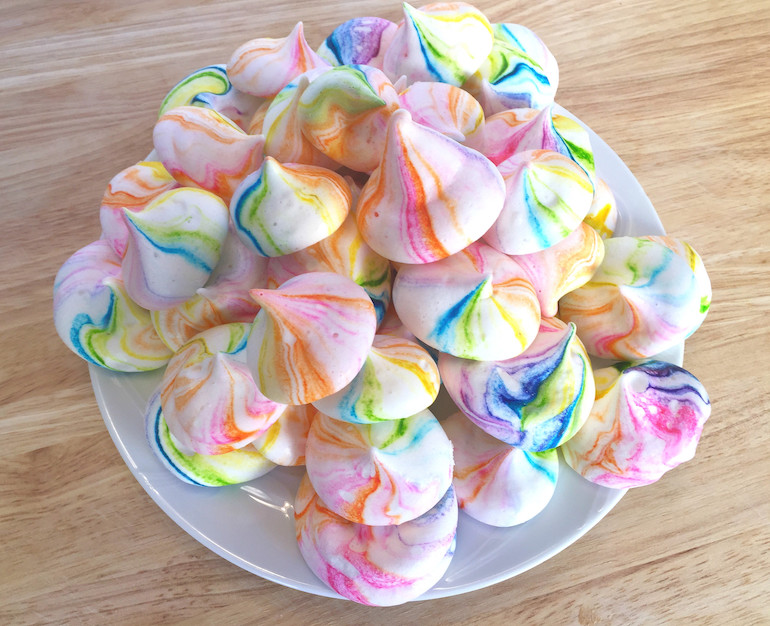 The recipe is easy.  But preparation is more often than not, a heartbreaker.  If it’s humid, they’ll never completely dry out.  If they’re not all consistent sizes, some may brown, while others may stay soft in the middle.  They literally attract and retain moisture from the air, so must be stored with extreme care.

I normally get a 25% success rate.

Yeah, a serving is considerably less than the entire tub…

So, I seldom make them anymore.  They can be bought at grocery stores, pre-made and packaged in air-tight tubs.  They’re inexpensive, and usually get me into loads of trouble.  Despite vows of moderation when purchasing, many tubs have been devoured within 12 shameful hours of acquiring.

So, I try not to do that anymore, either. 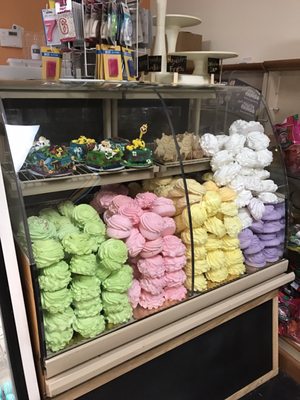 Now, I purchase handmade meringues from this amazing bakery, La Castellana (It means the lady from Castile), on highway 98 in Durham.  They have an entire case of them the exact size and shape of a Big Mac and in all the colors of the pastel rainbow.  I’m a purist and always go vanilla, but each color denotes a flavor, like lemon, strawberry, and blueberry.

The price of these sugary behemoths?

One paltry dollar.  And the place is so full of other scratch-made delights you’ll find loads of other treats on which to spend the rest of your dollars—so be careful.

A chocolate rice crispy cupcake with my marshmallow frosting.

Next week I’ll talk about another avenue to get your marshmallow on without that weird texture thing.  It’s marshmallow frosting.  Fat-free, less sweet than buttercream, and delicious on a multitude of vehicles, including beaters, spatula, and fingers.  Despite the showy appearance, it’s easy to make at home.  And, I’ll tell you how.

I’m always a little skeptical about those sweeping “metaphor for life” pronouncements.

But consider if you will, the cooking of sugar; it’s messy, dangerous, time-consuming and at times boring.  But the payoff, which can come in infinite varieties, is so, so sweet.