That is the response I got when I told The Kid that they used to sell warm cashews in the ladies’ lingerie department in stores.

Are you old enough to remember that?  Every time I went to Belk Tyler’s and JC Penney’s with my mom, she’d get a small bag of cashews.  They were kept in a small, lightbulb-warmed, glass-fronted case that sat on the wrap desk.  The nuts were scooped into little lined paper sacks that made a delicious, anticipatory crinkly sound when the sales lady filled them.

Looking back, when I was a kid there was a lot of stuff that went on that didn’t make a lick of sense.  But at the time, those things seemed perfectly reasonable to everyone.

Since I was a kid, most of the oddness I took note of had to do with kids and the lives we led back then.  Honestly, the fact that most of us made it with hearing, sight, limbs, fingers and toes all accounted for is nothing short of a miracle.

I was in junior high before our family car had seatbelts.  The only baby seats were the laps of adults.  I and every kid I knew regularly napped in that shelf between the back seat and back window.  In the mid-seventies, our family owned a VW bug, and when there were more people than seats, I sat in the tiny space behind the back seat.  If we’d ever been rear ended, they would have had to use tweezers to gather me together.

Leaving us at home to play was no guarantee of safety.

I’m not sure if we had toys or potential exhibits at the manslaughter trial.  Lawn darts: sure kids, here are some metal darts with tips sharper and more lethal than the arrows headhunters use.  So make sure you throw them into the ground and not at your little brother.

Slip & slide?  More like slip and call the insurance company and see what our deductible is for personal injury.  Older children with a scientific bent were given chemistry sets—basically child-sized meth kits.

Our Halloween costumes came in boxes; cover-alls that tied at the neck and plastic face masks that stayed on by a thin elastic thread.  If we behaved while trick-or-treating and Mom was in a good mood, we’d get to wear them to bed.  We had choices like Barbie, GI Joe, and Underdog.  But these suits were so flammable it was like we were running around the neighborhood wearing shiny, colorful explosives.

As an asthmatic with croup, Mom said I spent many nights clad only in a diaper, sleeping on a bed of ice–not unlike shrimp cocktail.  Only without the tomato/horseradish dipping sauce.

And when we did get hurt or sick, the medicine and treatments we were given would be the basis of a social services investigation these days.

Upset tummy?  Every home medicine cabinet had a bottle of Paregoric, which settled even the worst stomachaches.  The reason was it was chock full of morphine, which effectively paralyzed our innards.  A cold with a cough was treated with a heaping spoonful of medicine full of codeine.  A scraped knee could give you a touch of brain damage when the antiseptic dabbed on it was Mercurochrome, a mercury-laden wonder drug.

Thinking about the vast difference between my childhood and kids of today makes me think.  I wonder if, in thirty years, parents will be shocked and appalled that when they were little, they were actually allowed to walk in the scary, dangerous outdoors on their own two feet, they used their teeth to chew potentially harmful solid food, and they hadn’t even invented bubble wrap suits yet.

Now that’s my kind of crazy.  I’d love to be as fierce as these amazing women.

And I’ll be in my rocking chair at the home, laughing my mercury-addled head off.

When I was five, I learned the meaning of the phrase, “heathen savages”.

The kindergarten class of Lad-N-Lassie School in Mobile, Alabama went on a field trip to a local fire station.  When we arrived, one of the fire fighters met us and showed us all around the inside of the station house.

Frankly, it was dull.  We saw the kitchen, dormitory, offices, and a living/rec room where the firemen hung out between calls.  We wanted to see the Dalmatian and a house fire.  We wanted to go flying down the road hanging onto the truck wearing giant raincoats.

Finally, we were led into the engine bay.  Our guide spread his arms wide and told us, “Go ahead, kids.  Look around.  Have some fun!”

Have you ever seen one of those videos where they drop Mentos into a two-liter bottle of Diet Coke?  How it explodes, shoots out of the top, and then just keeps exploding ‘til the bottle’s about empty?

That was pretty much the entire kindergarten class of Lad-N-Lassie that day.

Here’s the thing.  My dad was in the Coast Guard.  He flew; in either helicopters or very large airplanes.  He welded them when something needed welding, navigated when they were flying, and jumped into the ocean to rescue folks when they got there. 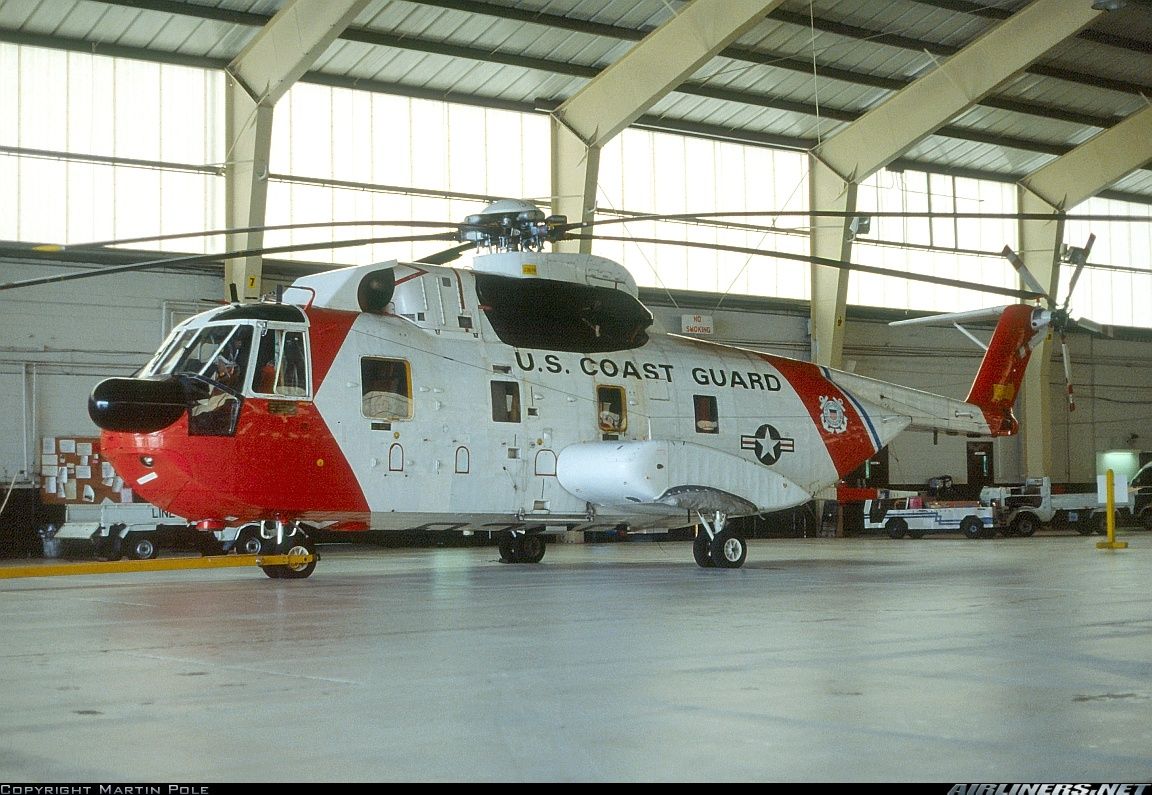 I grew up visiting the base, running around giant hangers, and climbing in and around huge flying machines.

So, to me, a couple of fire trucks were not the fascinating novelty they may have been to other children.  But I had spied something that did seize and hold my attention.  It was all I could see, and all I could think about.  It was that great, shining fireman’s pole.

Next to it was a compact metal circular staircase.  In caper movies, or films with a big escape scene they all have one thing on common.  The need for a distraction.  Something to draw the eye and engage the concentration.

If I had ordered a distraction out of the Sears Roebuck catalog, I don’t think it could have been any better.

Two classmates were stuck in one giant rubber boot having a slap fight.  A couple of kids were doing what looked like swing dancing on the roof of a truck.  One girl had found the horn and I think was attempting to play “The Girl from Ipanema” on it.  One boy, named Prairie, had taken off his shirt and was sitting on the floor whacking two helmets like bongo drums.  The teachers and chaperones were dividing their time between running after some children and begging others to get down.

The fireman/tour guide looked like he wanted to cry.

Keeping one eye on the chaos, I sidled over to the steps and started up, thinking as hard as I could, “I’m invisible, you can’t see me, I’m invisible…”

At the top, I wrapped my arms around the pole.  I took a deep breath, leaned in, and gave a little hop into space.  I slid down, my brand new field trip dress blown up around my shoulders, my underwear fluttering in the wind.  It was the most exciting 1 & ½ seconds of my young life. 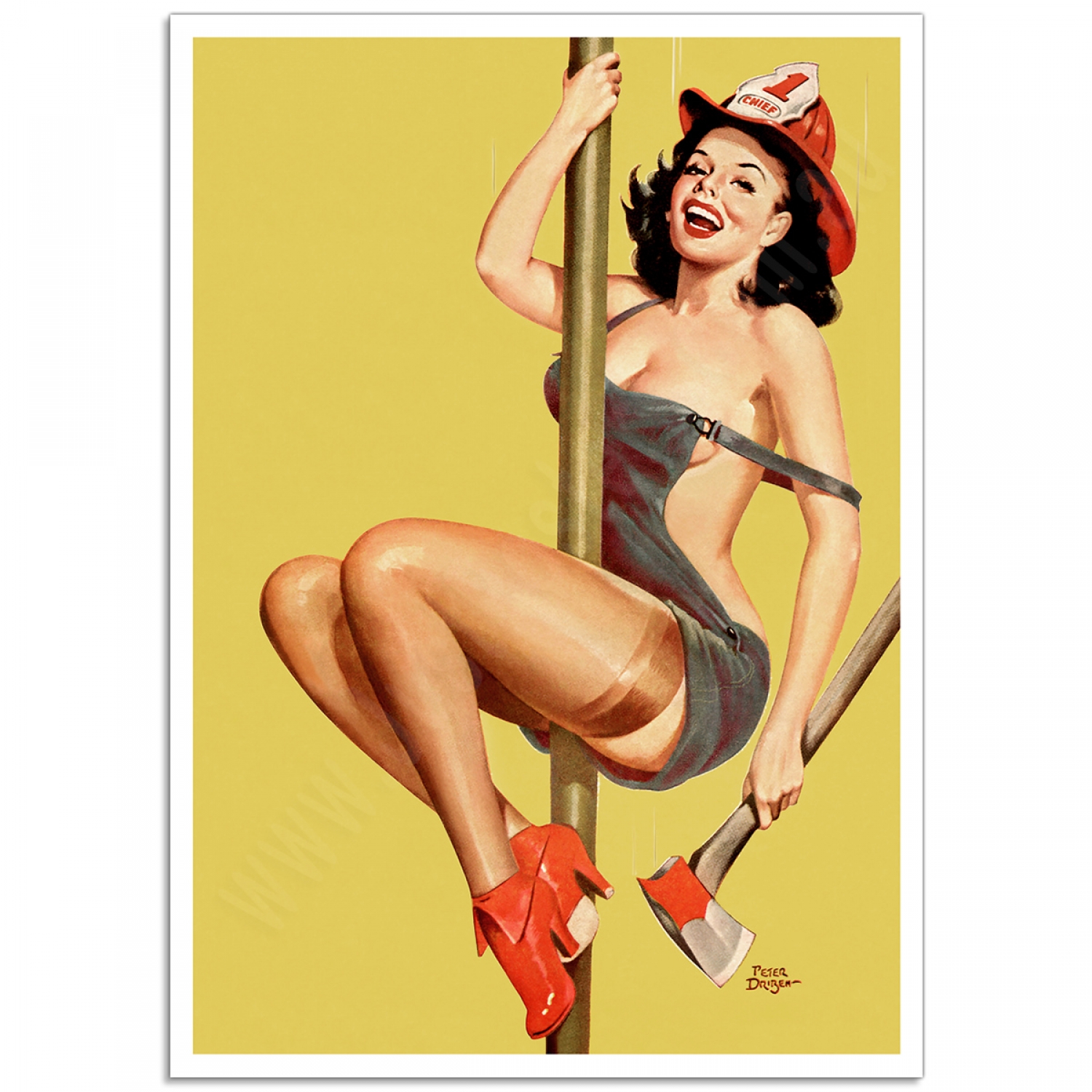 My feet hit the ground about the time the adults registered my trip.  I was the first and last kid to make the journey that day.  With the assistance of the rest of the fireman, us kindergarten cats were herded out and onto the bus for the drive back to school.

At dinner that night Mom and Dad asked how the trip went.  My answer was a question.

“What are heathen savages?” 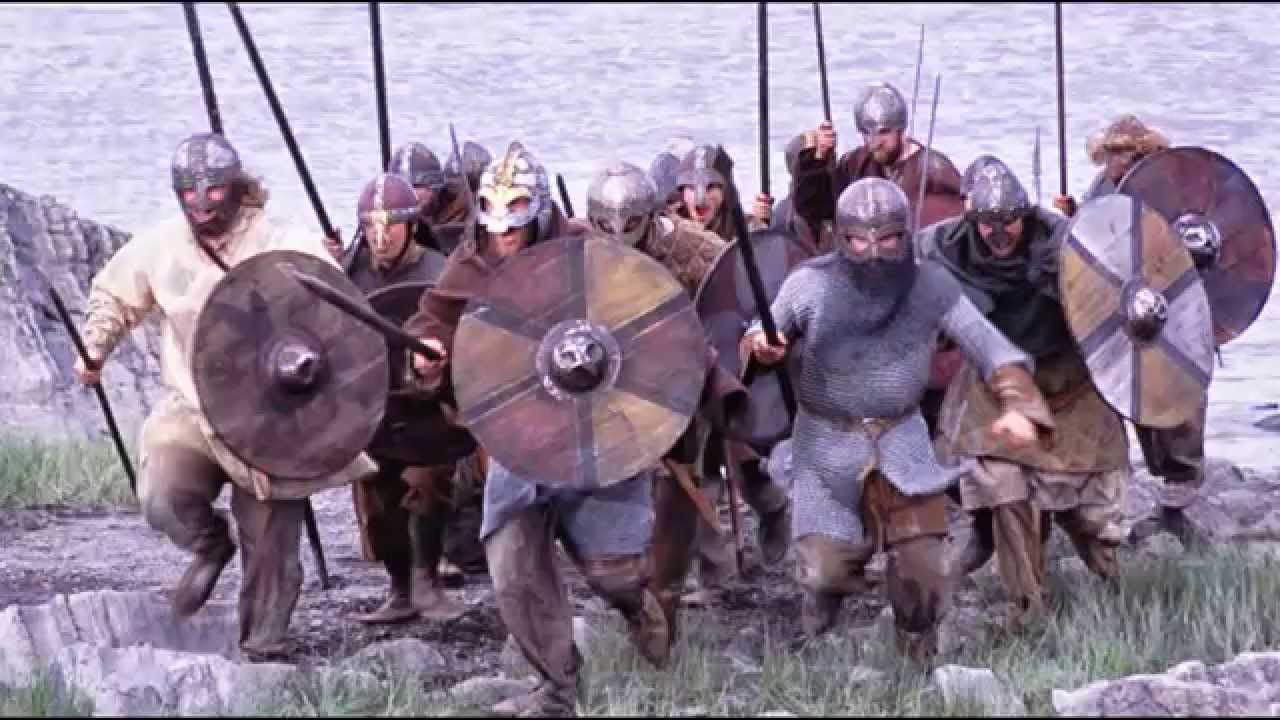