In the end, we were lucky; we didn’t lose power. 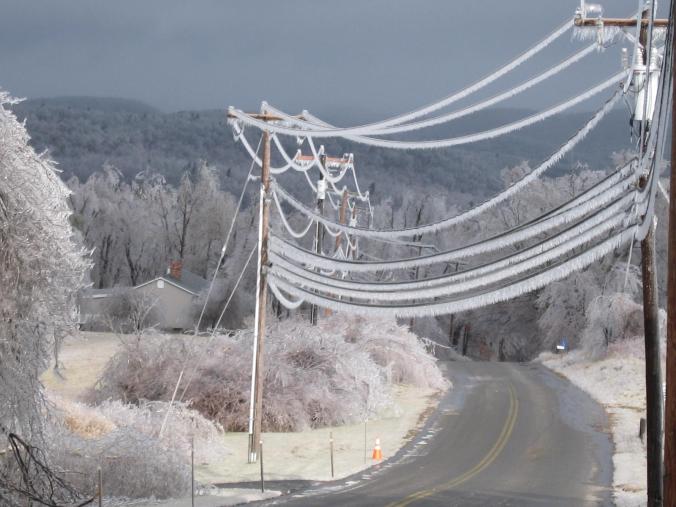 But two weeks ago it was a distinct possibility.  It only takes a little ice on the wrong line or tree limb and we would’ve been in the dark and the cold.

So, last Friday, we went by Harris Teeter to pick up a few items that might keep us from starvation and the ensuing cannibalism should we lose electricity.

And of course, the store was a study in madness. We got some chips and then headed to the deli counter.  Petey chose ham, I picked corned beef, and in case The Kid came over, I bought some roast beef.

So, we went home with enough supplies to keep us alive even if we were eating in the dark.

Like I said, the electricity stayed on.  And, The Kid never came over.

But there was no way that I was going to waste expensive lunch meat.  So, Saturday night, even though it was literally freezing cold, we had sandwiches.  Sunday we had hot food, but Monday we ate more sandwiches because we had more meat, and the roast beef needed to be eaten.

About thirty years ago or so, Petey and I rented a cottage in Nags Head. This was before I had interest or skill in cooking, so we bought copious amounts of sandwich ingredients.  One of them was roast beef.  And there on the outer banks, I invented a new sandwich.

I spread a very, very thick layer of mayo on one side.  On the other side I put about an inch and a half of cream cheese.  I then added a healthy stack of roast beef, a couple slices of ripe summer tomatoes and plenty of crispy bacon.

When years later I ordered it from a sandwich shop, the nice lady who made it said it was one weirdo of a sandwich.  The name stuck, and my creation became “The Weirdo”.

On that frozen Monday I planned on a simple roast beef and horseradish mayo on sourdough.  But when I opened the fridge to retrieve the mayonnaise, I spied some homemade onion marmalade.  Into the mayo it went.  I also seasoned it with some coffee salt I had just made (the recipe’s in Salting the Salt Away Daily Dispatch-7/6/2016).

It was at this point I made the decision to make for myself a new version of a  Wierdo.

But I was three decades older, and fifty pounds lighter.  I wanted the flavors, but in a package that wasn’t so cardiac-crushingly rich, heavy, and caloric.

On one slice of bread I spread the horseradish mayo.  But instead of half a pound of full fat cream cheese, I’d make a lighter spread.

Throw everything except salt & pepper into a small food chopper and mix until it’s fully mixed and a pale orange in color.  Taste and season.

Makes enough for 2 or 3 sandwiches.

To this updated sandwich I added shaved red onion to counterbalance the sweet caramelized onion and a handful of pea shoots for crispy freshness.

You can use my cream cheese spread on all kinds of food—I think it would be earth shaking on a burger or a BLT.

But if you like the occasional roast beef sandwich, I hope you’ll try my Weirdo 2.0.